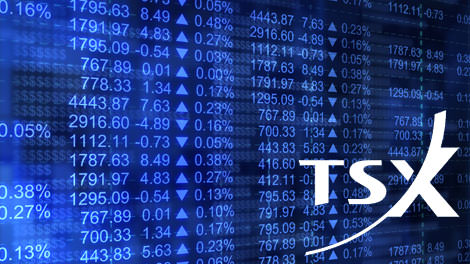 Just doing a brief equity scan of the winners and losers of 2021 to give me an idea where the trends are going.

The TSX is littered with the carnage of gold mining companies. They’ve performed well for the year, but in the past two months, they are all trading down. Notables include Gran Colombia (TSX: GCM) and New Gold (TSX: NGD), both down roughly 30% for the year. New Gold is still well up (about 80%) year-to-date, while Gran Colombia is roughly flat.

The first non-gold corporation of any significance that hits the scanners is Docebo (TSX: DCBO), down about 28% for the year. They went public in the summer of 2019 at CAD$16/share, so they’re still massively up from their IPO. Their primary business is educational software, which needless to say, was a very timely sector to be in during COVID-19. With a market cap of nearly $2 billion and “annual recurring revenues of $73 to $74 million”, it trades like a typical SaaS COVID company. Their stock performance is likely a reversion to the mean scenario.

Next down the non-gold list is Ritchie Brothers (TSX: RBA), down 22%. They’ve done reasonably well post-Covid, but had a mild miss on year-end earnings. While the company itself is solid, they are still at valuations that I’m not tremendously interested in the stock.

Moving further down the list, we have Trillium Therapeutics (TSX: TRIL), down 21%. I don’t see any obvious reason why they are trending down.

Then in the 20% or greater category, we have BBTV holdings (TSX: BBTV) which is down 21% for the year as well. They went public last autumn for CAD$16/share and let’s just say they’re an interesting company.

There are many, many more winners on the TSX scan than losers. There’s about 80 companies that are up more than 50% year to date. I won’t talk up my own book, but I’ve generally been surprised to see some names that I own in this list!

The highest performers have been, interestingly enough, in marijuana. Aphria (TSX: APH), Canopy Rivers (TSX: RIV), Supreme Cannabis (TSX: FIRE) and Village Farms (TSX: VFF). Another tier has been what I consider to be ‘marginal’ mineral miners. I won’t name them. There are also a lot of other marginal companies as well on the list (associated with crypto, but also oil and gas). The next tier down is a mix, but mostly non-gold commodity companies. Notables include: CRH Medical (TSX: CRH) which got bought out by Well Health (TSX: WELL), Denison Mines (TSX: DML). Other standouts include Canada Goose (TSX: GOOS) and Cineplex (TSX: CGX).

Interesting times. Will gold continue to show weakness? Will there be a huge mean reversion with the rest of the market?