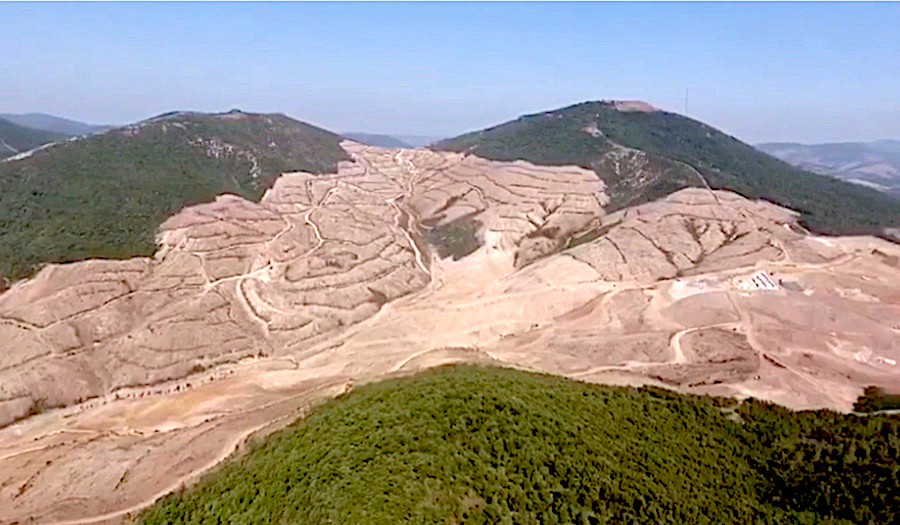 Canada’s Alamos Gold (TSX, NYSE: AGI) is seeking to obtain more than $1 billion from Turkey for what it deems “unfair and inequitable treatment” of its Kirazli gold project, which has been halted since 2019 following protests and the expiration of the mining permit.

The Toronto-based miner and its Netherlands units, which have had an active presence in Turkey since 2010, said the claim will be filed under a Netherlands-Turkey bilateral investment treaty.

“Alamos and the subsidiaries have invested over $250 million in Turkey, unlocked over a billion dollars’ worth of project value, and contributed over $20 million in royalties, taxes and forestry fees to the Turkish government,” the company said in the media statement.

The gold miner said the sought sum represented the value of all its Turkish assets.

Opposition to Kirazli, located in a forested region near Mount Ida, began building two years ago, on the back of allegations that the miner had exceeded the number of trees it was supposed to cut down, according to an environmental impact report.

Protests grew larger after the company’s alleged plans to use of cyanide flooded Turkish social media.

Alamos, which has denied claims of cyanide leaks into the project’s surrounding area, said the Turkish government has failed to grant a routine renewal of its mining licenses in the 18 months since expiry.

The company says that during that time, it has met all legal and regulatory requirements for the renewal.

“The failure to renew the company’s mining licenses will result in the loss of over a half a billion dollars in future economic benefits to the Republic of Turkey, including tax and other revenues, and thousands of jobs within Turkey,” Alamos said.

It noted that, as a result, it expects to incur an after-tax impairment charge of about $215 million, which will be recorded in the second quarter financial statements.

The Kirazli gold mine was expected to produce an average of 104,000 ounces at all-in sustaining costs of $373 per ounce over a five-year mine life.

Alamos currently has two operating mines in Canada (Young-Davidson and Island Gold in northern Ontario), and one in Mexico (Mulatos, in Sonora state). It also has projects in the United States.