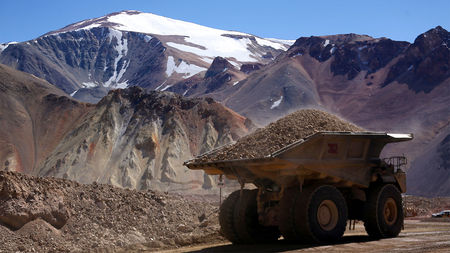 Argentina’s National Mining Secretariat issued a dossier with updates on projects being carried out by Canadian mining companies.

Among the top highlights in the document is Yamana Gold’s (TSX: YRI) production guidance for the Cerro Moro operation in the southern Santa Cruz province.

The Argentine mining agency expressed optimism because Yamana announced a continuation of its exploration campaign at Cerro Moro with the goal of extending its mine life.

When it comes to battery metals, the National Mining Secretariat pointed out the beginning of Alpha Lithium Corporation’s (TSX.V: ALLI) phase 2 campaign of its three-phase drilling program at the Salar de Tolillar lithium project, located in the northwestern Salta province.

Recently, Alpha informed that it added a second drilling rig to accelerate the campaign and move towards the completion of a 43-101 resource estimate.

The Vancouver-based miner has also said that its field team is currently focusing on the southern extension of the Tolillar salt flat, which hasn’t been previously explored but where the geophysics program identified deeper horizons indicated to contain brine.

The Secretariat’s dossier also brings attention to the case of Minsud Resources (TSX.V: MSR), whose exploration activities at the Chita Valley Cu-Mo-Ag-Au project in the western San Juan province received a funding boost by Australia’s South32.

In detail, South32 agreed to fund exploration in 2021 as per an earn-in agreement both companies signed in 2019.

The funds will allow Minsud to launch a phase-3 diamond drilling program at Chita Valley, once its geological team finishes the re-logging of the phase-2 drill core and mapping, together with a review of all the available structural and geochemical data.

The Canadian company has said that this information will assist targeting for the next phase, which is currently being designed and scheduled to commence during the first half of 2021.

According to Minsud, the results of the phase-2 scout drilling exploration program confirmed intercepts that support effectively the presence at shallow and at down-depth level of a Zn-Pb-Cu-(Ag-Au) polymetallic epithermal system and deeper parental porphyry Cu-Mo-Au open to the north-northeast at the project’s Chinchillones area.

The $3-billion Josemaría project already has a feasibility study, which demonstrated a rapid pay-back, low-risk project, with an open-pit operation feeding a conventional process plant at 152,000 tonnes per day over a 19-year mine life, yielding average annual metal production of 136,000 tonnes of copper, 231,000 ounces of gold and 1,164,000 ounces of silver per year.

At present, Josemaría Resources is working on the project’s environmental impact assessment.

Are Yields About To Blast-Off: Here Are The 3 Things To Watch

Three Catalysts For A Reflationary Overshoot Loom Over The Next Month