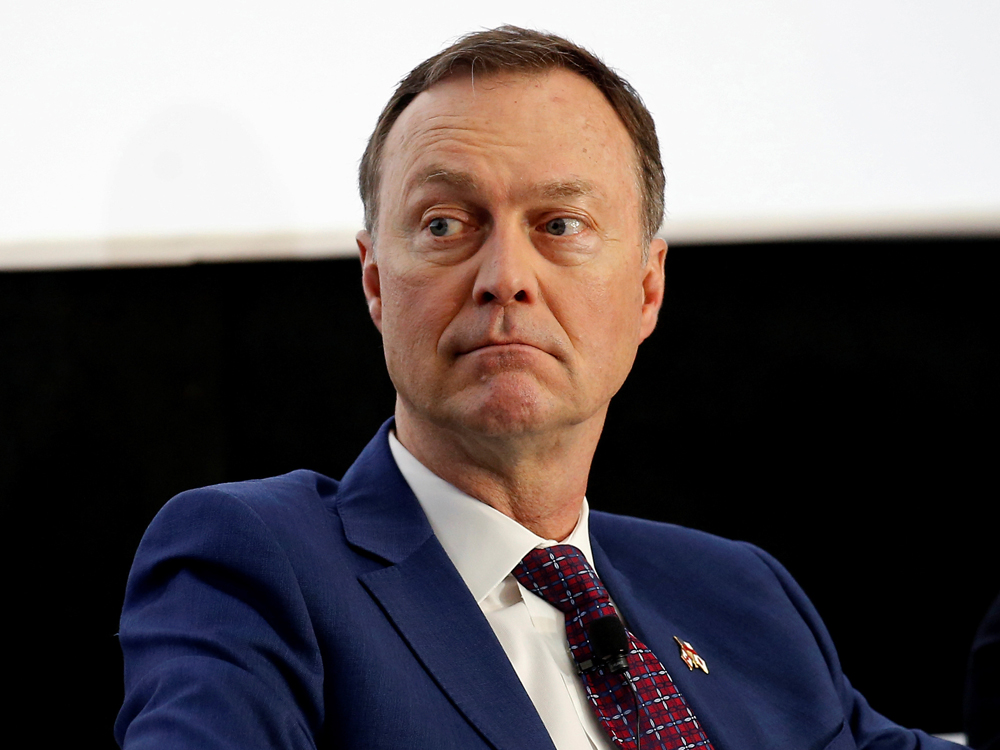 Days after Teck Resources Ltd. publicly pulled the plug in February on Frontier, a proposed $20.5-billion mine in the oilsands, one of the company’s largest investors started a campaign to oust the company’s chief executive, Don Lindsay

Bob Bishop, founder of Impala Asset Management, a Florida-based resource focused hedge fund, which has been a shareholder since 2016, wrote a letter in late February to the board; and then a few days later, just before coronavirus halted all air travel, he flew to Toronto to deliver his message in person to the company’s chair Sheila Murray: It’s time for Lindsay to go.

For Bishop, whose firm owned 1.9 per cent of Teck’s Class B shares at year end, oil was proving to be another mistake in a long line of miscalculations: Teck invested $1.1 billion in Frontier, one of the largest greenfield oil projects ever imagined in Canada, before it abruptly withdrew from the permitting process. Separately, it invested $6 billion in the Fort Hills mine — operated by Suncor Energy Ltd. — with only about $54 million in EBITDA to show for it, according to Bishop’s calculations. Now, as oil prices hit record lows, Lindsay has said the company may sell its 23.1 per cent stake in Fort Hills.

“This whole oilsands strategy has just been a complete disaster,” Bishop told the Financial Post.

While Lindsay declined to comment for this article, it is clear his company, Canada’s largest diversified miner, is struggling through a rough patch. All four of the commodities it produces — coal, copper, zinc and oil — have suffered double-digit price declines. Now investors are suddenly rising up to challenge its once unassailable CEO.

Lindsay, who has an MBA from Harvard and was an investment banker with CIBC World Markets Inc. for 19 years before he took over Teck in April 2005, is one of the longest serving CEOs in the mining sector, among major companies.

Both Murray and her predecessor as chairperson, Norman Keevil Sr., have defended Lindsay, saying they have no intentions to replace him during a global pandemic, especially as the company has embarked on a multibillion expansion of its copper mines in Chile. 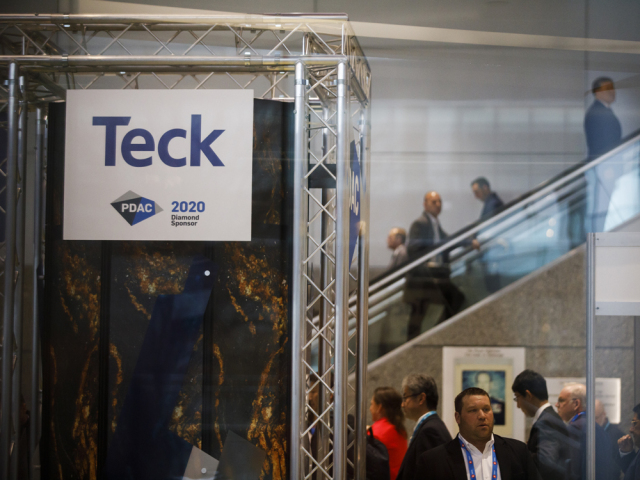 Keevil’s support is especially important thanks to a dual-voting structure that affords class A shareholders 100 votes for every one vote held by class B shares — and his family holding company controls roughly 28 per cent of the class A shares.

“This is not the time to change horses in mid-stream,” Keevil said in a statement.

He cited the coronavirus pandemic, which has added unprecedented uncertainty to the economic outlook, but also the multi-billion dollar expansion of its Chilean copper mine, known as Quebrada Blanca Phase Two or QB2.

Meanwhile, Murray said in a statement the board had spoken to two concerned investors, and remains “confident” in Lindsay’s ability to execute on strategy.

Still, the company is currently facing a protracted period of decline. Even in early January, before the coronavirus pandemic caused any economic fallout, it was clear Teck was struggling, with its stock down 45 per cent over the prior two years..

During the past decade, Teck’s stock declined 59 per cent even as the S&P Global Mining Index increased 0.42 per cent. Rivals, such as Rio Tinto Group, also a diversified miner with a somewhat similar commodity asset base, has rallied 47 per cent during that time.

Meanwhile, according to the company’s annual disclosures, Teck has awarded Lindsay roughly $115 million in compensation since 2005, including $10 million per year on average beginning in 2011 — making him one of the highest paid CEOs in the mining industry, another sticking point for his critics. 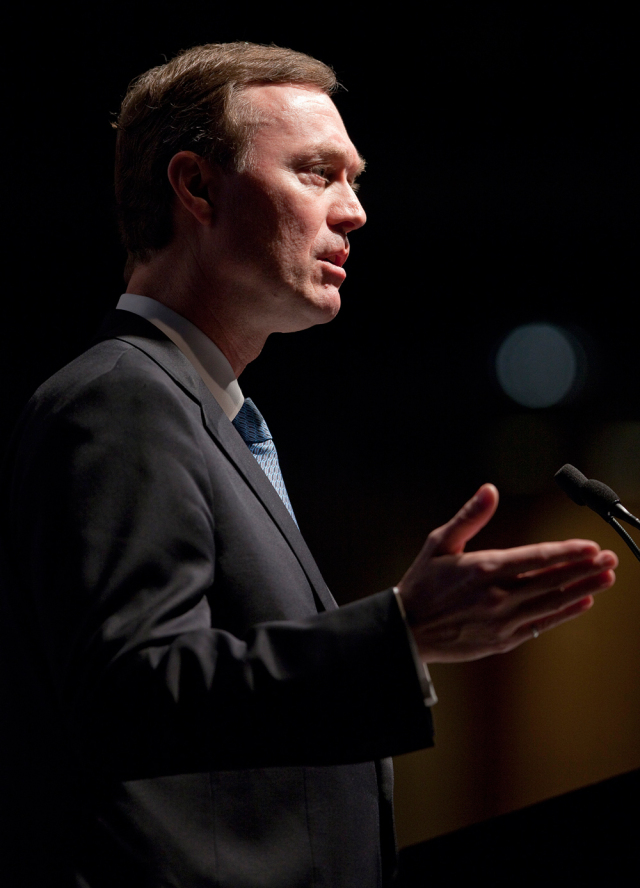 At the Bank of America’s Securities Global Metals, Mining and Steel Conference earlier this month, Lindsay acknowledged the “dramatic” impact of commodity swoon on his company. Its coal margins have declined 93 per cent, zinc is down 50 per cent, and copper margins are down 28 per cent. As oil traded below US$30 per barrel on May 12, he said the company went from making $7 per barrel to losing $25.

Still, Lindsay argued the company has ample liquidity to weather the downturn, and promised investors that his current strategy — investing profits from coal into copper — would allow the company to capture the upside of decarbonization and “electrification” of the economy.

“What is most important to remember is that we’re in an investment cycle,” he told conference participants. “We are deploying the capital necessary to maximize the value of our steelmaking coal business and execute on our copper growth strategy.”

The reference to the “investment cycle” was a familiar refrain, according to investors and analysts interviewed by the Financial Post. They said Lindsay often cites the inherent volatility of commodities, and emphasizes the importance of investing in long-lived assets that can catch multiple commodity cycles.

With construction on QB2 delayed, first by social unrest in Chile, and more recently by social distancing measures related to the pandemic, some investors are hoping that class A shareholders and the board will reconsider Lindsay’s tenure this year.

Cleary wrote a letter April 30 to the board, urging them to divest its oil and coal businesses, and told the Financial Post that Lindsay “totally missed the whole ESG boat,” an abbreviation of the environment, sustainability and governance metric that is increasingly driving investment decisions of major pension funds and other deep-pocketed asset managers.

Earlier this month, for example, Mitsubishi UFJ Financial Group, one of Japan’s largest banks, joined a growing list of financial institutions that have announced they would no longer finance nor invest in companies involved in oilsands extraction; Norway’s US$1-trillion sovereign wealth fund also divested from, and blacklisted, four oilsands companies citing their large environmental footprints.

But Cleary said Lindsay has also done a poor job of communicating that the coal Teck extracts is used for steelmaking, which many investors, such as investment giant Blackrock Inc., are still open to investing in. 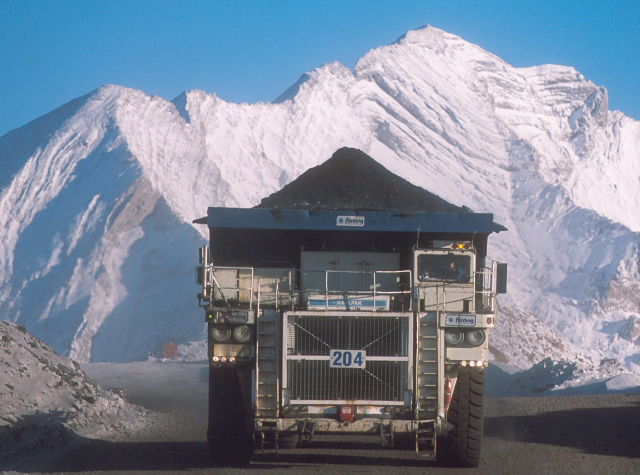 When the share price dropped below $10 earlier this year, Cleary said he could no longer support Lindsay who had destroyed too much capital.

“Hitting $10 a share is a sort of a line in the sand,” he said, adding that he doesn’t want Lindsay to be allowed to “right his wrongs” by overseeing a rebalancing of Teck’s portfolio.

Bishop said he doesn’t believe Lindsay is capable of delivering the QB2 project on time, and on budget, and said that for all of the CEO’s focus on cycles, he has consistently missed them.

With oil, for example, Bishop noted Teck’s investments in Fort Hills began in 2005, and were ramped up around 2012, when crude prices hovered between US$80 and US$100 per barrel. The current price of WTI crude oil is around $30 per barrel, and it has not exceeded $80 per barrel since 2014, even as Lindsay talks about selling the assets.

“You’re supposed to be buying (assets) when they’re getting beaten up, and they’ve done the exact opposite,” said Bishop.

He also pointed to the company’s $4.1-billion acquisition of Toronto-based Aur Resources Inc. in July 2007, a copper-zinc company purchased when copper was trading at US$3.75 per pound. By the following year, it dropped below US$1.93 per pound and is currently trading at $2.34 per pound, according to Trading Economics.

In July 2008, Teck bid $14.1 billion for Fording Canadian Coal Trust when coal prices were sharply up to US$275, from US$93 per tonne on average in 2007. By the third quarter of 2009, however, the price had fallen to US$137, according to Teck’s management discussion and analysis documents.

Steelmaking coal, its most profitable business, has experienced a 55 per cent rise in cost per unit during Lindsay’s tenure even as production has remained flat, according to Bishop, who blames a lack of investment for the poor performance.

“If they had never done oil, we don’t know if the coal operations would have performed better,” said Lucas Pipes, an analyst at Virginia-based B Riley FBR Inc. “That’s a super-complex counterfactual.” 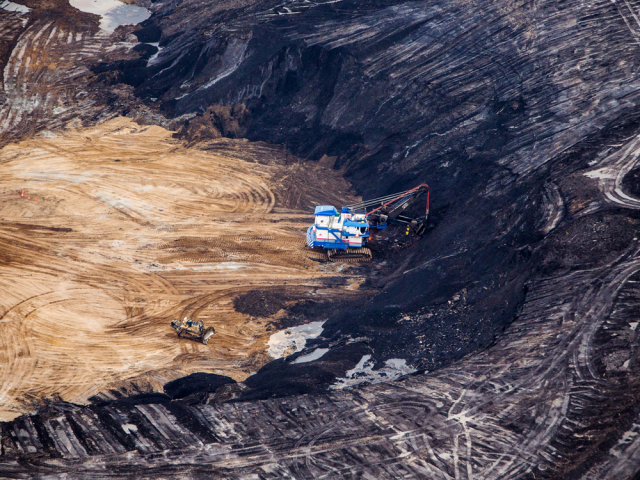 Still, he said Lindsay’s decision to invest in oil was a “major value destroyer,” and likely deterred some investors from taking a position in the company. The money invested alone, had it been left to just sit on the balance sheet, would add $10 per share, said Pipes.

While Lindsay declined to comment, Teck spokesman Chris Stannell pushed back against many of Bishop and Cleary’s criticisms in a detailed rebuttal.

The acquisitions of Aur and Fording brought valuable assets into Teck’s portfolio, Stannell wrote in an email. He also noted the company has been recognized for its ESG track record, and is the top-ranked mining company on the Dow Jones Sustainability World Index.

Lindsay’s compensation was benchmarked to peers, and more than 95 per cent of shareholders approve of Teck’s approach to executive compensation, Stannell wrote, adding the board is not considering replacing him.

When asked about the dual voting structure at the BofA conference, Lindsay said it had been in place since 1969. It allows for long-term thinking but also precludes hostile takeovers if the stock dips too low, “so there’s not that sort of accountability.”

“The real question for investors, of course, is where do we go from here?” he said during the conference. “Our approach is actually very straightforward: Teck is implementing a copper growth strategy, financed by the strong cash flows from steelmaking coal and zinc.”

As for oil and investment in Fort Hills, Lindsay said “with the benefit of 20/20 hindsight, we would have made a very different decision.”