On September 15th, Uranium Royalty Corp. (TSXV: URC) announced that they purchased an additional 300,000 pounds of U3O8 via 3 different spot contracts for an average cost of US$38.17 per pound of U308. They are paying for this purchase with straight cash and updated investors on their cash balance, saying that they have C$80 million in cash as of September 14th, 2021. This almost doubles Uranium Royalty’s physical inventory to 648,068 pounds at an average weighted cost of US$33.10.

Uranium Royalty Corp only has 3 analysts covering the stock with an average 12-month price target of $5.15, or a slight downside. This is a result of their price targets going unchanged since the early summer. The street high sits at $7 from Canaccord, while the lowest comes in at $3.70. Out of all 3 analysts, 2 have strong buy ratings and the other 1 analyst has a buy rating.

Off the back of this news, Canaccord Genuity raised their 12-month price target from $4.25 to $7 and reiterated their speculative buy rating on the name. Notably, at the time of this note being released, the spot price was currently US$45.25, now it is currently US$50.80.

Canaccord says that this purchase is an overall positive as it allows the company to have increased leverage as the spot price continues to rise and at the time, they purchased the Uranium for an 18% discount and that their cumulative holdings have appreciated almost US$8 million.

In the note, they talk about Sprott Physical Uranium Trust, which has bought pounds in 18 out of the 20 days after it launched its new US$300 million at-the-market offerings. The trust now holds, 26.2mlbs of U308 and 300,000kgU as UF6, which is roughly 27mlbs of U3O8 or roughly 15% of the global demand, with that figure still growing. 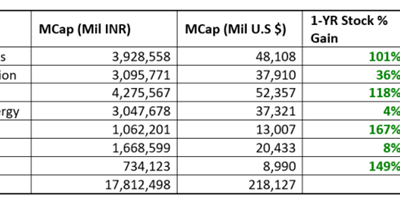