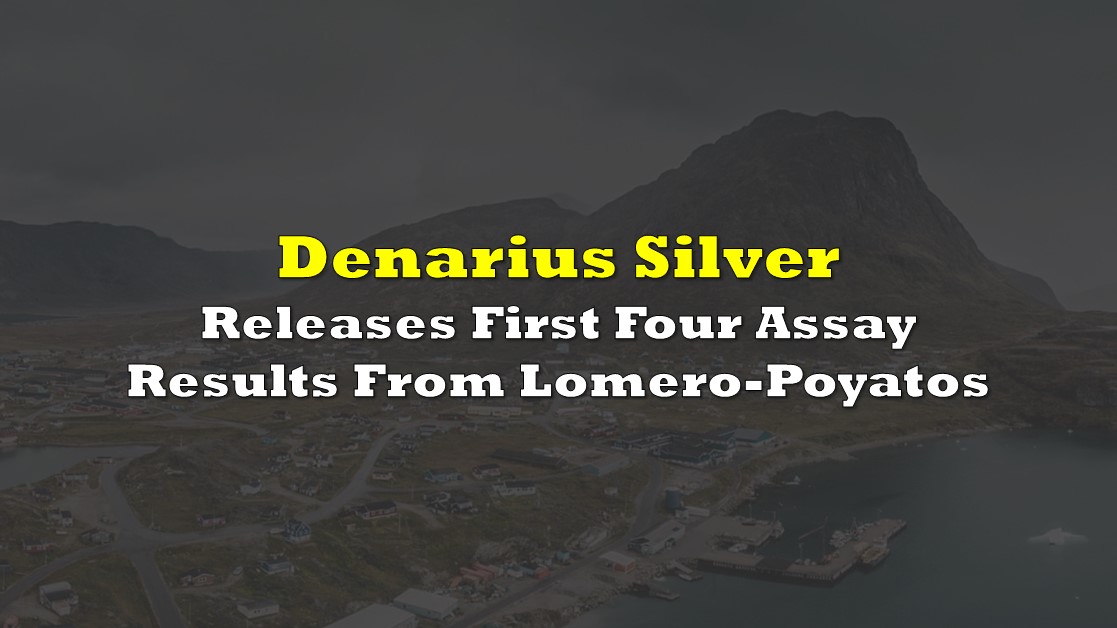 Denarius Silver (TSXV: DSLV) has released the drill results from the first four holes of its ongoing drill program. The results come from the firms Lomero-Poyatos polymetallic project, found in the Iberian Pyrite Belt of Spain.

The holes represent the first drill campaign on the project conducted by Denarius, with further drill data expected to be released in the coming weeks. Two drills are currently operating on site, with a third having just been mobilized to site, which will begin drilling next month.

The current drill program is to consist of a total of 23,500 metres of drilling in aggregate, consisting of surface drilling that will validate select historical holes in the existing mine, as well as infill drilling on 50 metre by 50 metre spacing in the lower levels of the mine. Extension drilling will consist of 17 holes of the planned 81 drill hole program.

5,650 metres in aggregate via 18 holes have been completed to date. Mineralization encountered thus far consists of “classic VMS and Iberian mineralization patterns.”

“These are the first four holes for which we have complete assays, however most drill holes to date have well mineralized intervals that are now in the pipeline for assays. We are systematically stepping out through the deposit to update the geological model that will meet the requirements for establishing an updated NI 43-101 compliant mineral resource estimate,” commented Executive Chairman Serafino Iacono on the results.

Denarius Silver last traded at $0.64 on the TSX Venture.