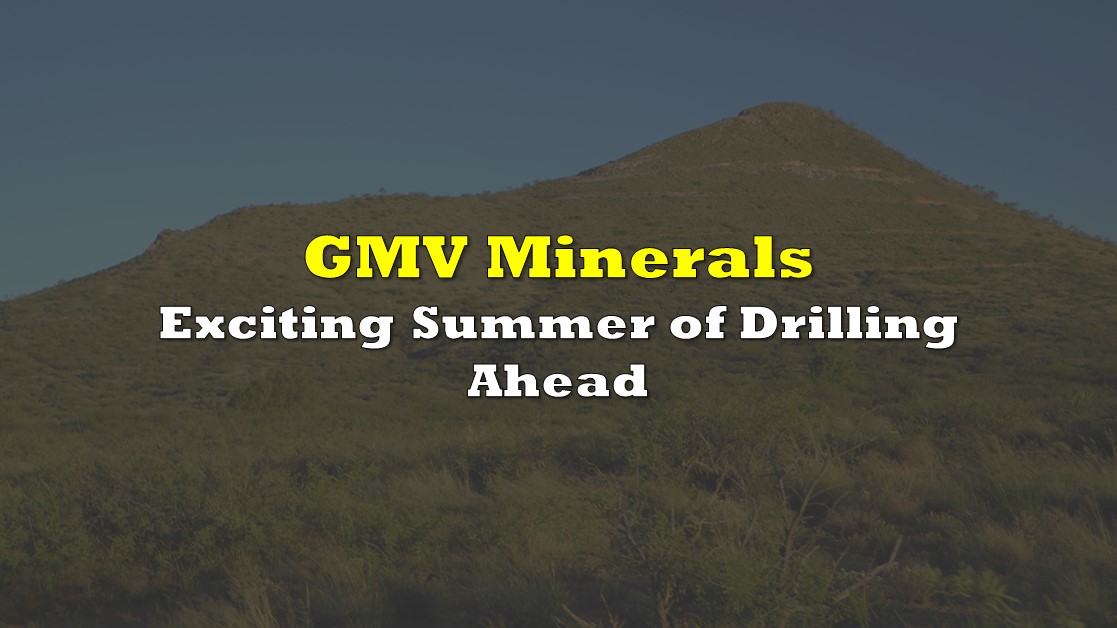 GMV Minerals Inc. (TSXV: GMV) recently announced the mobilization of drill rigs to conduct an expansion drilling program on its flagship 100%-owned Mexican Hat Project. The project is located in Cochise county in southeastern Arizona, and named after a distinct feature located on the west side of the property that rises about 150 metres above ground level.

The 12 hole, 3000 metre expansion program is very significant because it is designed to test potential new structures to the north and southeast as well as expand the overall size and scope of the Mexican Hat Property as a whole. The program itself is focused on regions along strike from the current deposit, on the principal controlling structure in the region. Eight separate parts of the target are to be tested under the summer program.

GMV has been able to continue developing the Mexican Hat Property based on data from the excellent exploration work that Placer Dome conducted on the property in the 1980’s, albeit prior to the NI 43-101 era. As part of the initiative to create a pre-feasibility study for the project, the company intends to conduct an extensive 38 hole conversion drill program during the second half of 2021.

The program is slated to cover the entire deposit to twin, or near-twin, many of the historic drill holes completed by Placer Dome to confirm those historic drill results. As part of the NI 43-101 protocols, this will enable GMV to convert some of the current inferred resources of 688,000 ounces of gold contained in the 2020 Preliminary Economic Assessment (PEA) into indicated and measured resources.

GMV appears to be in a unique position as a junior, starting with an advanced-stage gold project in a very mining-friendly jurisdiction better known for copper production. The company is aggressively moving towards developing the project for eventual production, which is slated to be a cost-effective open-pit operation.

Earlier news about GMV’s efforts has not gone unnoticed, as other industry players have staked claims surrounding the Mexican Hat property. With 61.5 million shares outstanding and a modest market capitalization of $17.5 million, GMV appears to offer a reasonably moderate risk play on a potential producing mine.

Continued exploration success could potentially attract a suitor or joint venture partner for the project. GMV shareholders could reasonably expect a steady stream of potentially exciting news as the company continues its expansion and conversion drill programs over the second half of 2021.

FULL DISCLOSURE: GMV Minerals is a client of Canacom Group, the parent company of The Deep Dive. The author has been compensated to cover GMV Minerals on The Deep Dive, with The Deep Dive having full editorial control. Not a recommendation to buy or sell. Always do additional research and consult a professional before purchasing a security.

The post GMV Minerals: Exciting Summer of Drilling Ahead appeared first on the deep dive.