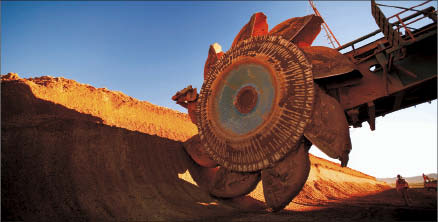 This article was originally published by gold stocks.

Throughout 2020, mining stocks have been quite volatile assets. Nobody expected the pandemic that happened this year, and certainly nobody expected the economic damage that it caused. But what many didn’t realize is that this would adversely affect mining stocks. The price of precious metals like gold and silver goes up when the economy is down. This is due to people holding metals as a physical asset when the dollar is lacking for a sense of safety. But why have metals been able to go up so much this year? Well, mining companies also had to slow or stop all operations at one point, more towards the beginning of the year. This meant less metal being distributed, and companies could not fill the demand. That lead to higher gold and silver prices. Silver climbed higher when industrial companies began working as well. This is because the use of silver in an industrial setting.

These factors created bull runs that pushed, for example, the price of gold over $2,000 per ounce. Investors that played the market smart and figured this would happen were able to turn a profit in these times. But the current market can be very confusing with the constant changes and amount of volatility. It can get confusing when deciding what companies to put on your list of mining stocks. Rest assured, there are many great mining stocks to watch if you do the proper research. That includes looking into financials, staying up to date on sector news, and world news as well. This is how investors new or seasoned could potentially make money with mining stocks.

There are plenty of things that are currently affecting the price of mining stocks. The first thing on this list is the vaccine news that two large pharmaceutical companies released recently. Both companies announced a COVID-19 vaccine that is 95% effective. On the day of December 8th as of the morning, multiple people in the United Kingdom have been vaccinated. The groups at focus are elderly people and frontline healthworkers. The first of the vaccines released is the one by Pfizer (PFE Stock Report) and BioNTech, which is a partnership between the two.

The mayor of New York, Bill de Blasio said that New York City will be receiving its first batch of vaccines next week pending federal approval. The state expects to get 480,000 doses by the start of January. Pfizer has already stated that its plan is to produce enough doses for 25 million Americans by the end of this year. The other vaccine candidate Moderna has stated a similar number at 20 million. Vaccines could result in a quicker economic recovery. So what does this mean for mining stocks? Well, this type of news generally hurts precious metal prices. And it did, a few weeks ago. So how are gold and silver able to increase in price right now if things are looking positive for vaccines?

Stimulus Could Be Coming, Mining Investors Are Bullish

News recently broke that President-elect Joe Biden could be coming up with a bi-partisan financial aid package for when he is inaugurated. This package valued at just under $1 trillion will create a lot of stimulus for the economy. Stimulus ultimately hurts the economy, which helps the price of mining stocks go up. The current negotiations for the $908 billion bipartisan plan wants to help small businesses, federal unemployment benefits, vaccine distribution, schools, and more. As a result of the fight for more stimulus, metal prices have gone up. As of December 8th, gold is at $1,872 after it fell last week.

What’s Next For Mining Stocks?

Nobody knows for sure what the future of mining stocks looks like. What we do know is that there are plenty of reasons the sector performs positively and negatively. Gold and silver are not the only mining stocks that are performing well. Companies related to lithium mining are also high performers in 2020. This is due to the electronics crazy that quarantine has caused, as well as increased electric vehicle purchases year over year. With such a wide variety of mining stocks out there, it is important to know what you are looking for when investing. That is why there are plenty of mining stocks to watch in December.

The post How Are Mining Stocks Performing In 2020? appeared first on Gold Stocks to Buy, Picks, News and Information | GoldStocks.com.