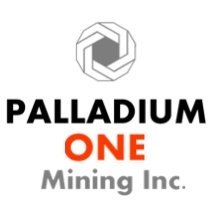 This represents the highest-grade intercept over width that drilling has returned to date, at the Kaukua South zone of the 100%-owned LK project in Finland. In addition, down-plunge drilling is successfully expanding higher-grade core zones to depth as demonstrated by hole LK21-080, which intersected 1.86 g/t PdEq over 40.5 metres, including 2.95 g/t PdEq over 3.0 metres from 229.5 metres depth. Multiple holes now demonstrate increasing grade and widths at depth.

These core zones may represent magma channels, within the marginal phase of the Koillismaa mafic-ultramafic complex, that have thermally eroded the footwall rocks. Induced polarization (IP) surveys have proven very effective at targeting these higher-grade core zones, and two potential new zones have been identified to the west and east of the drill-defined mineralization at Kaukua South, see news release dated July 7, 2021. Refer to company press release for complete drill results.

Palladium One Mining’s flagship project is the Lantinen Koillismaa project, a palladium-dominant platinum-group-element-copper-nickel project in north-central Finland, ranked by the Fraser Institute as one of the world’s top countries for mineral exploration and development. Exploration at LK is focused on targeting disseminated sulfides along 38 km of favourable basal contact and building on an established NI 43-101 open-pit mineral resource.