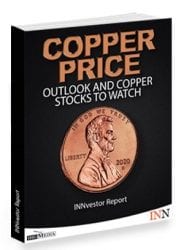 So far in 2021, the price of copper reached a record high before falling back slightly as the coronavirus pandemic continues to hit all markets around the world.

For investors interested in the red metal, it’s worth looking at copper production by country. According to the latest US Geological Survey data, global copper production reached 20 million metric tons (MT) in 2020.

Which country was the top copper producer in 2020? Chile took the top spot again, although some of the others on the list may surprise you. Read on to find out which nations made the grade.


What Caused This Sharp Rebound? More Importantly, Can You Afford To Miss Out?

Copper production in Chile declined slightly between 2019 and 2020, landing at a total rate of 5.7 million MT last year.

Despite COVID-19, copper-mining companies, including state-owned Codelco, BHP (ASX:BHP,NYSE:BHP,LSE:BLT), Anglo American (LSE:AAL), Glencore (LSE:GLEN) and Antofagasta (LSE:ANTO), have been churning out significant amounts of copper. However, the country remains one of the hardest-hit Latin American nations in terms of the virus. After copper output levels recovered in the first half of the year, the second half of 2020 brought further declines in copper production.

Peruvian copper production declined from the previous year, down from 2019’s total of 2.46 million MT. The main copper operations in Peru include Anglo American’s (LSE:AAL,OTCQX:NGLOY) Quellaveco mine and Southern Copper’s (NYSE:SCCO) Tia Maria mine.

The majority of copper produced in the country is shipped to China, followed by Japan, South Korea and Germany, among others. Copper output in the country has grown more than 97 percent from 2008 to 2019, but 2020 told a different story.

The pandemic has hit copper production in the country, bringing output down 20.4 percent in the first half of 2020 versus the same period in 2019, as the government implemented strict measures to contain the virus. Copper miners resumed operations in June.

China, the world’s largest copper consumer, remained in third place for production in 2020. Its production increased slightly last year, up from 1.68 million MT in 2019.

Zijin Mining Group (SHA:601899,OTC Pink:ZIJMY) is a leading metal producer in China. The company owns the Zijinshan gold-copper mine, as well as the Shuguang gold-copper mine.

It’s worth mentioning that the trade war between the US and China has meant high tariffs for Chinese exports. At the start of 2020 the promise of a phase one deal brought renewed strength the copper market, and in May US copper concentrate was once again entering China’s ports. 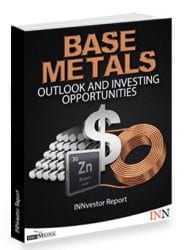 One major copper asset on the rise in the DRC is Ivanhoe Mines’ (TSX:IVN,OTCQX:IVPAF) Kamoa-Kakula project, a joint venture the company shares with partner Zijin Mining Group.

Taking fifth place in copper production by country is the US, which saw its copper output decline marginally in 2020, from 1.26 million MT in 2019. According to the US Geological Survey, the decrease was due to reduced output from the Bingham Canyon Mine in Utah (lower grades) and the Chino Mine in New Mexico (COVID-19 suspended operations).

One of the US’ biggest copper assets is the Bingham Canyon copper mine, part of Rio Tinto’s (NYSE:RIO,ASX:RIO,LSE:RIO) Kennecott operations.

The US also ranks among the top five exporters of copper into the global market, mainly in the form of ores and concentrates, but also as refined copper. China is a major importer of US copper, and the recent trade war between the two countries has had a significant impact on worldwide copper trade. The trade war mentioned above also of course affects the US.

One of Australia’s largest copper operations is BHP’s Olympic Dam copper-uranium–gold deposit in South Australia; while the asset is more known for its uranium production, it maintains a strong stance as the fourth largest copper deposit in the world.

Also worth noting is Queensland’s Mount Isa, run by a subsidiary of Glencore (LSE:GLEN,OTC Pink:GLNCY). It is one of Australia’s largest copper producers, and the two copper mines that operate out of Mount Isa collectively process 6.5 million tonnes of ore each year.


What Caused This Sharp Rebound? More Importantly, Can You Afford To Miss Out?

Jumping from ninth to seventh on the list of top copper producing countries, Russia’s copper production increased in 2020, up from 801,000 MT in 2019.

One of the biggest copper operations in Russia is the Udokan deposit in Siberia, which is currently owned by Udokan Copper (previously Baikal Mining Company). The deposit made headlines in 2018 when it was revealed that Baikal was looking to raise US$1.25 billion to develop a mining and metallurgical plant at the project. It is now under construction and expected to come online in early 2022.

The Zambian government recently announced it will take complete ownership of Mopani Copper Mines (in which it had a 10 percent stake).

One of the biggest copper mines in Mexico is Grupo Mexico’s (BMV:GMEXICOB) Buenavista del Cobre operation in Sonora, by far the country’s largest copper producing state.

Kaz Minerals (LSE:KAZ) accounts for a large part of Kazakhstan’s metal production. The company is working on expanding Aktogay mine to double its processing capacity, which is expected to be completed by the end of 2021.