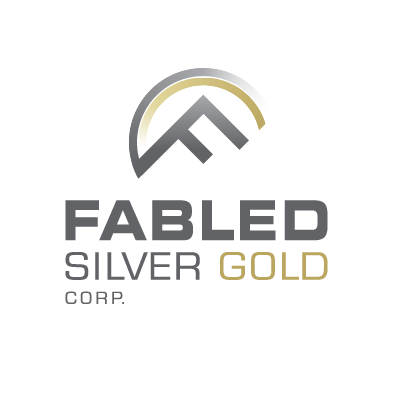 The Parral silver camp has produced more than 800 million ounces of silver since the mid-16th century in Mexico’s prolific epithermal silver-gold belt.

“We don’t know if the company’s name should be Fabled Silver Gold Corp., or if it should be Fabled Gold Silver Corp.,” President, Chief Executive Officer, and Director Peter Hawley told Streetwise Reports. “These are hydrothermal gold, not epithermal silver domain intercepts, so it’s a whole different plumbing system. It’s a major discovery, as far as I’m concerned.”

SM20-50 was the last hole of the company’s Phase 1 drilling program at the site. “I wish I knew (the results) before we stopped, because we wouldn’t have stopped,” Hawley said.

“We don’t know if the company’s name should be Fabled Silver Gold Corp., or if it should be Fabled Gold Silver Corp. These are hydrothermal gold, not epithermal silver domain intercepts, so it’s a whole different plumbing system. It’s a major discovery, as far as I’m concerned.”

The drilling discovered a “previously unknown silver-gold mineralization,” the company announced in its news release. The main target was the Santa Maria footwall hydrothermal breccia structure. The entire 21.90 meters reported 5.29 g/t Au within 349.21 g/t Ag Eq and remains open at depth and on strike.

The company said Hole SM20-50 was successful not only in infill drilling of a drill-poor area, but also in following the plunge of the Santa Maria structure from Hole SM20-47 and vectoring in on results from holes SM20-48 and SM20-49.

“It’s very rare to find a deposit or structure that you can continually predict where it is and drill down and hit it and go, boom, there it is,” Hawley said.

Hawley has over 35 years of mining industry experience, from grassroots exploration to development and production. In 2017, he was asked to cofound the company and serve as technical adviser. He was retired at the time, but Hawley said he had to do something since problems with the company’s drilling program had left it “a shell” worth about $1.3 million with $375,000 in debt.

“That’s where I walked in and just said, ‘No, that’s enough of this. I’m taking over the company,'” he said.

And Then There Were Two Companies

Last year, the company decided it made more sense and gave more value to shareholders to split the copper holdings in Canada out to a second company, Fabled Copper Corp. (FABL:CSE) The new company began trading on Dec. 21 on Vancouver’s TSX Venture Exchange. Fabled Silver Gold shareholders received one nontaxable share for every five shares in the new spinout.

Hawley also serves as president, CEO and director of Fabled Copper, which is exploring the Muskwa Project in northwestern British Columbia, near the Yukon border. Muskwa consists of the Toro, Bronson, and Neil claim blocks, which were explored in the early 1970s before rockslides and burgeoning snowfields limited further development. Twenty-two copper occurrences were documented on those claims.

Surface exploration has begun there with at least one sample that was 4.83% copper. Hawley said the copper can be seen at the surface.

“You’ve got this copper vein … going up the mountain and you can see it … and walk along it and look over the other side,” Hawley said. “And you didn’t drill a hole yet.”

As the head of both companies, Hawley said there are lessons he has learned that he can apply to both Canada and Mexico. Lesson one is that the best place to look for large deposits is an area where they have been found before, which is true for both properties. Second, you can’t make a deposit into a mine if the resources aren’t there.

“You should know in a short period of time or get the feeling, does this have enough volume or economic potential to be an exploitable resource or not?” he said. “Because if not, then I’m wasting my time. And I’m wasting my shareholders’ money and everything else. So, you have to call a spade a spade as fast as you can. And I’m very lucky I’ve got a silver spade, and I’ve got a copper spade” in the company’s Mexican and Canadian properties.

Thinking Outside of the Box

Exploration will continue in Mexico in 2022. Hawley said half of the Santa Maria property is still a blank page. Phase 2 of drilling will include two teams, one looking for new deposits and another doing definition drilling to follow up on the big finds from 2021. There could also be new property acquisitions this year, he said.

Hawley admitted the markets may be choppy right now, but he said the surprising results from hole SM20-50 show there is a lot of potential for growth for Fabled Silver Gold in unexpected directions.

He has a tough time hiding his excitement over the Mexico drill results. The area has been a consistent silver producer for hundreds of years, but he now believes it could produce gold.

“So here you are, you have a camp in Mexico that’s been in operation for over 500 years,” he said. “Everyone’s content because it’s the cat that keeps on giving. A big, deep-rooted system. But you don’t think out of the box, because everything is working in the box.”

The results Fabled Silver Gold have gotten so far from thinking out of the box “bode well for the future,” he said.

Novadan Capital, Palisades Investments, and mining financier Scott Gibson are among Fabled Silver Gold’s largest shareholders. The company has about 208 million shares outstanding and a market cap of $16.64 million. It trades in a 52-week range of $0.375 and $0.065.