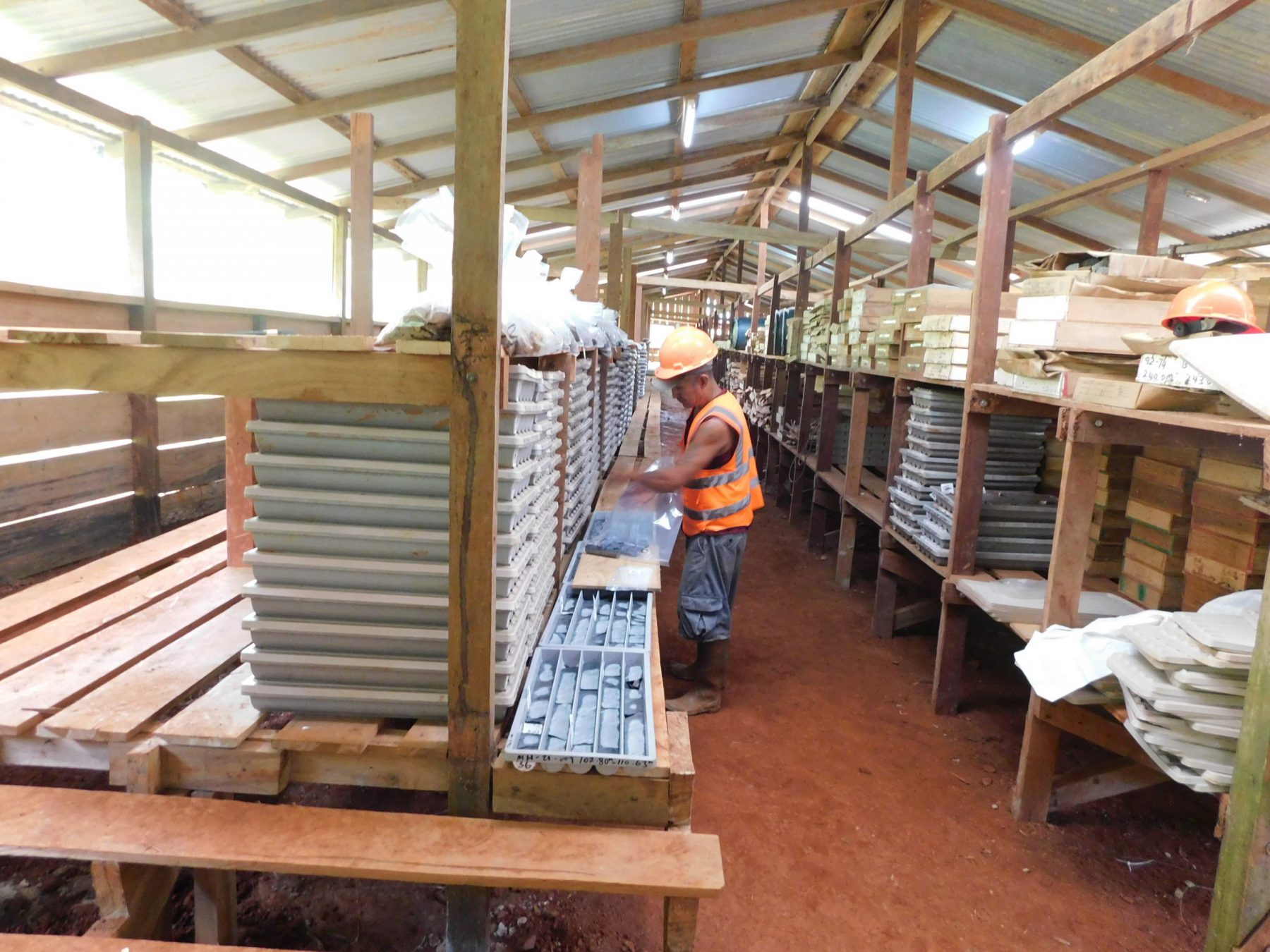 Golden Shield Resources Inc. [GSRI-CSE] is headed by a group of highly experienced executives who expect more gold mines to be found in Guyana, a South American country that is attracting the attention of major players in the precious metals sector.

They include Barrick Gold Corp.’s [ABX-TSX, GOLD-NYSE], , the world’s second largest gold miner, and China’s Zijin Mining Group Ltd., companies that have been drawn to Guyana because it contains the world’s most prospective, but under-explored region, known as the Guiana Shield.

The Guiana Shield stretches for over 900,000 square kilometres across northeastern South America and is known to host multiple greenstone belt assemblages with the potential to host large, multi-million-ounce gold deposits.

CEO and co-founder Hilbert Shields is highly familiar with the mining sector in Guyana. As the former vice-president, exploration at Golden Star Resources, he was manager of the Omai gold deposit from acquisition right through to completion of the feasibility study.

When Omai was developed as a large scale mine in 1992 by Canadian company Cambior, it ranked as the largest gold mine in the Guiana Shield. From 1992 to 2005, it produced 3.7 million ounces of gold at an average grade of 1.5 g/t gold from two open pits.

Shields is currently vice-president of the Guyana Gold & Diamond Miners Association. He also sits on the Council of the Private Sector Commission of Guyana and is Co-Chair of the Guyana Extractive Industries Transparency Initiative.

“We have always like Guyana because of its geological prospectivity,’’ said Hathaway during an interview with Resource World.

He said it is a stable, English-speaking jurisdiction and the geological environment is similar to the better-known West African Shield.

There has been a long history of exploration and intermittent small scale artisanal exploitation at the project. Alluvial mining was first reported in the 1920s. The 5,450-hectare property is located in the Rupununi District, southwestern Guyana, approximately 500 kilometres from the capital of Georgetown, and 60 kilometres from the Brazil border. The remote property is accessible by roads and the nearest airstrip is 45 kilometres at Aishalton. 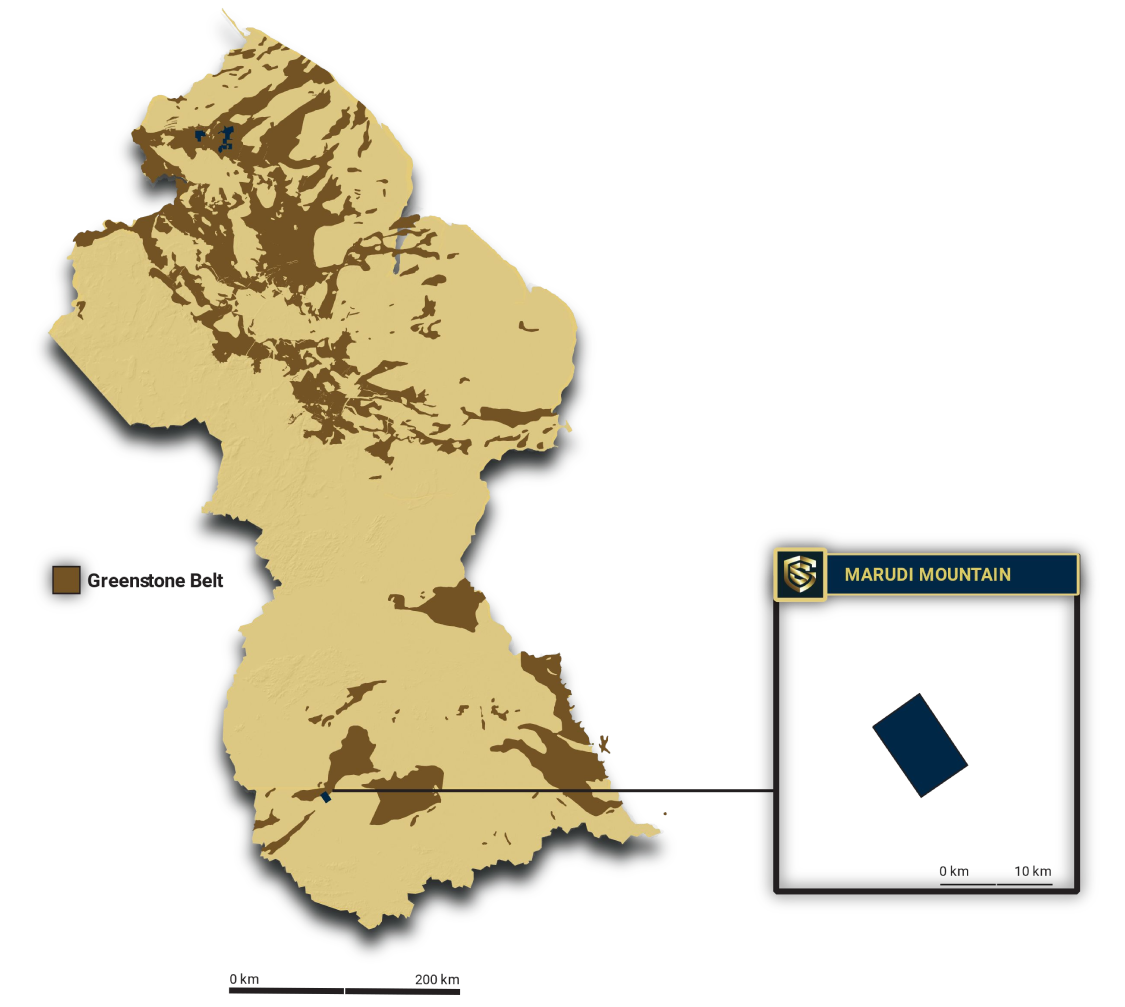 However, as 350,000 ounces would not be enough to justify mine development, the company is hoping to initially confirm a resource of at least one million ounces and will take a step in that direction by announcing a resource update later this year.

In keeping with that goal, Golden Shield recently completed an initial drill program consisting of 2,364 metres of diamond drilling in 13 holes. Of that amount, seven holes were drilled at the Mazoa Hill zone.

Gold mineralization is hosted primarily by what is locally called quartzite-metachert (Q-MC), including Banded Iron Formation (BIF). This style of mineralization is similar to the Lupin (Northwest Territories), Homestake, (South Dakota) and Musselwhite (Ontario) mines.

Exploration crews are targeting a series of en-echelon zones and recent drilling infilled areas of sparse drilling within (these zones), a well as stepping out to the east. Another six holes were drilled at the Toucan Creek zone, an area where no previous drilling had taken place. Results are still pending.

“The Marudi Project is a large property and earlier exploration efforts focused mostly on the Mazoa Hill area,’’ Shields said. “Golden Shield geologists have quickly gained a strong understanding of mineralization controls and are discovering new areas that will be explored and drill-tested,’’ he said. 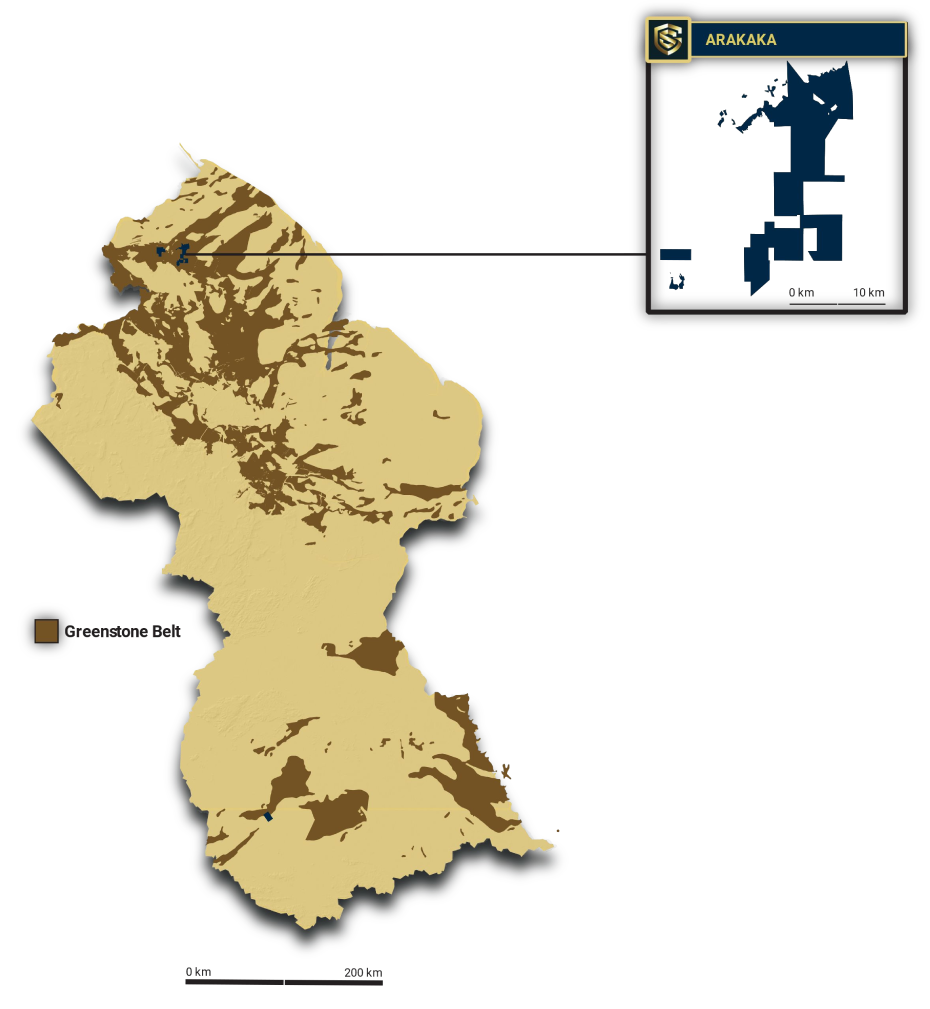 The hope is that the company can eventually outline up to five million ounces. “That is what we are looking for,” Hathaway said.

Confidence is based on an independent technical report dated March 31, 2021 and revised in November 2021. It advised the company to focus its exploration efforts on geological targets located close to known mineralized occurrences at Mazoa Hill, Marudi North and the Toucan Ridge exploration area.

The report notes that only 7.5% of the estimated 5.0-kilometre strike length of the strong magnetic anomaly hosting Mazoa Hill has been adequately tested by previous drilling, and this offers an immediate target for consideration.

The report also refers to the existence of numerous additional targets located further afield from the three main target areas, with bands of less strong magnetic response, similar to the Marudi North and Toucan Ridge. The report said these new targets should be tested with the objective of discovering new areas of mineralization. Surface trenching or shallow drilling should be considered to rank exploration target priorities, the report said. 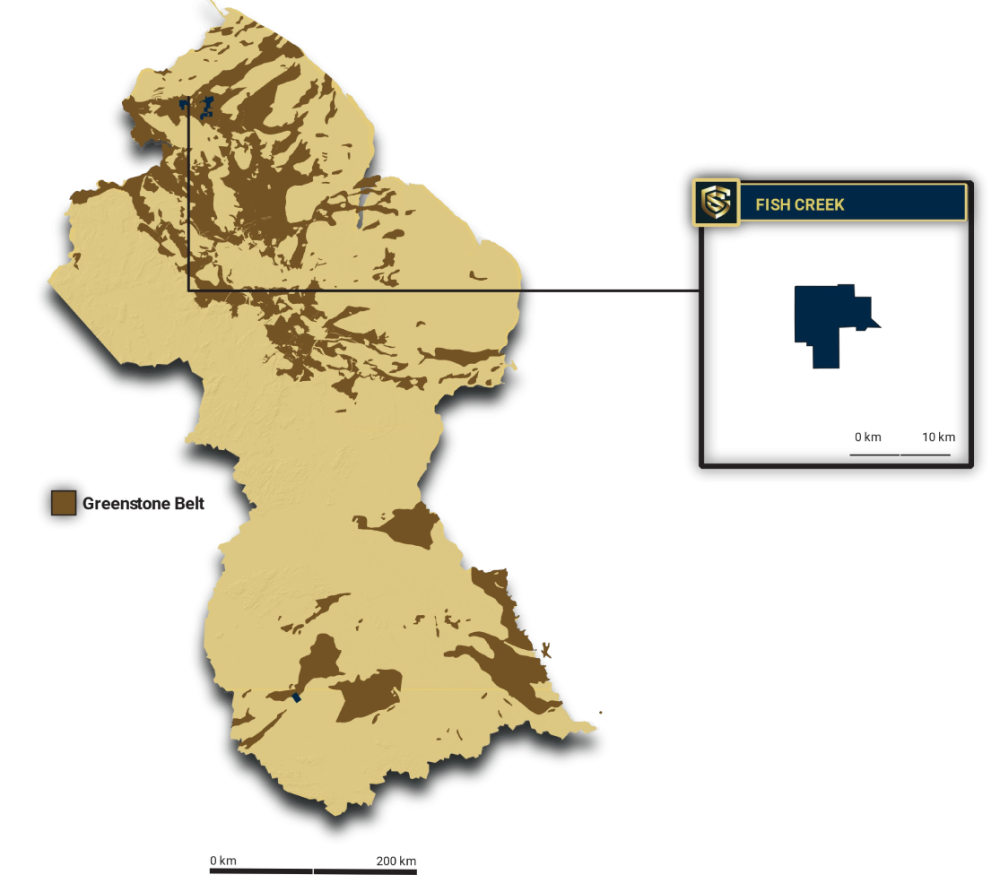 The other projects in the Golden Shield portfolio, include the 17,699-hectare Arakaka property, a district scale exploration project where over US$25 million has been spent by previous operators. Historically the project has been a prolific producer from artisanal mining operations. Drilling highlights include 340 g/t gold over 19.2 metres.

The 6,000-hectare Fish Creek project is located within a regional structural zone and contains numerous drill ready targets. Like Arakaka, it has been a major centre for large-scale historical and current artisanal mining.

Hathaway said the company will look to raise around $10 million to fund drilling at Marudi and other exploration programs being planned for Arakaka and Fish Creek. On completion of the recent RTO, Golden Shield had roughly $1.5 million in the treasury.