Goldman Sachs metals strategist Nick Snowdon has doubled down on his comments that copper is the new oil, saying predictions a supply crunch in copper could send the red metal to US$15,000/t could yet prove conservative.

Copper demand is expected to skyrocket over the next decade as growing demand for renewable energy, electricity infrastructure and electric vehicles increases alongside global carbon reduction targets.

But the cupboard is relatively bare when it comes to new supply, with extremely low supplies of metal held in commodity exchange warehouses exacerbating the issue.

While increased supply could hurt battery metals fundamentals over the next two years, according to recent note by Goldman analysts including Snowdon, speaking on a Bloomberg podcast Snowdon reiterated his belief the paradigm shift could send copper to new highs.

“The bull market of the 2000s was nearly entirely solved by supply responses, and then that very rapid increase in mine investment. That’s clearly not going to be the majority solver this time though,” he said.

“So when we say US$15,000, what we’re saying there is copper is going to have to go to a price level well beyond any level we’ve seen before historically to achieve that demand destruction.

Snowdon compared the “extreme set of fundamentals” emerging in the copper market to the oil boom of the 2000s and the current price surge in lithium, another key battery material.

“Oil started that decade trading US$10-20 a barrel and ended the decade trading US$140-150 a barrel, so a seven-fold increase in price to adjust the market enough to solve balances that oil faced in 2000 that were very similar to what the copper market faces today.

“We don’t rule out that copper could could be a US$50,000-US$100,000 commodity and there are plenty of commodities that have achieved that.

“Look at lithium, lithium is trading five times above, six times above the cost curve today. This does happen in commodity markets when you face such extreme fundamental imbalances.

“And price has to go to such extremes to solve that.”

Snowdon said it would take a lot to cause demand destruction in copper because it is “such a small part” of the goods in which it is used.

The end of China’s lockdown of Shanghai, the heart of its industrial and trading hub has sounded the horns for a run in base metals, with nickel up 3.5% to US$29,279/t overnight and the aforementioned copper up to a three-week high of US$9543/t.

That news, which also saw runs in iron ore and other metals like zinc, was closely followed today by China’s monthly PMIs, indicators of the broad health of the world’s second largest economy.

They surprised to the upside, with the manufacturing PMI rising from a terrible 47.4 in April to 49.6 in May, up on the Bloomberg consensus of 49.0.

That is still a contraction, but there are suggestions there that it will continue to rise as anti-Covid measures are rolled back.

Capital Economics China economist Sheana Yue said the PMIs may have understated the scale of the economic recovery as Shanghai was still in lockdown when the surveys were taken.

“In the near-term, we expect a further recovery in activity amid falling infections and easing restrictions, particularly in Shanghai and Beijing,” she said.

“That said, we doubt a strong rebound is likely given headwinds from external demand and the smaller scale of policy easing compared to 2020. Even without further large-scale lockdowns, we think China’s economy will struggle to return to full health.”

Evy Hambro, head of thematic and sector investing at global investment giant BlackRock and one of the world’s most influential stock pickers is more bullish.

“People need to be ready for what could be a pretty exciting time if that kind of engine kicks back into life,” he told the AFR in an interview.

“China has a fantastic track record of being able to restart activity as and when the conditions are right, so I have quite a lot of confidence that we will see a demand pull for commodities in the second half of the year if the COVID numbers start to decline.”

Afternoon trade was pitiful, but the big miners kept the market afloat with the main iron ore players holding up as iron ore futures in China rose by over 3%.

Coal producers Whitehaven (ASX:WHC) and New Hope (ASX:NHC) were both up more than 3% among the mid-tiers while ~$2 billion capped Grange Resources (ASX:GRR) held its morning gains to close 7c or 4.42% higher.

De Grey Mining (ASX:DEG) was the standout among the Monsters family, though, as it announced a 25% increase in resources at its Hemi discovery in the Pilbara, boosting the resource at Hemi to 8.5Moz.

That takes the overall resource at the Mallina gold project to 10.6Moz with measured and indicated resources up 80% to 6.9Moz.

That last number is important, as measured and indicated resources can be included in mineable reserves, a key step towards the completing of upcoming pre and definitive feasibility studies.

The PFS is due in the September quarter with a DFS to immediately follow and environmental approvals expected to begin concurrently.

Hemi is poised to be one of Australia’s largest gold mines once it’s ramped up, with a lower confidence scoping study last year flagging the broader Mallina project’s potential to produce 473,000ozpa of gold for its first five years of operation and 427,000ozpa over its initial 10 year mine life for almost 4.3Moz.

The post Monsters of Rock: The long-term crunch in the copper market could be ‘extreme’, says Goldman Sachs expert appeared first on Stockhead. 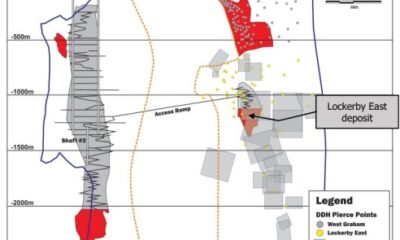 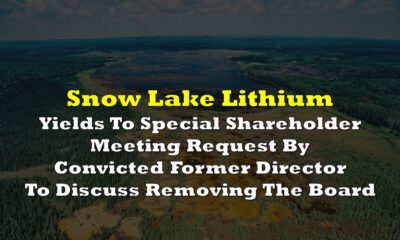