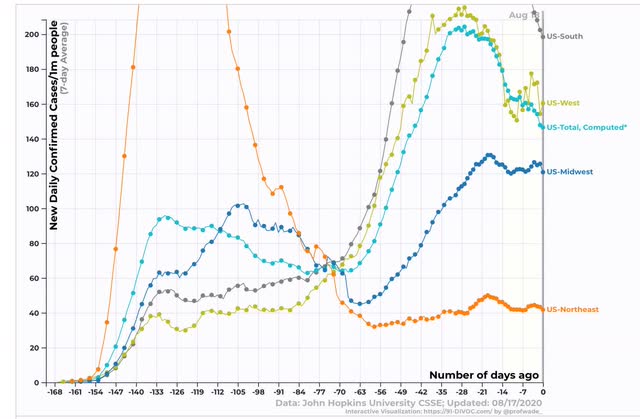 Total US deaths: 163,595
Average last 7 days: 1,048
Source: COVID Tracking Project
My overall thesis is that under the present leadership the US as a whole is politically and socially incapable of bringing the coronavirus under control, as almost every other industrialized country has been able to do. That is very likely to change beginning next January 20.  Before then, I expect there to be a yin and yang in the course of the pandemic, as areas in the US veer between “the pain threshold” at one extreme and complacency on the other. Together with a vaccine hopefully being available by next spring, at that time I am hopeful that the US will finally have beaten the virus.
Today let’s focus on infections, which lead hospitalizations by a couple of weeks, and deaths by a couple of weeks more.
Here is the overall regional picture:
As has been the case for several months, the South and to a lesser extent the West are the epicenters of the pandemic, while the Northeast has come close to containing the virus.
Breaking down each region by States, here is the South: 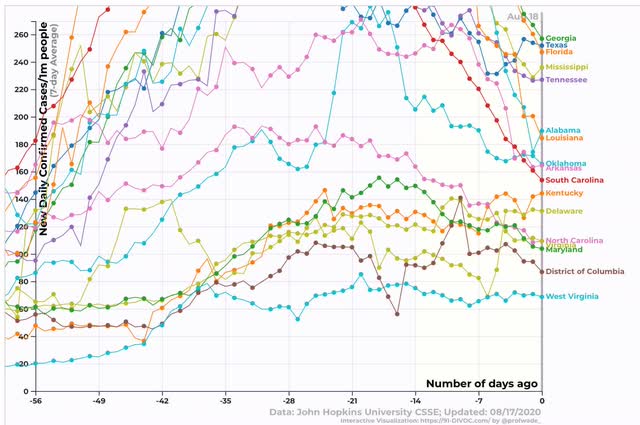 *Reported* cases in the Deep South, which were completely out of control a few weeks ago, have decreased substantially, while the Mid-Atlantic area centered on the DC metro area plus Kentucky has seen a significant increase after a period of relative complacency. (More on the significance of testing below).
in the West, Nevada and Idaho have made progress, while California is on a high plateau. After beating the virus early, Hawaii has had a major setback, again likely due to complacency. Other States in the region are doing reasonably well: 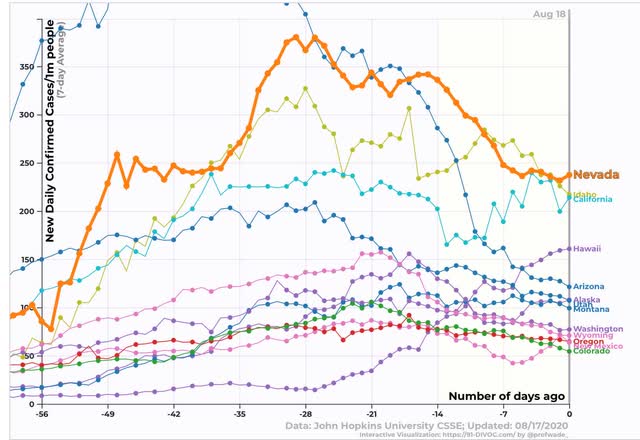 The Midwest is the area where complacency is currently leading to the most trouble, as all States have significantly higher levels of new infections than they did 8 weeks ago. Worse, only MInnesota and Ohio (highlighted) are currently trending downward: 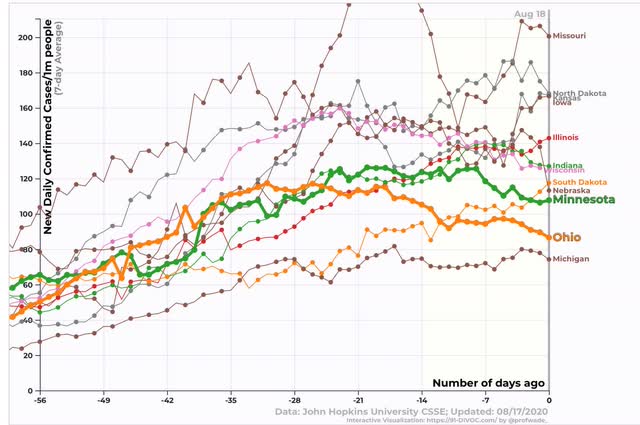 Finally, we come to the one region which on average has done very well, the Northeast. With the significant exception of Rhode Island, infections rates are lower than virtually *every* other State in *every* region of the country: 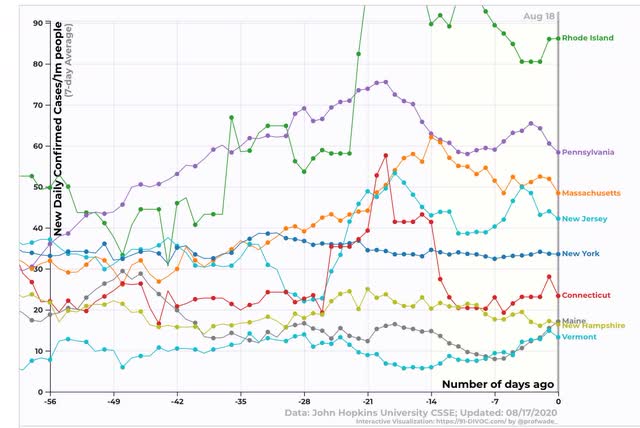 In the case of northern New England, Connecticut, and New York State, they have truly beaten the virus, although all the large States in the Northeast are not doing so well in comparison with neighboring Canada: 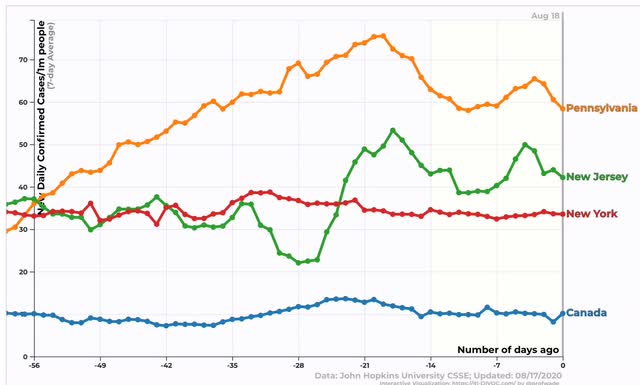 Only Maine, New Hampshire, and Vermont are comparable with our neighbor to the north.
But the picture in the majority of States is not as good (or “more bad”) than appears above, because testing has decline substantially in the South, and until a week ago in the West as well: 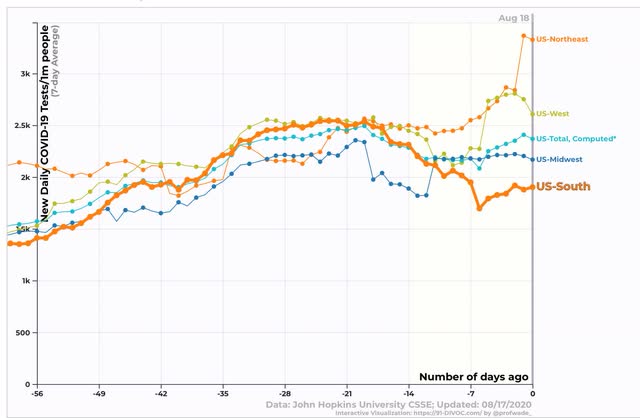 And only the Northeast meets the WHO’s threshold of under 5% positivity at which relaxing restrictions is deemed acceptable. As you can see, the South is failing terribly: 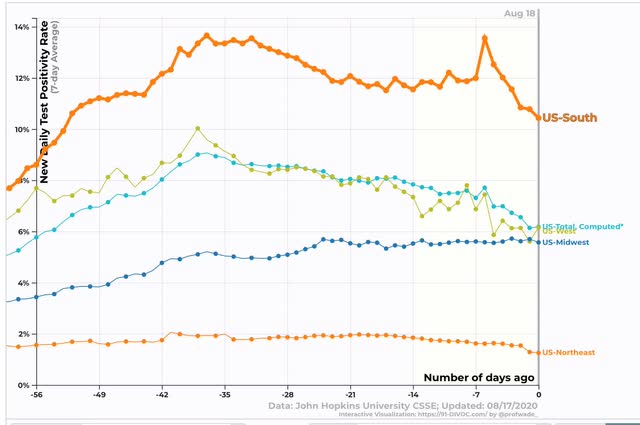 This means that in the West and Midwest, there are a significant number of missed cases, and in the South (especially the Deep South) the decline in new cases shown above may only be an artifact of fewer tests being done. In short, the situation there really remains virtually completely out of control. 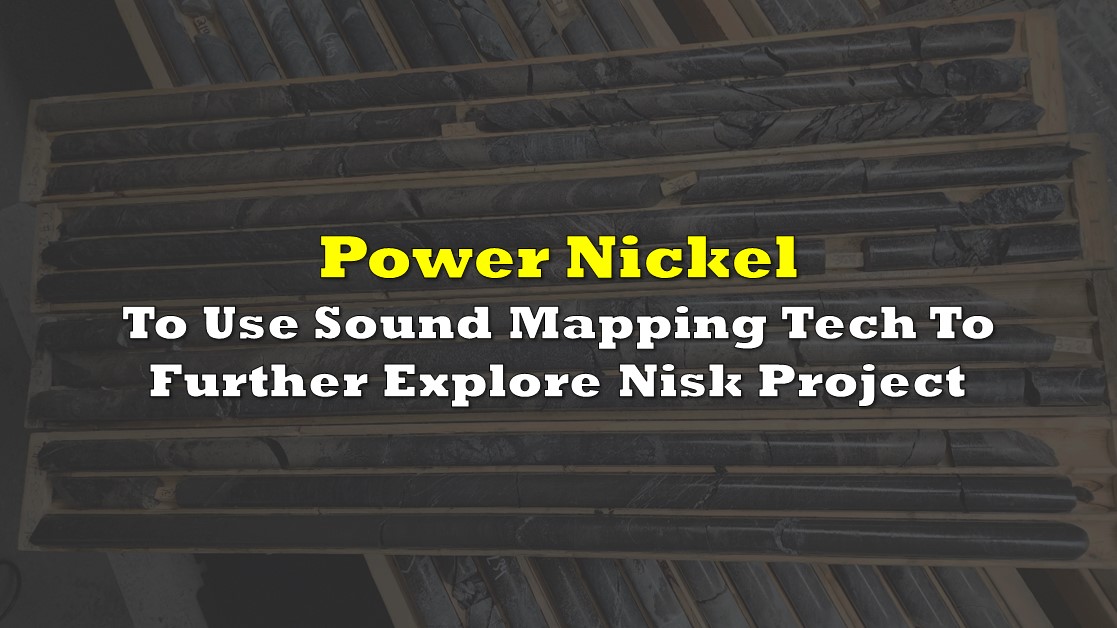 As with many base metals, aluminum prices rose at the beginning of January. While it is true that China raising aluminum export taxes could have impacted… 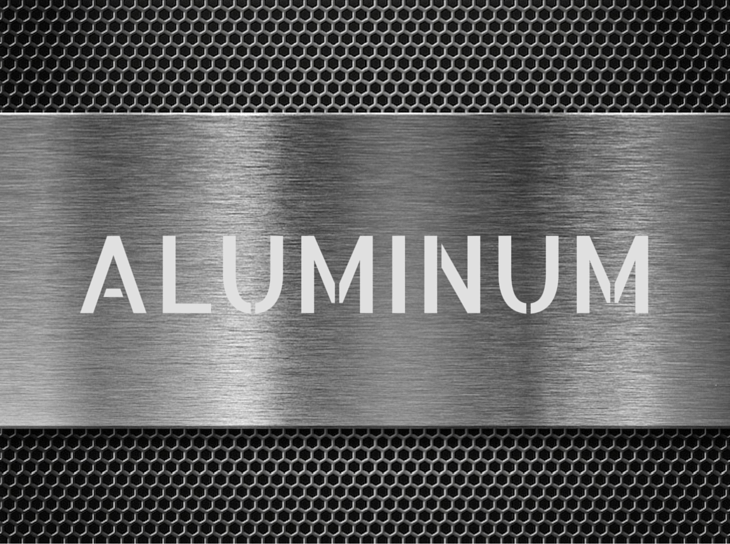 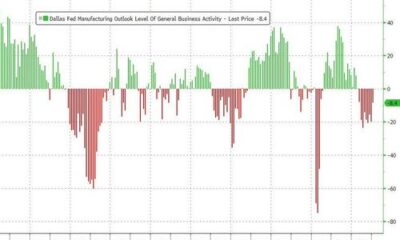