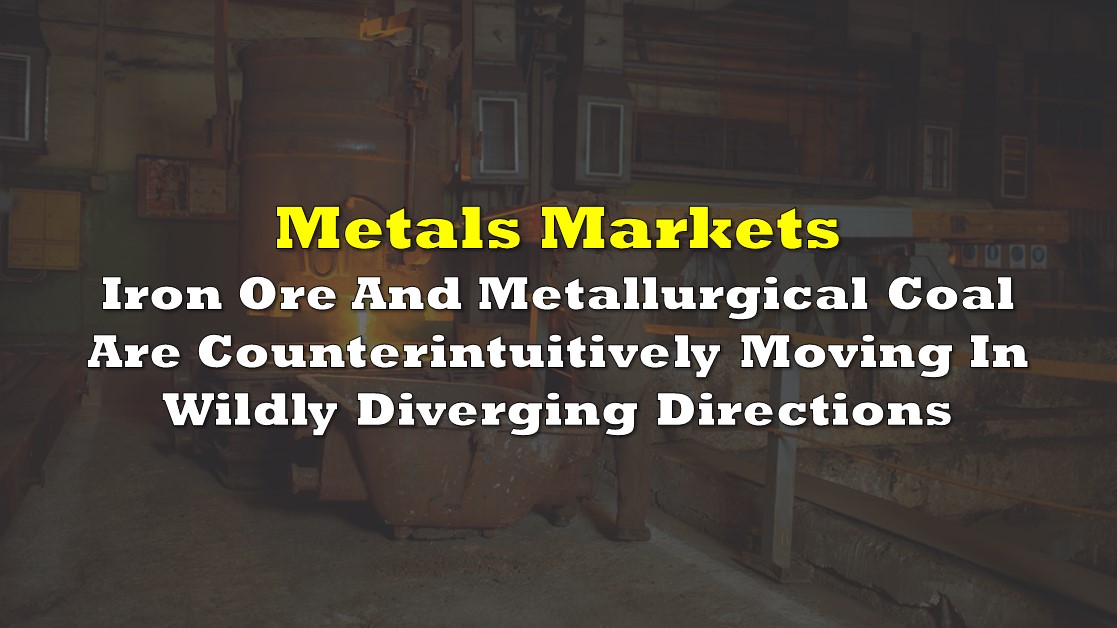 In one of the most surprising steel-related commodities markets ever, the price of one key ingredient in the steel-making process, iron ore, is collapsing, while the price of another key element, metallurgical coal, is hitting record levels. In rough terms, about 1.2 tonnes of iron ore and 0.5 tonnes of metallurgical coal are needed to produce one tonne of crude steel.

China’s government has targeted the steel industry, which is one of the biggest polluters in the country, reportedly accounting for 10-20% of carbon emissions in China, to reduce overall carbon emissions. Remarkably, the government now wants steel production in the country to be flat to down for the full year 2021, after rising around 12% in the first half of 2021. This of course requires a marked reduction in steelmaking in 2H 2021. (It has the side “benefit” of slowing China’s economy — a goal of the county’s leadership after strong government stimulus-fueled growth put in place to combat COVID-19.)

Steel mills have turned to dumping their contracted iron ore cargoes at fire sale prices. The price of benchmark 62% iron-content iron ore delivered to China has been cut in half in a period of just six weeks. Slowing construction activity in the property development sector, due in no small part to the potential collapse of the giant, heavily indebted property developer China Evergrande Group, has also impacted iron ore prices.

Meanwhile and counterintuitively, metallurgical, or coking, coal prices are soaring. The reason: China has imposed tough environmental and safety restrictions on local coal mines, and COVID-19 curbs are hampering shipments to China from Mongolia.

Perhaps most importantly, China has effectively banned imports of Australian metallurgical coal for some time. In the spring of 2020, Australia’s prime minister called for an investigation into the origins of COVID-19, and China bristled at this call. In response, China imposed economic restrictions on Australia, including a reported order to stop accepting Australian coal imports in October 2020 and possibly before. For many years, Australia had supplied substantial quantities of coking coal to China’s steel mills.

Colonial Coal, a smaller, more speculative coal company, is a motivated seller of its British Columbia-based metallurgical coal properties. The company is led by an experienced CEO with a significant financial stake in the company and a shareholder-friendly track record.

The post Iron Ore And Metallurgical Coal Are Counterintuitively Moving In Wildly Diverging Directions appeared first on the deep dive.