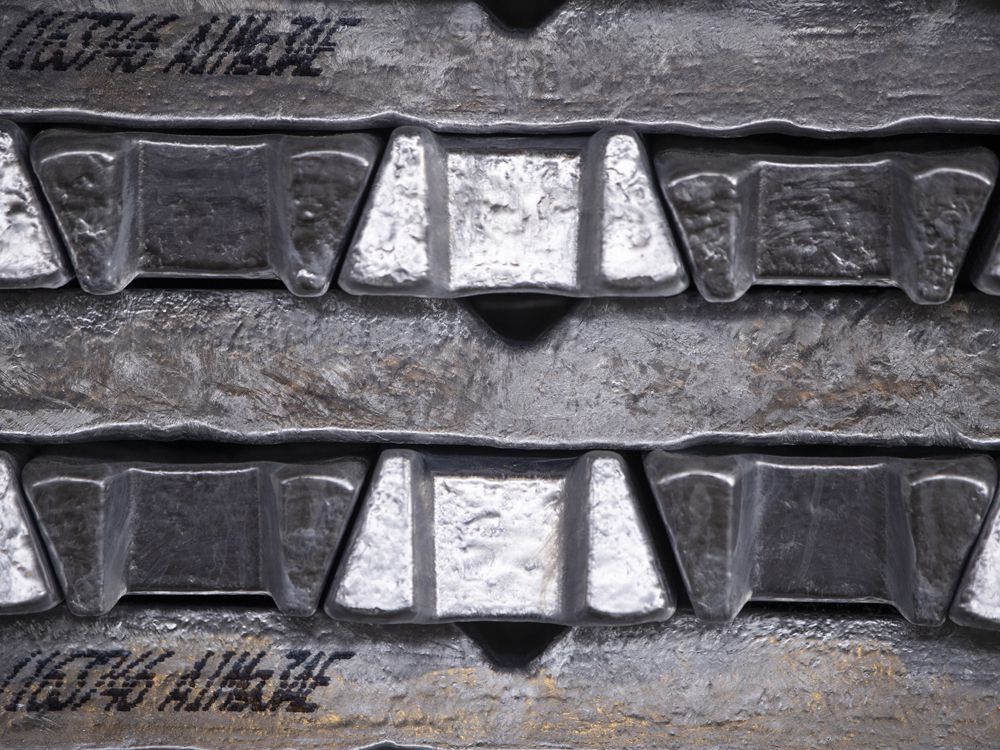 New data released on Thursday confirms that Canadian exports of primary aluminum to the U.S. had been declining for months when U.S. President Donald Trump announced in August he would reimpose 10 per cent tariffs.

The data undermines the factual basis for Trump’s tariffs, which he said were necessary because Canadian producers had flooded the U.S. market with aluminum, hurting the U.S. sector.

But on Thursday, the Washington International Trade Association hosted a panel discussion on the topic, in which opponents of the tariffs suggested that metal traders had exploited the economic fallout from the coronavirus.

They acknowledged there was a spike in non-alloyed aluminum earlier this year, but said it was directly linked to the economic shutdown. Demand for alloyed aluminum fell after automakers halted production during the height of the pandemic, compelling Canadian producers to temporarily switch to the more easily traded non-alloyed aluminum, they said, adding that overall aluminum exports from Canada for the year remain at normal levels, and even below recent volumes.

“They claimed there was ‘a surge of primary aluminum into the U.S.,’” Tom Dobbins, president of the U.S. Aluminum Association, which opposes the tariffs, said in his remarks at the event. “In reality, U.S. Census Bureau data show that overall imports of primary aluminum from Canada into the U.S. declined by about 2.6 per cent from May to June — the most current data available.”

His industry group represents not only U.S. producers, such as the Rio Tinto Group and Alcoa Corp. — both of which also have operations in Canada — but also many downstream users of aluminum, which produce everything from beverage cans to foil. Dobbins said his members were adversely affected by the tariffs, since the U.S. only produces one-third of the aluminum it uses, and therefore relies on imports.

On Thursday morning, new Canadian data showed an even steeper decline this summer, with primary aluminum exports to the U.S. dropping 19 per cent in July, Dobbins said. 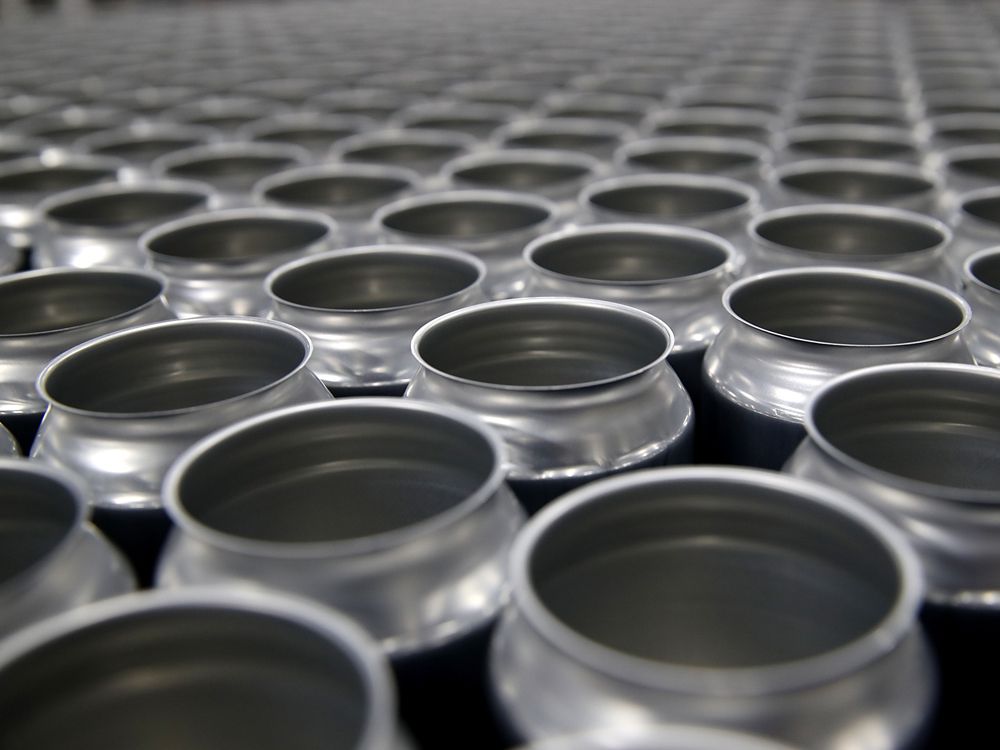 He added in the first half of 2020, total Canadian primary aluminum exports to the U.S. are set to go down nearly 5 per cent compared to 2017, which was the last full-year before Trump imposed tariffs on aluminum, and in which all of Canada’s aluminum smelters were operating at full capacity.

Trump originally imposed tariffs on Canadian aluminum in the summer of 2018 and kept them in place until May 2019. At the time they were lifted, Trump reserved the right to reimpose tariffs if Canadian  export volumes “surge meaningfully beyond historic volumes of trade over a period of time.”

In August, the Trump administration said that Canadian exports of non-alloyed aluminum climbed 87 per cent from June 2019 to May 2020 compared to the previous 12-month period, and accused Canadian producers of hurting the U.S. aluminum sector.

In May, Alcoa Corp. said it would lay off hundreds of workers at an aluminum smelter in Washington, but federal legislators from the state

wrote in a letter to Trump

that China was to blame for a globally depressed aluminum market.

Jean Simard, president of the Aluminum Association of Canada, which opposes the tariffs, said during the panel discussion Thursday that when the non-alloyed aluminum exports from Canada rose, “there was a corresponding drop in value added aluminum.” 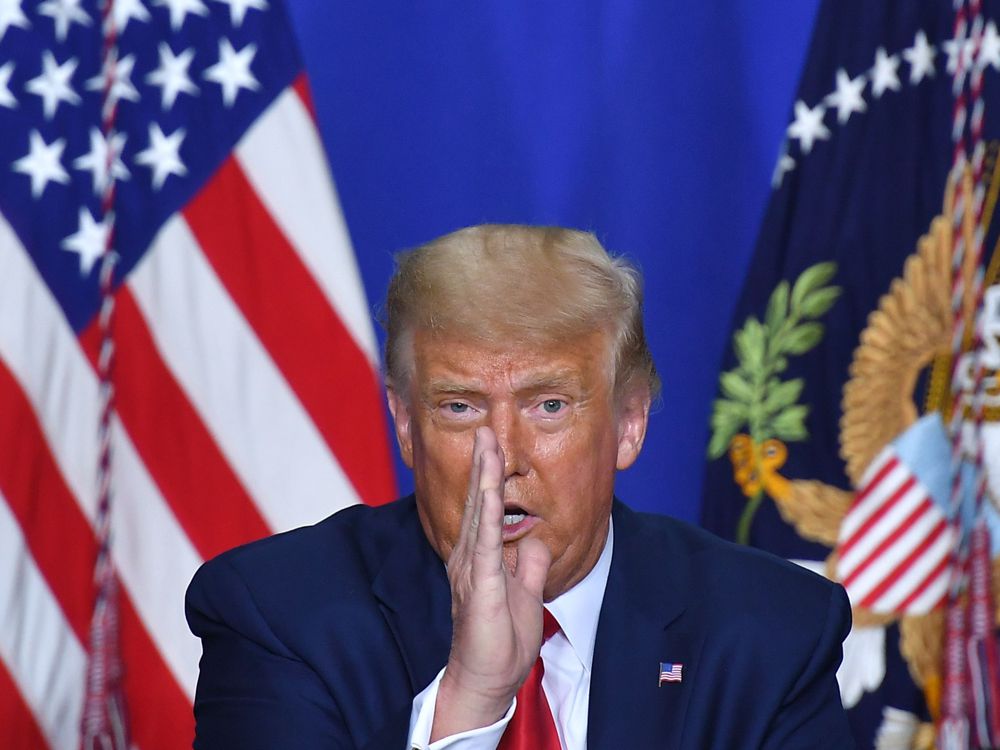 He said the definition of “a surge” has always been vague, but argued these circumstances do not fit the criteria.

“The COVID driven market transition that happened early in the spring and summer here and around the world certainly does not qualify for this definition,” said Simard.

Foreign traders, who make money trading physical quantities of P1020 aluminum were the biggest beneficiaries of the tariffs, since it created price volatility, he said.

But Robert DeFrancesco, a lawyer at Wiley Rein LLP, who represents the American Primary Aluminum Association, which lobbied for tariffs, and its two members, Century Aluminum and Magnitude 7 Metals LLC, said the tariffs had strengthened U.S. national security.

DeFrancesco argued that Canada subsidizes its electricity — which Dobbins called a “specious claim” — and that the tariffs would help the U.S. with its economic security and is therefore a national security issue.

Although he agreed with Simard and Dobbins’ contention that China had subsidized its market and thrown the supply and demand dynamics of the aluminum market out of whack, he said Canada was also a problem.

“A surge in … aluminum clearly occurred,” DeFrancesco said, adding “the relief provided will return the (U.S.) industry to sustainability and the industry can now make the investments necessary to remain competitive into the future.”