Update (0920ET): Following on from the Bloomberg report we cited earlier, Pfizer CEO Albert Bourla confirmed Thursday morning that results from its large-scale, late-stage trial of the Pfizer/BioNTech COVID-19 vaccine candidate BNT162b2 should be available next month.

If positive, it will immediately file for emergency use authorization with the FDA, which FDA chief Dr. Stephen Hahn has suggested would be immediately approved. As of Wednesday, 23K people have been enrolled in the 30K-subject trial.

In other news, France has launched a €100 billion ($118 billion) plan to rescue its economy from the coronavirus crisis with big investments in green energy and transportation, as well as a push for more “industrial innovation.”  Announcing the “France Relance” (France Recovery) plan in Paris on Thursday, new PM Jean Castex praised the program’s “historic ambition and size”, noting that it’s 4x larger than the fiscal stimulus launched after the financial crisis. At 4% of France’s GDP, it’s the biggest national plan launched so far, though the EU has also agreed on a multinational rescue fund.

The stimulus comes as France sees its largest number of new daily cases in months, as renewed emerge in Spain, Italy, the UK and elsewhere.

As fears about the latest batch of COVID hotspots intensify back in the US, Dr. Fauci on Thursday named seven states most at risk of a surge  should these states fail to take precautions over the Labor Day weekend.

Most of the states are in the Midwest, along with a few in the south.

“There are several states that are at risk for surging, namely North Dakota, South Dakota, Iowa, Arkansas, Missouri, Indiana, Illinois,” Fauci said in an interview. “Those states are starting to see an increase in the percent positive of their testing; that is generally predictive that there’s going to be a problem.”

Thailand reported its first locally transmitted case after a streak of 100 days without a single community infection. We noted earlier that India’s push to expand testing led to another record number of new cases confirmed in the latest batch of numbers. India also performed a record 1.17 million daily tests in the lat day.

And while the focus has been on the leading vaccine candidates today as the Trump Administration urges states to prepare, and Pfizer’s CEO backs up claims repeated by Dr. Fauci and others, vaccine candidates from Sanofi and GlaxoSmithKline – two projects that are in the second-tier of projects in terms of stage of advancement – just announced that they have administered their experimental vaccines to patients for the first time in preparation for late-stage trials before year-end.

However, there have been a number of vaccine headlines hitting the tape Thursday morning. And none of them are lifting the market out of its “healthy pause”.

After expanding the administration’s ban on evictions, the CDC has reportedly told all US states to be ready to distribute a COVID-19 vaccine by November, an ambitious timeline oft-repeated by Dr. Anthony Fauci, although many other credible epidemiologists, including former FDA director Dr. Scott Gottlieb, say a vaccine likely won’t be ready until next year.

In a letter to governors dated Aug. 27 which was first reported last night, CDC Director Robert Redfield said states “in the near future” will receive permit applications from McKesson, which has a contract with the agency to distribute vaccines to states, hospitals and local health-care systems.

“CDC urgently requests your assistance in expediting applications for these distribution facilities and, if necessary, asks that you consider waiving requirements that would prevent these facilities from becoming fully operational by November 1, 2020,” Redfield wrote in the letter, which was first reported yesterday by McClatchy.

Wall Street analysts are already scoffing at the White House’s latest unrealistically optimistic timeline: From Rabobank: “Optimists are talking about the US government talking about a virus vaccine being rolled out on 1 November – which has nothing, n-o-t-h-i-n-g, to do with the US election two days later, honest; I mean who would write that script?!”

FDA head Dr. Stephen Hahn has said that the agency might approve a COVID-19 vaccine before Phase 3 trials are finished.

Dr. Redfield recently told Yahoo Finance that officials are preparing “for what I anticipate will be reality, is that there’ll be one or more vaccines available for us in November, December.”

Other letters sent to states from the CDC urged states to develop a triage protocol for who will receive the vaccine first, with the most vulnerable patients receiving a priority. States must prepare by identifying which providers will administer vaccine, who will receive it and where. Redfield said that states should be prepared for the likelihood that at least some vaccine doses will be available by year-end.

While worries about mandatory vaccination policies intensify, Bloomberg noted in a report published Thursday that the first Phase 3 trial results should arrive by mid-September from AstraZeneca, according to Airfinity, an analytics company that tracks drug trials.

With AZ in the lead, two other contenders, Moderna and the Pfizer-BioNTech collaboration will likely have data to present at a critical FDA meeting on virus vaccines that’s presently set for Oct. 22. Just 2 weeks before the Nov. 3 election, we suspect the administration will roll out a major announcement on vaccines – probably declaring that vaccinations will begin for the most vulnerable patients immediately – as Trump’s “October surprise.”

While drugmakers made a lot of noise about building a “racially diverse” pool of test subjects for their vaccine trials, even the fastest trials won’t have final data by the Oct. 22 deadline. Instead, citizens will receive what are knon as “interim readouts”, an early snapshot of the data so far.

The WHO has warned against approving vaccines solely on the strength of these ‘interim readouts’. Speaking of the WHO, the US said Wednesday it will keep Trump’s promise, made in April, to stop paying its dues to the WHO, one day after the US withdrew from the COVAX global vaccine trial program. Meanwhile, the African CDC is urging all nations to join together to work on vaccine candidates.

Here’s a rundown of the other major coronavirus stories overnight:

India reported another record jump in new cases, with 83,883. That’s officially the biggest number reported in a single day anywhere in the world. It brings India’s total to 3.85 million. India is carrying out mass testing in cities like Delhi. Another 1,043 people died from the disease, the health ministry said, bringing India’s death toll to 67,376.

China reported 11 new cases of coronavirus on Thursday, all of them imported, while an Air China flight from Phnom Penh was the first international flight to land in Beijing after direct flights from eight countries were allowed to resume.

Brazil’s health ministry says it has confirmed another 46,934 cases, bringing its total to 3,997,685. Some 123,780 people have died from the disease in Brazil, the second biggest, and second-deadliest, outbreak outside the US.

Australia’s second-largest state, Victoria, reported 113 new cases of the virus and an additional 15 deaths on Thursday, returning to more than 100 new cases for the first time in 4 days.

Finally, Hollywood star Dwayne “The Rock” Johnson revealed that he and his family all tested positive for COVID-19, but have now recovered. He added that the coronavirus was “one of the most challenging things” they ever did as a family.

Stay disciplined. Boost your immune system. Commit to wellness. Wear your mask. Protect your family. Be strict about having people over your house or gatherings. Stay positive. And care for your fellow human beings. Stay healthy, my friends. DJ ???? #controlthecontrollables

Looking ahead, we wait to see whether cases continue to climb across Europe and the American Midwest. 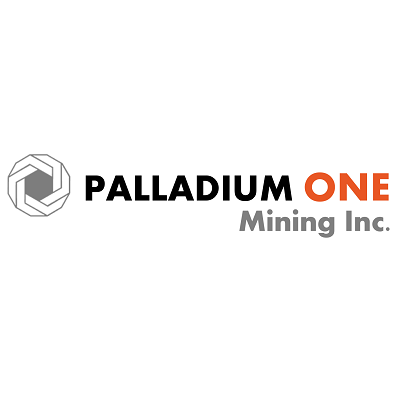