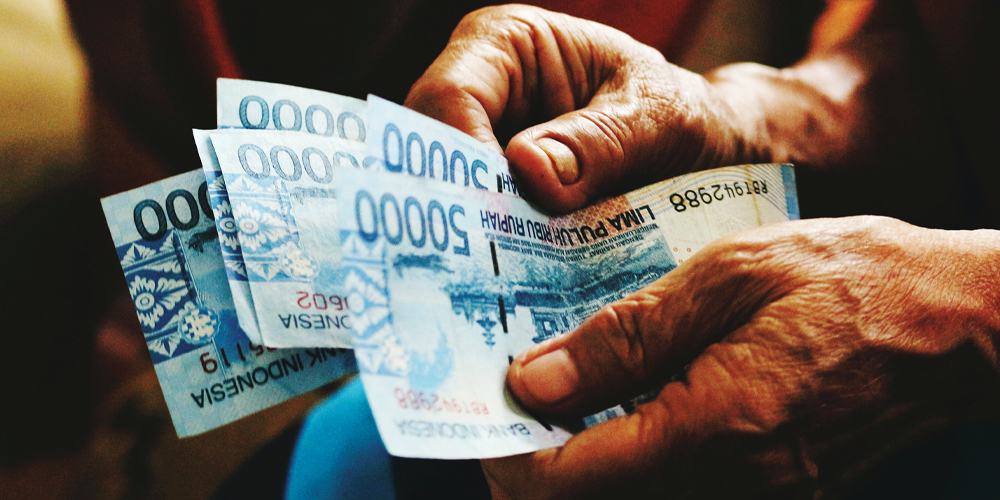 The U.S. dollar faces downward pressure due to a combination of macro and technical factors, and we believe a key beneficiary of this trend will be investors in sovereign emerging markets debt (EMD) that is denominated in local currencies. Several factors—a rising growth advantage, light market positioning, and attractive valuations in both bonds and foreign exchange (FX)—underpin our favorable outlook relative to other fixed-income asset classes.

Performance of local currency sovereign bonds has been mixed since the Global Financial Crisis (GFC). The past few years have been no exception, as shown in the chart below.

However, this was solid performance offset by weaker currencies. Investors have been wary of exposure to the higher volatility present in emerging markets FX, and the cost of hedging back to U.S. dollars or euros has fallen as central banks have cut rates.

Looking out over the second half of 2020 and beyond, however, we believe many of the headwinds holding back emerging markets currencies should fade as several factors drive a weaker U.S. dollar in the near term.

A shallower and more prolonged recovery in U.S. economic growth. According to the latest International Monetary Fund (IMF) projections, advanced economies will not recover to 2019 levels of economic output until 2022 to 2023. Emerging markets, however, are expected to fully recover by early 2021.

Extreme monetary stimulus pushing U.S. real yields into deeply negative territory. Even as the recovery progresses, we expect the U.S. Federal Reserve (Fed) to hold course for some time. This could also lead to a steepening of the Treasury curve, particularly in the 10-year and beyond.

More broadly, in the context of a wider range of asset classes and investment opportunities encompassing both emerging and developed markets, emerging markets FX stands out for being attractively valued relative to fundamentals.

In terms of our outlook for emerging economies, we have been encouraged by several tentatively positive macro trends that should continue through the coming year.

First and most importantly, aggregate GDP in emerging markets is forecast to recover quickly over the next 18 months from the deep contraction in the first half, as shown in the chart below.

At the same time, developed markets should face a flatter and more prolonged recovery curve, and will likely take two or more years to get back to 2019 output levels.

Widening growth differentials historically have been an important driver of capital flows and currency valuations, and we do not expect this relationship to change in the near term. Indeed, one of the strongest drivers of U.S. dollar strengthening since 2014 has been the country’s above-potential GDP growth amid a period of greater global uncertainty.

Consensus forecasts have been further supported by surprises versus expectations in data. After a strong third quarter in 2019, developed markets trended downward—even before the COVID-19 crisis—and have been in negative territory since October 2019. Emerging markets, on the other hand, have been more or less neutral over the same period, spiking back into the green this year.

We do not expect faster growth to lead to a significant deterioration in most macro variables.

Importantly, we do not expect faster growth to lead to a significant deterioration in most macro variables, at least at the aggregate emerging markets level. Higher imports should put some pressure on external balances, but the basket should remain in surplus. Meanwhile, Consumer Price Indices (CPI) should remain fairly stable. While central banks in emerging markets have cut rates heavily, negative output gaps and FX appreciation should keep inflation upside relatively limited this year and into next.

The main area of concern for emerging markets on the macro side has been fiscal deterioration and challenging debt dynamics.

Somewhat unexpectedly, however, we have seen only a modest change in the overall level of external debt as a percentage of emerging markets GDP as local markets have absorbed the bulk of new issuance. With little sign that appetite for sovereign bonds is slowing among domestic emerging markets investors, the risk of a lack of liquidity or solvency triggering a crisis among the larger local currency debt markets remains low.

We expect this combination of positive real rates, attractive valuations, and stable-to-improving fundamentals to drive portfolio flows into local markets in the coming year.

From what we have seen so far in reported fund data, investors have been hesitant to allocate new money to the asset class, but the flows trend has been steadily improving at the margin.

Additionally, we have seen much improvement in investor risk appetite, with cash holdings falling and average fund betas rising back to normal ranges.

We are still early in the rebalancing process and far from stretched levels in both dedicated positioning and global investor allocations to local emerging markets debt, so the trend still has legs, in our view.

The huge amount of negative-yielding debt globally will likely continue to encourage investors to increase allocations to emerging markets.

First, we estimate that for the countries composing the main local debt benchmark—the J.P. Morgan Government Bond Index-Emerging Markets (GBI-EM) Global Diversified—currencies are at least 3% to 5% cheaper than fair value, averaging across a number of longer-term valuation methodologies (including purchasing power parity, real effect exchange rate, and fundamental effective exchange rate). Combined with an average real five-year bond yield of about 1.3%, this makes a compelling case for holding local assets unhedged, whether in bonds or equities.

On the bond side, however, term premium has all but disappeared from the curves of many of the lower-yielding, investment-grade names. High yield curves have also flattened, but this is also reflective of much lower current inflationary pressures and expectations over the next few years as well as increased issuance.

Ultimately though, the huge amount of negative-yielding debt globally will likely continue to encourage investors to increase allocations to emerging markets. While we do not anticipate a repeat of 2019’s strong bond performance, we believe curves will remain well supported.

Successfully navigating emerging markets—which are complex and rapidly changing—requires the focus and specialist skills of a dedicated investment team.

We believe EM sovereign bond markets tend to have long-term, structural performance drivers with strong linkages to credit markets, and our decision-making process reflects this.

Our unique investment process combines bottom-up fundamental analysis of EM sovereign and corporate issuers and currencies with top-down analysis of global and regional market conditions. This comprehensive approach across the broader EMD universe deepens our understanding of performance drivers and helps improve decision-making quality—which ultimately benefits the potential long-term risk and return characteristics of our investments.

Whether top-down or bottom-up, our qualitative analysis is focused on fundamentals, technicals, and valuations via a risk-scoring framework.

Top-down scores are set monthly in a joint effort by the wider EMD team, while bottom-up scores are determined by individual portfolio managers for each sub-strategy. The resulting positive, negative, or neutral scores represent the sum total of the portfolio managers’ assessment of each asset class, issuer, or security. This translates directly into under- or overweight exposures and overall risk at the portfolio level.

Past performance is not indicative of future returns. Investing involves risks, including the possible loss of principal. Investing in foreign denominated and/or domiciled securities may involve heightened risk due to currency fluctuations, and economic and political risks. These risks may be enhanced in emerging markets. Investing in the bond market is subject to certain risks including market, interest rate, issuer, credit, and inflation risk. Rising interest rates generally cause bond prices to fall. Sovereign debt securities are subject to the risk that an entity may delay or refuse to pay interest or principal on its sovereign debt because of cash flow problems, insufficient foreign reserves, or political or other considerations. High-yield, lower-rated securities involve greater risk than higher-rated securities; portfolios that invest in them may be subject to greater levels of credit and liquidity risk than portfolios that do not. Individual securities may not perform as expected or a strategy used by the Adviser may fail to produce its intended result. Diversification does not ensure against loss.

The J.P. Morgan Government Bond Index-Emerging Markets (GBI-EM) Global Diversified tracks local currency bonds issued by emerging markets governments. The J.P. Morgan Emerging Market Bond Index Global Diversified (EMBIGD) tracks the total return of U.S.-dollar-denominated debt instruments issued by sovereign and quasi-sovereign entities. Index information has been obtained from sources believed to be reliable but J.P. Morgan does not warrant its completeness or accuracy. The indices are used with permission. The indices may not be copied, used, or distributed without J.P. Morgan’s prior written approval. Copyright 2020, JPMorgan Chase & Co. All rights reserved.