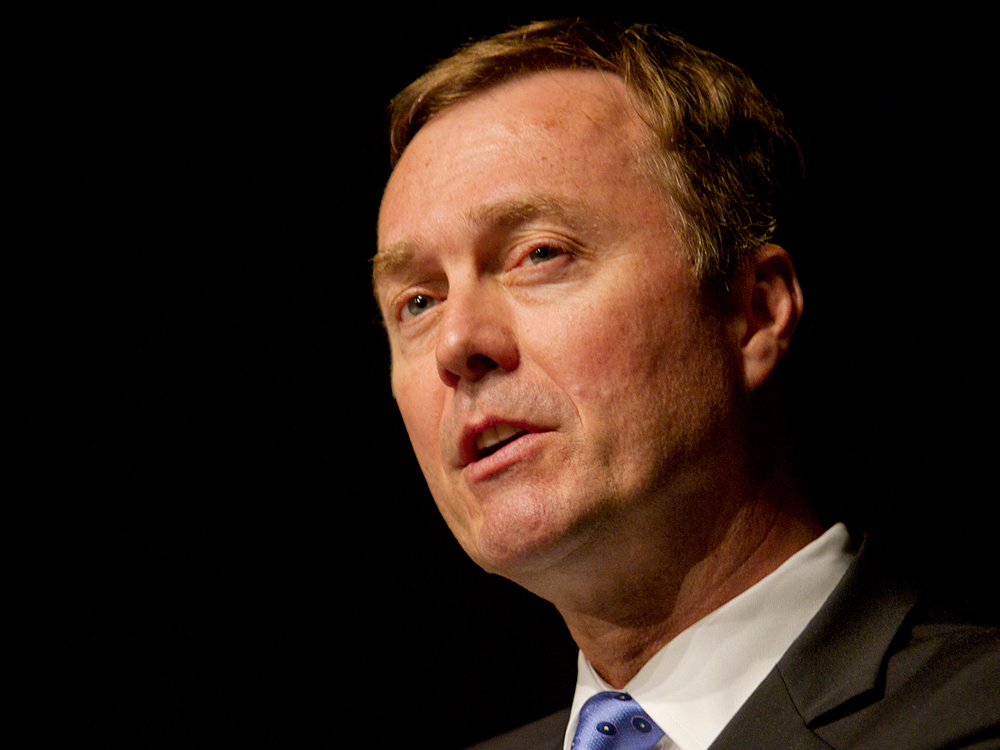 On Monday morning, hours after Teck Resources Ltd. announced it would withdraw its application to build the largest oilsands mine in Albertan history, the company’s chief executive Don Lindsay blamed politics, not economics, for the project’s demise.

Speaking at the BMO Capital Markets Global Metals and Mining Conference in Florida on Monday, Lindsay said the proposed Frontier oilsands mine had become a lightning rod for the political controversies of the day, including climate change policies and Indigenous rights.

“The project has landed squarely at the nexus of a much broader national discussion on energy development, Indigenous reconciliation and, of course, climate change,” he told investors. “We are stepping back to allow Canada to have this important discussion without a looming regulatory deadline for just one project.”

Prime Minister Justin Trudeau’s cabinet was expected to make a decision on whether to issue a permit for the project within the next month, and Alberta Premiere Jason Kenney had said it would have a “devastating effect” if the project were rejected, and likely further exacerbate feelings of Western alienation in his province. But in the end, Teck voluntarily removed itself from the permitting process, citing the need for clearer policies around climate change.

There is also investor pressure on Teck to raise its environmental performance.

Blackrock Inc., which manages $7 trillion in funds, controlled roughly 6.56 per cent of Teck’s shares as of the end of 2019, making it the company’s third-largest shareholder, and it has been pushing corporations to do more to fight climate change.

Teck recently pledged to cut its carbon emissions to net zero by 2050, and has repeatedly emphasized that it is committed to producing energy, including oil and steelmaking coal, in an environmentally friendly way.

In a letter to the federal Minister of Environment and Climate Change that was released on Sunday evening that expanded on the reasons why Teck was shelving Frontier, Lindsay also wrote that the company strongly supports “Canada’s action on carbon pricing and other climate policies such as legislated caps for oil sands emissions.”

While Lindsay said there is “no timeline for any potential resubmission” of the Frontier project, he did not address the possibility that the proposed oilsands mine could be revived if circumstances change.

It marked a change in tone for the CEO, who has previously emphasized that the viability of the proposed $20 billion project Frontier in Alberta, capable of producing 260,000 barrels of oil per day, depended on three P’s: pipeline capacity to carry product to market, oil prices and finding a partner.

Analysts had always questioned whether the economics of Frontier made sense, noting that Teck assumed the oil price would exceed $95 per barrel when it initially contemplated the project, but since then current WTI crude price have fallen dramatically, to $51.46 as of Monday.

Last week, Teck announced that “lower market expectations for future oil prices” forced it to write down the value of its existing oilsands assets by $910 million.

Orest Wowkodaw, an analyst at Scotia Capital Inc, wrote Monday that he had ascribed “a very low probability” to the chance of the Frontier mine being built, and thus gave it “zero value” in his financial modelling.

“At some point in time, this (project) may make sense,” said Shane Nagle, a research analyst at National Bank Financial. “If the oil price was higher and other companies were chomping at the bit for new projects, maybe this makes sense.”

But the economic headwinds made the project unlikely to be constructed even if a permit were granted, Nagle said.

Given that political controversies around new energy production appear to have reached a peak, there was little upside for Teck to continue seeking a regulatory permit at this time and risk a possible rejection, he said.

Separate from the spotlight on Frontier, the company had also faced what Lindsay characterized as a “perfect storm” of challenges, including softer commodity prices as a result of coronavirus, social unrest in Chile that has delayed development of a multibillion-dollar copper mine, weather-related challenges and rail blockades around Canada that have hurt its bottom line.

Indeed, Lindsay began his talk on Monday by noting that “illegal blockades” of rail lines across Canada have had “significant impacts” on the company’s bottom line already.

Year to date, the company’s stock has fallen 37.5 per cent to just over $14 per share, suggesting that investors are concerned about Teck’s many challenges.

price target for Teck to $34 from $39 on Monday, noting that inclement weather, logistics bottlenecks and social unrest in Chile and British Columbia have turned “Teck into a show-me story that will require strong operating and development execution at the company’s coal operations” and progress at its Quebrada Blanca Phase 2 copper project in Chile to regain investor confidence.