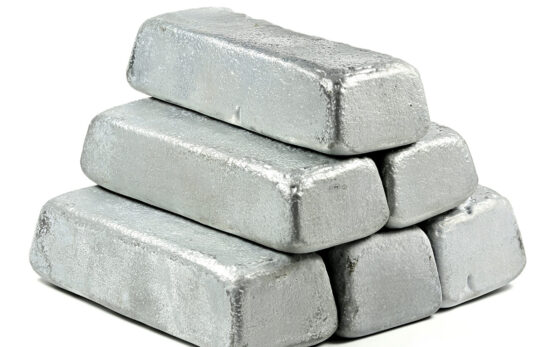 ZincX Resources (TSXV:ZNX, FSE:M9R, US:ZNCXF) is off to a great start at its Akie property in British Columbia, where a 2021 drill program envisions three holes totaling 2,000 meters.

This week, the Vancouver-based junior announced completion of the first hole drilled into the Cardiac Creek deposit. The hole targeted the northwest area of high-grade core proximal to three historical drill holes, all of which yielded outstanding results, including 23.42 meters (true width) of 12.40% zinc (Zn) + lead (Pb) and 15.1 g/t silver (Ag); and 28.67m true width of 10.38% Zn + Pb and 14.2g/t Ag.

According to ZincX, The Footwall Zone was intersected over approximately 8.75 metres from 593.45 to 602.24 and is characterized by a similar style of mineralisation to the Cardiac Creek Zone. A thin 1.5 metre massive sulphide lens enriched in pyrite, sphalerite and galena was encountered from 606.11 to 607.57 metres. The drill hole was terminated in Silurian siltstone at a depth 641.93 metres. A total of 147 samples including standard QA/QC samples will be collected from this drill hole and submitted for analysis.

The zone is characterized by thick beds of sulphides comprised of laminar pyrite and banded sphalerite. Locally the sphalerite bands display a well-developed “mottled” texture that is due to an enrichment in sphalerite with interstitial carbonate and quartz with galena. The sulphides are interbedded with the host black carbonaceous, siliceous shales of the Gunsteel Formation.

ZincX’s Akie property is in northeastern BC, within a geological district known as the Kechika Trough.

The Kechika Trough is the southernmost area of the regionally extensive Paleozoic Selwyn Basin, known to be one of the most prolific sedimentary basins in the world for the occurrence of SEDEX zinc-lead-silver and stratiform barite deposits.

In addition to the Akie property, ZincX is looking to make more discoveries throughout the Kechika Trough region, having assembled as many as 11 other property blocks comprising 184 mineral claims covering approximately 682 square kilometers (together known as the “Kechika Regional Project”).

The property blocks (from south to north on the tenure map below), include: Pie, Cirque East, Yuen, Yuen North, Mt. Alcock, Kwad, Weiss, Bear/Spa, Driftpile South, Saint and Thro. The company owns 100% of eight blocks and maintains a significant interest in the Pie, Cirque East and Yuen properties with partners Teck Resources and Korea Zinc, both of which are prominent figures in the zinc industry.

Drilling on the Akie property since 2005 has directed ZincX to a significant body of baritic-zinc-lead SEDEX mineralization known as the Cardiac Creek deposit.

According to ZincX, Cardiac Creek is capable of matching, if not surpassing, the production of some of the largest zinc deposits found in the United States. Results from the 2018 preliminary economic assessment (PEA) support the company’s view.

Additional drill targets and/ or exploration activity will be contemplated as budget and time constraints allow.

This material will be used by ZincX to further investigate previous metallurgical testing, with a focus on enhancing the recoveries and boosting the concentrate grades for both zinc and lead. The work will be done at a metallurgical testing facility owned by Tongling Non-Ferrous Metals of China (Tongling), a key shareholder.

One of China’s largest smelting companies, Tongling is known for its deep pockets and an eye for high-upside projects. In 2009, Tongling, together with China’s second-biggest railway builder, bought out TSX-listed miner Corriente Resources for $680 million, and later led the consortium that put the $1.4 billion Mirador copper project in Ecuador into production.

“Tongling is thoroughly familiar with the progress to date on the Akie property, including the 2017 metallurgical test program and the robust and positive results from the 2018 PEA. Tongling last toured the Akie property in 2018, and to this day recognizes the inherent value of the company’s significant prospective land package and the potential long-term district development opportunity.”

Given the current rate of consumption, it is projected that global zinc reserves — estimated by the US Geological Survey at 250 million tonnes — will only last another 17 years. The global zinc market has reached a critical stage where more mines are needed. But even if all the development projects come online at full capacity, industry experts think that won’t be enough to outpace demand.

As such, explorers like ZincX are facing a tremendous growth opportunity. Its Akie project is one of the premier global zinc projects in a top-tier jurisdiction (Canada was at one point the world’s largest zinc producer). Through the Cardiac Creek discovery, the company has demonstrated a high-grade, large-tonnage deposit that has expansion potential and even district-level prospectivity — via the Kechika Trough.

To us at AOTH, ZincX is trading at a deep discount to most its peers. Akie is a high-quality project with the size, grade, jurisdiction and exploration upside that I look for. And it’s one deposit not several smaller deposits.

The fact that Tongling, one of China’s largest smelting companies, has been heavily invested in the project for more than a decade, including bankrolling the current 2,000-meter drill program and metallurgical testing regime, says a lot. I’m eager to see how far the assays, once available, go in boosting the zinc concentrate grades and elevating the Akie project’s potential production value.

Richard does not own shares of ZincX Resources Corp. (TSXV:ZNX, FSE:M9R US:ZNCXF). ZNX is a paid advertiser on his site aheadoftheherd.com