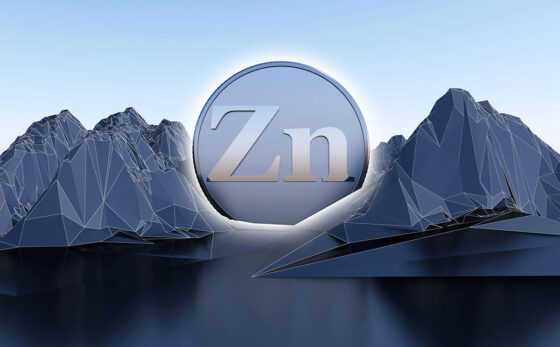 Nearly two months into resuming exploration activities, ZincX Resources Corp. (TSXV: ZNX) this week announced the successful conclusion of its 2021 drill program, targeting the Cardiac Creek deposit on the Akie property in BC.

The tail end of this drill program, however, came with a pleasant surprise.

Careful budgeting and faster than anticipated drilling had allowed the company to complete two further holes for an additional 850 metres over and above the original drill program, which was planned for three holes totalling 1,850 metres.

Thus, on top of the previously announced two drill holes, an additional three holes were completed in July, bringing the program to a total of five holes for 2,670 metres drilled.

In the latest update, ZincX reported that the third hole of the 2021 drill program was successfully completed to its intended depth.

Drill hole A-21-157 intersected the Cardiac Creek zone at a depth of 369.10 metres, which continued interbedded with narrow shale beds to a downhole depth of 409.63 metres; for an aggregate total of 22.65 metres of apparent width.

The typical “mottled” texture is weak throughout the zone but locally is strongly developed within sphalerite-dominant beds. The mineralized zone ends in abundant laminar to nodular bedded barite in black shale.

The debris flows and limestone of the Paul River Formation were intersected at a depth of 423.00 metres and the hole was completed to a depth of 436.21 metres in the calcareous siltstones of the Road River Group.

A total of 110 samples were collected from this drill hole and submitted for analysis.

As for the two “bonus” holes, they were drilled off the same drill pad as A-21-157, but at different collar orientations and designed as infill holes in the immediate vicinity.

Logging and sampling are continuing on the final two holes, and are expected to be completed shortly.

The 2021 drill program was originally planned for approximately 2,000 metres of drilling, with the primary objective of acquiring mineralized Zn-Pb-Ag drill core samples for advanced metallurgical testing.

The material will be used to further investigate previous metallurgical testing of the mineralization with a focus on enhancing the recoveries and boosting concentrate grades for both zinc and lead. This will be done through a state-of-the-art metallurgical testing facility owned by key strategic shareholder Tongling Non-Ferrous Metals.

One of China’s largest smelting companies, Tongling is known in the mineral resource industry for its deep pockets and an eye for high-upside projects.

In 2009, Tongling, together with China’s second-biggest railway builder, bought out TSX-listed miner Corriente Resources for $680 million, and later led the consortium that put the $1.4 billion Mirador copper project in Ecuador into production.

This test is intended to enhance metallurgical work conducted and reported by the company in the 2018 Preliminary Economic Assessment (PEA).

Additional exploration activity is being contemplated as budget constraints allow, including a ground gravity survey and additional geostructural mapping.

The Kechika Trough is the southernmost area of the regionally extensive Paleozoic Selwyn Basin, considered to be one of the most prolific sedimentary basins in the world for the occurrence of SEDEX zinc-lead-silver and stratiform barite deposits.

Drilling on the Akie property by ZincX Resources since 2005 has identified a significant body of baritic-zinc-lead SEDEX mineralization known as the Cardiac Creek deposit, hosted by siliceous, carbonaceous, fine-grained clastic rocks of the Middle to Late Devonian Gunsteel Formation.

According to ZincX, Cardiac Creek is capable of matching, if not surpassing, the production of some of the largest zinc deposits found in the United States. Results from the 2018 preliminary economic assessment (PEA) support the company’s view.

The study envisions conventional underground mine and concentrator operation with an average production rate of 4,000 tonnes per day. The mine will have an 18-year life with potential to extend the life-of-mine (LOM) through resource expansion at depth.

In conjunction with the PEA, ZincX also announced the metallurgical test results for the mineralized material at Cardiac Creek.

At that time, the company fully expected metallurgical testing to be an iterative process, and this year’s work will continue to seek improvements to bolster the significant value of the deposit.

Development of a potential high-production zinc mine in Cardiac Creek bodes well for the future of the industry, and more importantly, the environment.

Primarily used to coat and protect steel from corrosion, zinc is unquestionably a staple in a nation’s infrastructure buildout. But the metal has also become a key ingredient in batteries and energy storage systems, making it even more indispensable for our industrial activities as we move forward with clean energy.

According to the International Zinc Association (IZA), demand for zinc in batteries stood at 600 tonnes in the past year, but that figure is projected to leap to 77,500 tonnes by 2030. That’s nearly 130 times more of the battery material needed in a decade!

Demand from China, where zinc prices jumped to a 3-year peak earlier this year, remains strong as industrial activity ramps up in what is the world’s biggest consumer and #1 electric vehicle market.

Just recently, BMO Capital Markets re-adjusted its metals price outlook for the second half of 2021 (see below), raising its expectations for base metals including zinc on the back of strong demand so far this year.

While demand is the biggest driving force behind rising prices, a waning global supply of zinc has also played a pivotal role.

Over the years, some very large zinc mines have been depleted and shut down. These include MMG’s Century mine, which used to supply 4% of the world’s zinc, and Glencore’s Brunswick and Perseverance mines in Canada.

A study published by the International Lead and Zinc Study Group (ILZSG) showed that the global refined zinc market registered a supply deficit of 480,000 tonnes for the first ten months of 2020. A combination of soaring demand and more mine shutdowns could cut zinc supply by another 15%, the group warned.

A 2020 report by Fitch Solutions had pointed to an annual growth rate of 1.1% in global zinc consumption for the next decade, which would be enough to sustain a market deficit over that period given the current mined supply scenario.

This market shortage is likely to widen without more significant zinc discoveries or big projects planned.

A sense of urgency is developing in North America, where both the US and Canadian governments have placed zinc among their list of “critical minerals”, aiming to pivot away from foreign imports by building up their domestic supply of the metal.

According to the US Geological Survey, while zinc is mined in over 50 countries worldwide, the vast majority of those currently come from China, Australia and Peru.

Fortunately, there is an abundance of SEDEX Zn-Pb-Ag deposits, the most prevalent source of zinc, in Canada. In fact, the nation has historically been near the top of the zinc producers list.

Canada’s next zinc mine could well be found within the mineral-rich Kechika Trough region of BC.

Evidence so far suggests that the Akie property owned by ZincX has the combination size, grade, location and exploration upside to go head-to-head with some of the most exciting base metals discoveries in the world.

With the summer drilling now complete, we’re very intrigued by the sampling results and the advanced metallurgical testing coming up.

Richard does not own shares of ZincX Resources Corp. (TSX.V:ZNX). ZNX is a paid advertiser on his site aheadoftheherd.com