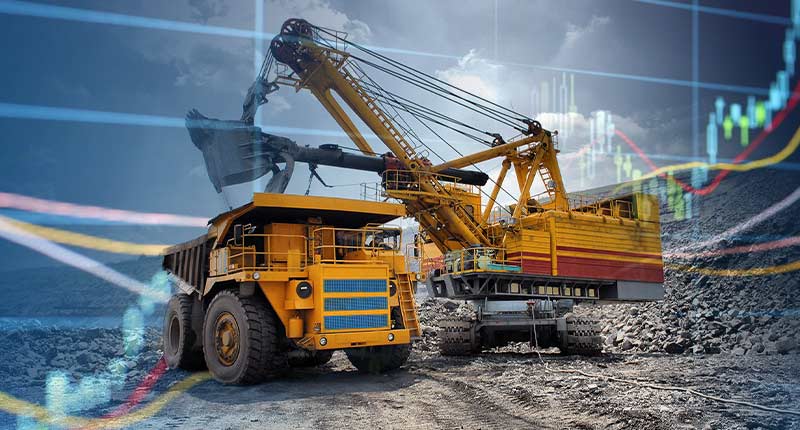 There are so many various things that impacting mining stocks in the market. Mining stocks have absolutely exploded in popularity in the last year. But what is the reason this occurred? Investors placed their focus on mining stocks after the economy initially crashed. Throughout history, this has been similar, such as during the recession. The reason is that many of these things can be physically held and often perform better than the dollar during harsh economic times.

In 2021 this momentum has continued, carrying many mining assets to stardom. Despite a pullback in the price of some materials, the sector is still performing well. There are a lot of different mining stocks that you could watch. The most commonly traded relate to gold stocks and silver stocks. These sectors have been incredibly profitable. The price of silver and gold has moved up on April 16th. To the analysts that thought these metals would fall throughout the year, they were very incorrect.

The price of gold and silver are staying at key price points instead of falling hard in value. These are not the only types of top mining stocks at the moment, though. There are also lithium stocks, copper stocks, steel stocks, and many more. Lithium stocks, for example, are going up in value over time as a result of the electric vehicle market doing well. Traditional gold and silver companies like Rio Tinto (NYSE: RIO) are now getting involved in this metal. The market changes so often it can be difficult to keep track of which stocks are high-performing. So let’s take a look at four mining stocks that are performing well in the market.

Mining Stocks To Buy Or Sell

In the last 5 days, this mining stock has gone up more than 6.60%. There is a lot of probable reason this happened. Let’s first look at who the company is. Hecla produces precious metals and base metal properties. Its operations take place both internationally and in the United States. Its primary products are lead, zinc, and bulk concentrates. So what caused this huge price uptick?

On April 8th, Hecla reported its first-quarter production results for this year. Its growing Lucky Friday production caused silver production to increase to 7%. The company’ss gold production went down 12% because of reducing less profitable production. Its zinc and lead production rose 25% and 82%, respectively. Baker stated, “Greens Creek, Lucky Friday, and Casa Berardi all had a strong operating performance which combined with current silver prices enabled us to close the quarter with more than $135 million in cash.” One year ago, HL stock was less than $2.50 per share. Its current price of $6.40 is a huge improvement.

When talking about gold stocks, one company that must be mentioned is Turquoise Hill Resources. This company has seen some huge price increases (and decreases) in the last year. Turquoise Hill is a mining corporation that explores copper, gold, and silver deposits. Its main property is the Oyu Tolgoi copper-gold mine in Mongolia.

TRQ stock has already been on some upwards trajectory. Then on April 8th, Rio Tinto and Turquoise Hill reached a deal to expand Oyu Tolgoi. Now the companies will pursue re-profiling existing project debt to reduce the current funding requirements by up to $1.4 billion. Both companies also would like to raise $500 million in senior supplemental debt under existing project financing arrangements.

Turquoise Hill CEO Steve Thibeault said, “With a binding funding agreement now in place that sets out a process along a known timeline, we will be able to move ahead as expeditiously as possible with the development of the underground project at Oyu Tolgoi.”

The CEO of Rio Tinto, Bold Baatar, added, “Commencing the re-profiling whilst concurrently listening, engaging and resolving the concerns of the Government of Mongolia are critical steps to maintaining momentum on the timely delivery of the Oyu Tolgoi Underground Project.”

If you invest in mining stocks, you have certainly heard of Newmont Corporation. If not, Newmont Corporation operates as a mining company that will produce and explore resources like gold, silver, copper, zinc, and lead. The Colorado-based company holds land in the United States, Canada, Mexico, Peru, among other countries.

Often NEM stock will move with the price of metals themselves, which it has. But Newmont has a lot in the pipeline that is also causing NEM stock to increase in value. On April 29th, Newmont will be holding its first quarter 2021 earnings call. Earnings calls like this often affect the price of a company’s stock. In addition to this news, Newmont announced that it had executed a $3 billion sustainability revolving credit facility. This announcement, made on March 30th, was great for the company.

These are the type of announcements that get investors excited for the future of the company. Newmont is one of the first mining companies to add a sustainability-linked pricing component to its revolving credit facility. NEM stock price is up more than 8% in the last 5 days alone. It will be interesting to see how its earnings call will go.