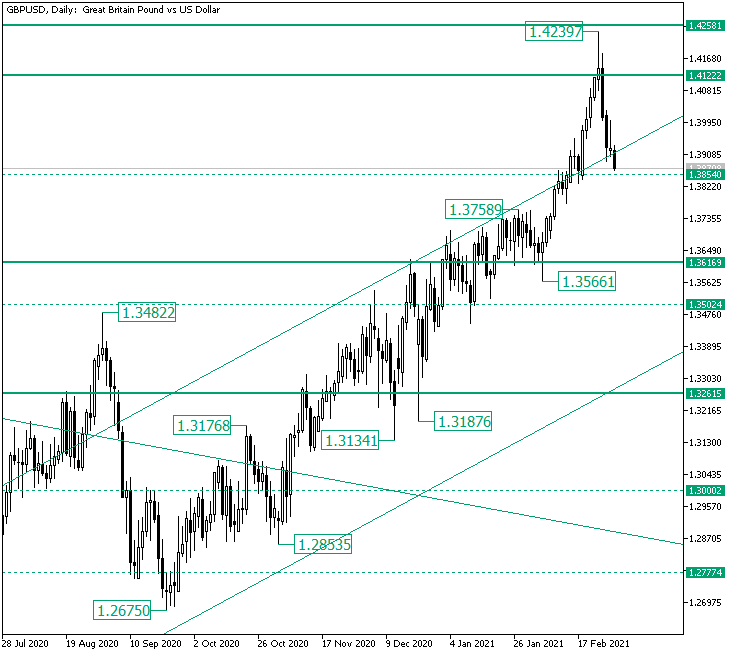 The Great Britain pound versus the US dollar currency pair seems to be under bearish pressure but could the bulls thrive in the attempt to rotate the price?

On both occasions, the bulls had to keep up with a bearish last stance, as the 1.3187 and 1.3566 lows, respectively, point out. Furthermore, the second bullish endeavor was initially limited by the double resistance area etched by 1.3619 and the upper line of the rising channel, but it was able to print an acceleration from the momentum perspective.

This led to the price testing the second double resistance, noted by the same ascending line and — this time — by the 1.3854 intermediary level. However, this resistance was not able to withstand, for the momentum — as aforementioned — was at its peak.

As a result, the price climbed until the high of 1.4239 — in the close vicinity of the 1.4258 resistance area. From there, the price ebbed until it touched the upper line of the ascending channel. If the bulls are able to find support here or at the 1.3854 intermediary level, then they may hope for 1.4122 as their first objective.

However, if the fall proves not to have ended, the price could breach 1.3854, which, if it becomes resistance, lays the ground for a fall to 1.3616.