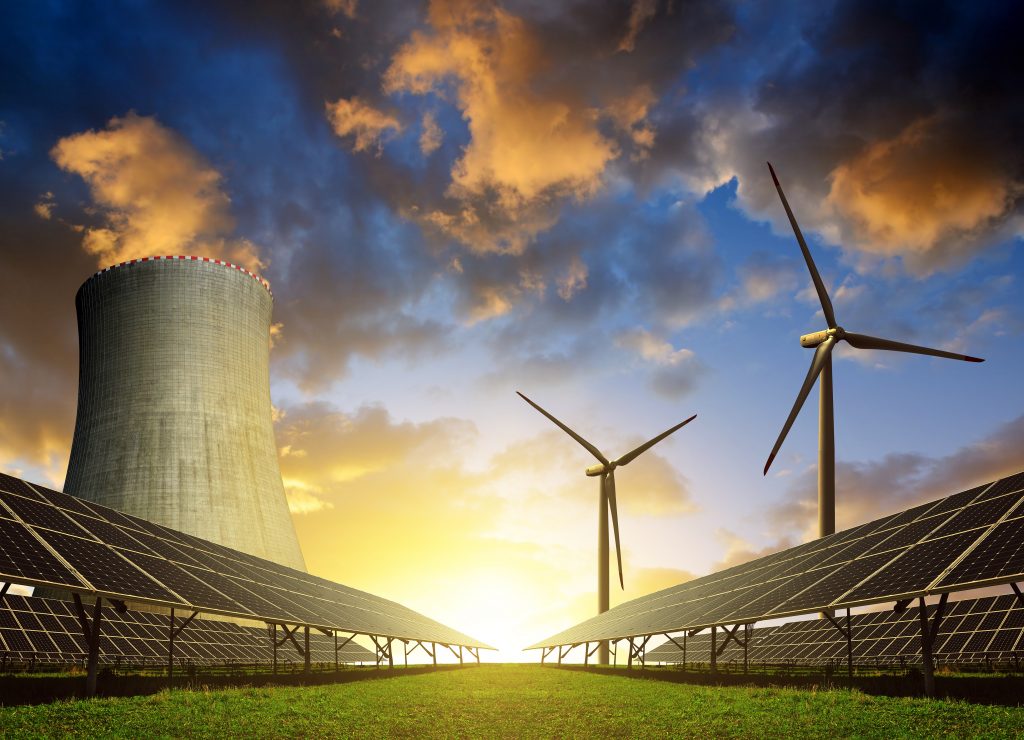 Few sectors have experienced the image transformation that the nuclear energy market has undergone over the last five years.

Once a concept that conjured images of nuclear fallout and radioactive wastelands, uranium is now a resource that’s considered paramount in decarbonization.

While solar and wind garner a lot of buzz for their green potential, uranium has been silently powering national grids and supplying electricity around the globe since 1951.

As it becomes increasingly clear that an arsenal of tools must be used to fight climate change, nuclear energy is moving to the fore. Producing zero emissions, it currently provides 10 percent of the world’s electricity, and is slated to put out more as nuclear reactors in China, India and other major countries around the globe increase their nuclear energy capacity.

The Nuclear Energy Institute states that nuclear energy helped the US avoid over 476 million metric tons of carbon dioxide emissions in 2019. That’s the equivalent of taking 100 million cars off the road.

“What’s different this time is net zero, and net zero not just adopted by governments, but by private companies as well, because it drives what we call electron accountability,” said Isaac.

He explained that businesses worldwide are now more cognizant of where their electrons are coming from and whether they are the product of clean energy.

“You can talk about hydrogen, and you can talk about electrifying transportation. But if you’re doing that on a dirty grid, you’re actually not solving the problem,” he added. “So it all starts with the grid.”

This sentiment was echoed by North Shore Global ETFs CEO and Founder Tim Rotolo. Speaking to the Investing News Network, he said he believes the changing narrative has been aided by governments realizing that renewable energy isn’t as abundant or reliable as once believed.

“So nuclear, whether it’s by default, has kind of come back into vogue, because people say, ‘Yeah, I want to drive an electric car, but I don’t want it powered by coal,” he said.

“You can’t produce enough electricity from wind and solar in order to supply sufficient amounts of electricity and ergo you have demand for nuclear all of a sudden.”

Although they are often used interchangeably, the terms renewable energy and clean energy evoke different meanings for Isaac.

“I think it’s very deliberate that the (US) federal government uses the term clean energy. I mean, that’s code for hydro and nuclear,” he said. “That’s why they don’t use the term renewable energy.”

The US is relying on clean energy to aid its pursuit of decarbonization, and also wants to share nuclear energy globally. A US$5.3 million investment in the Foundational Infrastructure for Responsible Use of Small Modular Reactor Technology program will help kickstart the new nuclear agenda. This is a framework that Isaac believes has been built from the state level up.

“You’re starting to see a mapping of the federal support behind where some states have already gone, which is to recognize nuclear as clean energy,” he said. “And why did it start at the state level? Well, because that’s where the grid is. And that’s where the concerns about the grid and how clean it is are.”

Small modular reactors are expected to allow the nuclear industry to offer scalable energy solutions to all sizes of businesses and enterprises. There are also more than 50 large-scale nuclear reactors being built globally, in addition to the 450 that are already producing clean electricity.

Not only have governmental attitudes around nuclear energy changed over the last five years, but so too has the larger social narrative. “I have teenagers who are absolutely convinced that the global invisible enemy is carbon. It’s not radiation anymore,” said the Cameco vice president.

“They don’t enter the discussion with a bias against nuclear the way my generation might have, and then had to be convinced it should be part of the solution,” he continued.

“They start with, ‘Hey, the invisible enemy that we all have to worry about is carbon loading.’ And so anything that deals with that problem should be on the table.”

Securities Disclosure: I, Georgia Williams, hold no direct investment interest in any company mentioned in this article.

This article was originally published at https://investingnews.com/daily/resource-investing/energy-investing/uranium-investing/clean-energy-new-nuclear-narrative/