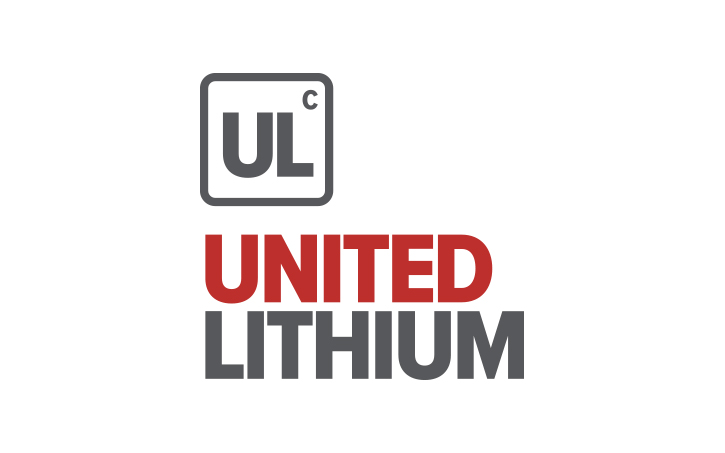 VANCOUVER, British Columbia, May 03, 2022 (GLOBE NEWSWIRE) — United Lithium Corp. (CSE: ULTH; OTC: ULTHF; FWB: 0ULA) (“ULTH” or the “Company”) is pleased to announce that it has established a large land position in an historic lithium-beryllium producing area near Custer, South Dakota. The Company has staked over 500 unpatented lode claims covering more than 15 square miles (nearly 40 square kilometers) in the west and southwest parts of the Black Hills. The “Liberty Lithium Project” hosts numerous pegmatite bodies, many of which were mined for Li-Be during World War II. United Lithium’s claims include or are immediately adjacent all of the Li-Be producing properties (if the property is privately owned) from this era. A reconnaissance rock chip sampling program was carried out in conjunction with the staking program to identify new areas for detailed field work. Samples have been submitted to the laboratory and assays are awaited.

A general outline of the Liberty Lithium Project claims is presented below (Map 1). The area staked covers the public lands administered by the U.S. Forest Service (USFS). There are private property holdings within the USFS lands and United Lithium’s claims are positioned and located to recognize pre-existing titled ownership rights.

A photo accompanying this announcement is available at https://www.globenewswire.com/NewsRoom/AttachmentNg/31ff5bfb-02c8-49f3-8a9a-f9ee0ab1969b

“The Liberty Lithium Project was generated using the knowledge of our team, allowing us to stake open ground with historic lithium production on and adjacent to our claims. Most historic mining occurred from the 1870’s to the 1950’s without modern production or exploration methods. We are excited at the opportunity to do systematic exploration using modern techniques. We expect that our consolidation of claims in the Liberty Lithium Project will lead to meaningful discoveries of spodumene that may support the growing demand for lithium to supply the North American battery and Electric Vehicle markets,” states United Lithium’s President and CEO Michael Dehn.

Keystone is located near the Mount Rushmore and Crazy Horse National Monuments, and United Lithium purposely avoided staking in these culturally and historically significant heritage and tourist locations, which we believe to be inappropriate for future mining.

In contrast, United Lithium’s Liberty Lithium Project near Custer lies more than 10 miles (16 kms) from these monuments, close to several operating pegmatite quarries that produce feldspar, mica and quartz for the market. Lithium mining at the Liberty project would be identical to these operations, with spodumene as an additional valuable production mineral.

The pegmatites of the Black Hills in South Dakota have contributed significantly to the economic development of the region and have been sources of a wide variety of mineral species. Production from the pegmatites consisted chiefly of feldspar, beryl, sheet and scrap mica, spodumene, montebrasite, lepidolite, and columbite-tantalite. Mining of the pegmatites has diminished since the 1950s, except for production of feldspar, quartz and mica from quarries in the vicinity of Custer that remain in operation.

The earliest recorded exploration in the Black Hills was an expedition led by General George A. Custer in 1874. The first pegmatite mining was in 1879 for sheet mica about 3 miles (5 kms) northwest of Custer. During World War II the Black Hills were an important source of lithium minerals, mica, feldspar and beryl, with production peaking during 1943 and 1944. The total value of pegmatite minerals produced from 1941 to 1958 in the Black Hills is recorded at approximately US$13 million (approx. US$400 million in 2021 dollars). This production is large in comparison to most other US pegmatite districts of the time. Individual mines were modest in size, operated by relatively simple techniques. Open-pit methods predominate, although underground mines exist, they are rarely more than 200 feet (70 m) deep. Hand cobbing was the chief concentrating method; the main exception was the milling techniques used by the Lithium Corp. of America to concentrate spodumene at the Etta Mine.

Notable Li and Be production during the 1940s came from the Helen Beryl mine, with little recorded activity since that time. Production consisted of spodumene, beryl, microcline-perthite, and columbite-tantalite. The Tip Top mine was also a spodumene producer and a famous locality for rare phosphate minerals. The Tin Mountain mine, located 20 miles (13.5 km) west of Custer, produced very little tin (cassiterite) but mined spodumene, pollucite, with minor amounts of beryl, columbite-tantalite, microlite, mica, and quartz. Spodumene crystals to 16 ft (5 m) in length are not uncommon in the intermediate zones at the Tin Mountain mine. In addition, exceptional zircon crystals have been found at this locality, up to 5 cm long, and typically associated with albite, quartz, and muscovite occurring between spodumene crystals.

“In South Dakota, miners found a crystal of a mineral called spodumene that was 42 feet long and weighed 90 tons.” (see Tween Tribune, an educator’s support website of the Smithsonian Institution, the world’s largest museum, education, and research complex).

United Lithium is planning an integrated exploration program to evaluate the Custer area land holdings. The program will include local area detailed geologic mapping and additional rock chip sampling. With anomalies well-defined, targets with be drilled once permits and contracts are in place.

All claims still require final approvals from the Bureau of Land Management.

Mark Saxon (FAusMM), Technical Advisor to the Company, is a qualified person as defined by National Instrument 43-101 (Standards of Disclosure or Mineral Projects) and has prepared or reviewed the scientific and technical information in this press release.

On Behalf of The Board of Directors
Michael Dehn
President, Chief Executive Officer and Director

United Lithium Corp. (CSE: ULTH) is an exploration & development company energized by the global demand for lithium. The Company is targeting lithium projects in politically safe jurisdictions with advanced infrastructure that allows for rapid and cost-effective exploration, development and production opportunities.

The Company’s consolidated financial statements and related management’s discussion and analysis are available on the Company’s website at https://unitedlithium.com/ or under its profile on SEDAR at www.sedar.com.

This news release includes forward-looking statements that are subject to risks and uncertainties. All statements within, other than statements of historical fact, are to be considered forward-looking. The Company provides forward-looking statements for the purpose of conveying information about current expectations and plans relating to the future and readers are cautioned that such statements may not be appropriate for other purposes. By its nature, this information is subject to inherent risks and uncertainties that may be general or specific and which give rise to the possibility that expectations, forecasts, predictions, projections or conclusions will not prove to be accurate, that assumptions may not be correct and that objectives, strategic goals and priorities will not be achieved. These risks and uncertainties include but are not limited those identified and reported in the Company’s public filings under the Company’s SEDAR profile at www.sedar.com. Although the Company has attempted to identify important factors that could cause actual actions, events or results to differ materially from those described in forward-looking information, there may be other factors that cause actions, events or results not to be as anticipated, estimated or intended. There can be no assurance that such information will prove to be accurate as actual results and future events could differ materially from those anticipated in such statements. The Company disclaims any intention or obligation to update or revise any forward-looking information, whether as a result of new information, future events or otherwise unless required by law.