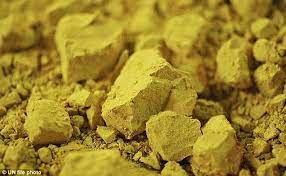 VANCOUVER, BC / ACCESSWIRE / July 5, 2022 / CAT [nxtlink id="269551"]Strategic Metals Corporation[/nxtlink] (CSE:CAT)(OTC:CATTF)(FRA:8CHA) (“CAT” or the “Company“) reports that, further to its news release of April 13, 2022, announcing an airborne survey on the East Preston Project in Canada’s prolific Athabasca Basin, the Company has completed a detailed helicopter-borne geophysical survey over specific and carefully chosen portions of the Company’s flagship South Preston Uranium Property. The project is located on the south-western margin of the Athabasca Basin approximately 35 km from the uranium deposits discovered in the Patterson Lake South area by Fission Uranium Corp. (“Fission” or “FCU“) and NexGen Energy Ltd. (“NexGen” or “NXE“).

CAT’s just completed survey totaled 984.7 line-kilometres covering two key target areas that were identified by internationally recognized and acclaimed mining consultants, Watts, Griffis and McOuat Limited (“WGM“) which was engaged by the Company in October, 2021 for the purpose of advising on, and managing, the exploration of the South Preston property. CAT’s South Preston Uranium Project is comprised of 29,395 hectares, and shares more than 10km of the adjacent property border with NexGen, as well as 50km of contiguous claim border with Azincourt Energy Corp. (“Azincourt” or “AAZ“)

The target areas that were surveyed have geological similarities that offer significant potential for basement-hosted, unconformity-type uranium deposits; such as Fission’s Triple R deposit and other deposits located in the eastern basin, such as Rabbit Lake. The airborne EM and magnetometer survey was focused on the probable extension of known graphitic conductors adjacent to the CAT property, some of which are associated with areas of elevated background radioactivity and radioactive boulders. One survey area covers a zone that was previously described as a graphitic shear zone containing visible uranium mineralization in outcrop.

The CAT project area has never been explored in any systematic manner, and is almost entirely untouched by modern geophysical survey techniques. Recent work by Azincourt, CAT’s neighbour, has identified prospective zones on its own property, which is primarily north of CAT’s property, immediately northwest of the CAT South Preston Project. Prior to the most recent exploration work carried out by AAZ, Denison Mines carried out various exploration activities in the 1970’s that was focused on the Athabasca sandstone unconformity; which is largely, but not entirely, absent from CAT’s South Preston property.

Following the interpretation of this airborne geophysical survey’s data in the coming weeks, a WGM team will be mobilized and on the ground during August to conduct follow-up exploration protocols which will focus on the highly favourable areas that were identified in the most recent report compiled by WGM. This report was the result of examining all of the previous, and various, data sets that – until now – were never amalgamated into a single database. Of particular interest were those areas where conductors are present, or evidence of uranium mineralization has been previously described.

CAT’s CEO, Robert Rosner, stated that “This survey is the first step in a comprehensive and ongoing exploration plan designed to uncover and determine the true nature, and potential worth, of our large land position in the Athabasca Basin. We are very excited to begin the exploration work that we have been wanting to do since we first acquired this project last year. If the ongoing exploration results of our neighbour, Azincourt, are any indication of what we might find on our own land, then we have every reason to be even more excited.”

Founded in 1962, WGM is Canada’s longest operating independent firm of geological and mining consultants providing professional services to the global minerals industry. WGM has been involved in more than 3,000 mineral projects around the world, and its staff has made significant contributions to a number of important mineral discoveries and new mines. Notably among them are the Mary River iron deposits on Baffin Island, Asbestos Hill in Quebec, the Greens Creek silver-gold-zinc mine and the Pogo gold mine; both in Alaska. As acknowledged by Cominco (now Teck), WGM played a major role in the recognition of the massive Red Dog Pb-Zn mine in Alaska as a very high-priority exploration target.

CAT Strategic Metals‘ corporate strategy, as reflected in its overall Mission Statement, is to source, identify, acquire and advance property interests located in mineral districts proven to have world-class potential, primarily for gold and copper. In addition to the priority South Preston Uranium Project, CAT’ is focused on advancing the Burntland Project located northeast of St. Quentin in the Restigouche County, New Brunswick, Canada, directed at the exploration and development of several Skarn-hosted copper-silver, gold targets and the Gold Jackpot strategic metals property located NE of Elko, Nevada, in the Pequop gold-copper trend with multiple targets for gold-silver, copper, and tellurium. CAT’s shares trade on the Canadian Securities Exchange (CSE) under the trading symbol “CAT”, and on the Frankfurt Stock Exchange under the symbol “8CH”.

ON BEHALF OF THE BOARD
Robert Rosner
Chairman, President & CEO

This news release may contain forward-looking statements. Forward-looking statements address future events and conditions and therefore involve inherent risks and uncertainties. Actual results may differ materially from those currently anticipated in such statements. Particular risks applicable to this press release include risks associated with planned production, including the ability of the company to achieve its targeted exploration outline due to regulatory, technical or economic factors. In addition, there are risks associated with estimates of resources, and there is no guarantee that a resource will be found or have demonstrated economic viability as necessary to be classified as a reserve. There is no guarantee that additional exploration work will result in significant increases to resource estimates