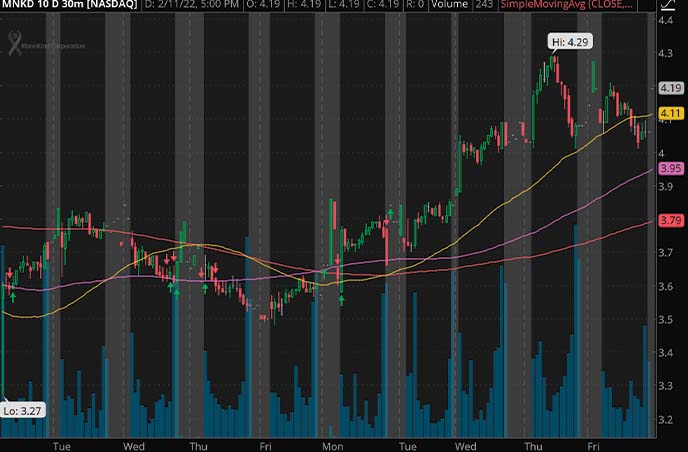 Why Investors Are Watching These Penny Stocks Right Now

Right now, penny stocks and blue chips are wildly popular for all types of investors. Although the stock market has been highly volatile over the past few months, there are still plenty of opportunities to make money with penny stocks.

As a result, now is the time to find the best penny stocks to buy. And while it can seem challenging, with the correct information and strategy by your side, it can be much easier than previously imagined. So, as we delve deeper into February, let’s take a look at three must-watch penny stocks for your list.

Penny Stocks To Watch For February

The month of February has been a big one for MannKind Corp. Shares of the inhaled therapeutics development company have only closed red 2 of the nine total trading days of the month. MannKind is commercializing Afrezza, which is its first FDA-approved product. Afrezza is an inhaled rapid-acting mealtime insulin and is available by prescription in the U.S.

One of the more recent catalysts for MNKD stock is that it’s one of the penny stocks with insider buying this quarter. Officers and Directors bought thousands of shares before the books officially closed in January. This was also just before MannKind was granted a new U.S. Patent, #11,241,549, titled “Dry powder inhaler and system for drug delivery.”

Heading into the week, if MNKD stock is on your list, keep Thursday in mind. On February 17, CEO Michael Castagna PharmD participates in the SVB Leerink Global Healthcare Conference.

Shares of newly public biotech company TC Biopharma had a lackluster debut last week. However, heading into Valentine’s Day week, it could remain on the radar. The company’s efforts in T cell therapies have gained it some attention. In particular, TC’s treatments using gamma-delta T cells target indications for acute myeloid leukemia. The company is currently undertaking two clinical trials for its platform, including a Phase 2b/3 trial for OmnImmune (TCB 008-001) in AML and a Phase 1 trial for ImmuniStim (TCB 008-002) in Covid patients.

Despite the flopped IPO debut, TCBP stock seems to have caught the attention of traders hunting for low float penny stocks. Initially, the company offered fewer than 5 million shares with warrants for purchasing up to 8.2 million shares. By all accounts, even with the warrants, TCBP meets the definition of a low float stock. These have become well-known for volatile moves in the market under certain circumstances.

Furthermore, since the offering is expected to close by February 15th. If TCBP stock is on your watch list for this week, it may be important to keep Tuesday’s date in mind.

Ambev ADR is a penny stock that we have covered extensively over the past few months. And in that time, we’ve begun to see a slight bullish turnaround for the company. With a 1.2% gain on February 10th and a one-month gain of almost 10%, it’s clear investors are interested in the company right now.

It is tough to say whether or not ABEV stock is worth it as the company has not rereleased any information in the past few months. However, we can look at some recent metrics to see whether ABEV stock is worth watching. Before going any further, it’s worth discussing what Ambev does.

Through its various subsidiaries, Ambev produces both alcoholic and non-alcoholic beverages. This includes beer, malt, and some food products as well. While you may not have heard of Ambev, you’ve likely heard of some of its brands. This includes Budweiser, Extra, Lipton Iced Tea, Pepsi-Cola, and much more. As a result of the sheer popularity of the brands that Ambev represents, it has seen significant sales in the past few years.

Now, Covid has had a sizable impact on Ambev at large during that time. It’s worth noting that in both times of economic prosperity and turmoil, we tend to see high sales of alcohol. This has benefitted Ambev, but we’ve also seen production and distribution issues resulting from Covid disruptions. So, with all of this in mind, does ABEV stock belong on your list of penny stocks to watch or not?

Southwestern Energy is another penny stock that we have discussed quite frequently in the past few months. And with a five-day gain of more than 3%, many investors are watching SWN stock right now. While this may not seem like a lot, it is substantial considering the broader losses we’ve witnessed across the market.

There are a few reasons why SWN stock may be growing right now. The most obvious has to do with the company’s announcement on February 8th. On the 8th, it stated that it had expanded its RSG well certification monitoring program. Now, it will include its newly acquired Haynesville position and its other programs.

“Southwestern Energy’s commitment to obtain third-party certification for our entire portfolio across Appalachia and Haynesville allows our stakeholders to receive independent verification that all of SWN’s production meets and exceeds the highest and most rigorous RSG standards.

The ability to monitor emissions from our operations at the pad level is a clear differentiator and will allow SWN to efficiently and effectively reduce emissions.”

This is exciting news for the company and shows just how quickly it is growing and its commitment to innovation. With prominent bullish sentiment surrounding the energy industry right now, it’s clear that SWN stock could be worth keeping an eye on. So, whether it deserves a spot on your penny stocks watchlist or not is up to you.

New Gold Inc. is another penny stock gaining momentum over the past few trading sessions. And with heightened volume and a booming gold market, there is a lot to consider with NGD stock. Before we get any further into it, it’s worth looking at what New Gold Inc. does. As its name suggests, New Gold Inc. is a producer of gold ore. In addition to this, the company produces copper and several other precious metals. Its assets are based in Canada, where it has the Rainy River gold mine and the New Afton copper-gold mine.

These investments have helped diversify the company’s holdings in the past few years and present investors with an interesting opportunity. The most recent news from New Gold Inc. came on January 12th. On the 12th, it announced updated gold production guidance alongside the data of its Q4 financial result release and operational outlook. The report states that it will be presenting these results on February 23rd at 8:30 AM EST.

“2021 was not without its challenges for New Gold, but we continued to execute on our plans, with the fourth quarter representing our strongest quarter of the year, allowing us to meet our updated consolidated gold equivalent production guidance.”

So, with all of this exciting news in mind, does NGD deserve a spot on your penny stocks watchlist?

This means using things like news to your advantage and having a consistent trading strategy. These two things will give you the greatest chance of profitability when trading penny stocks. So, with all of that in mind, do you think that penny stocks can continue to see bullish momentum or not?

The post 5 ‘Must Watch’ Penny Stocks For February 2022 appeared first on Penny Stocks to Buy, Picks, News and Information | PennyStocks.com. 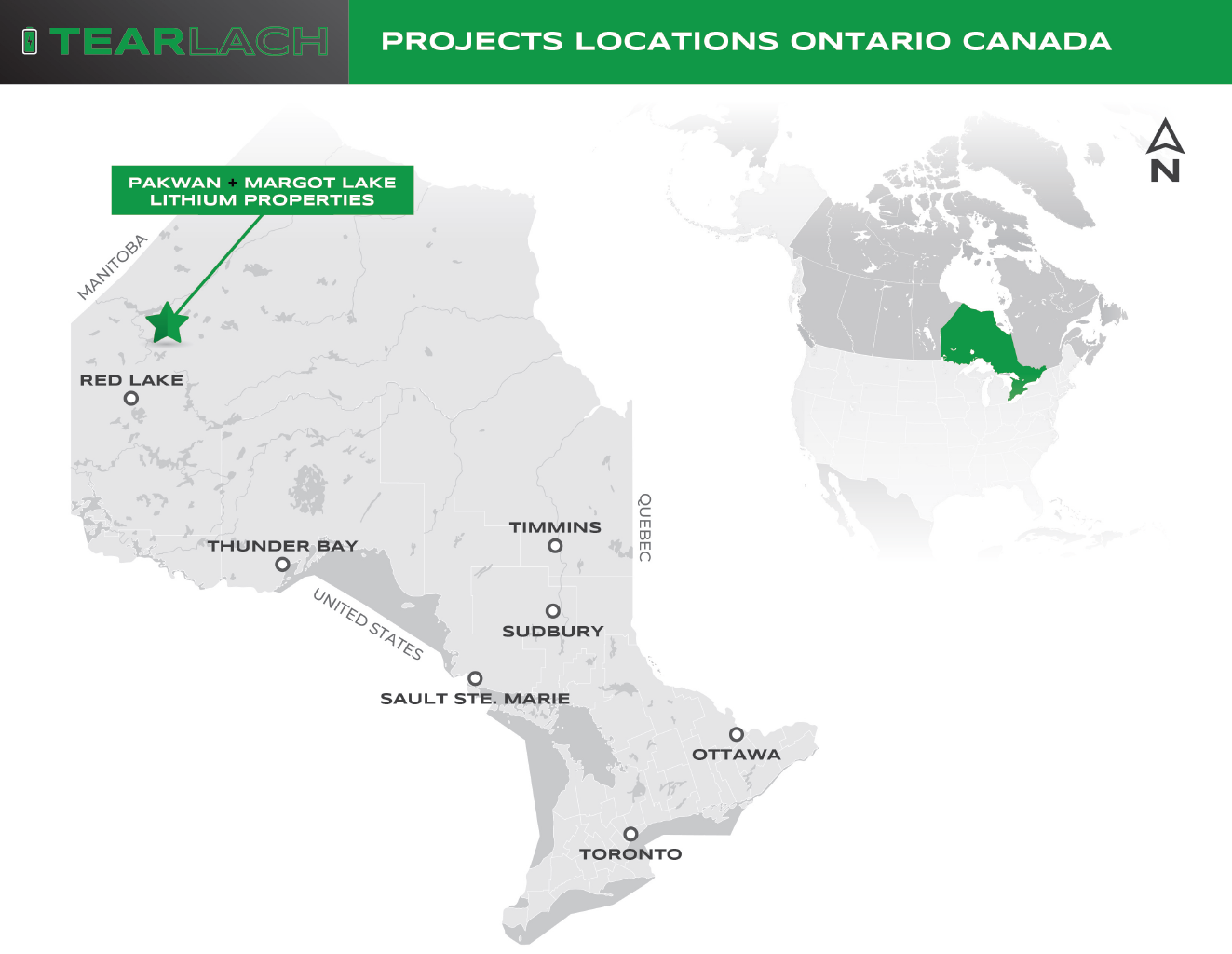 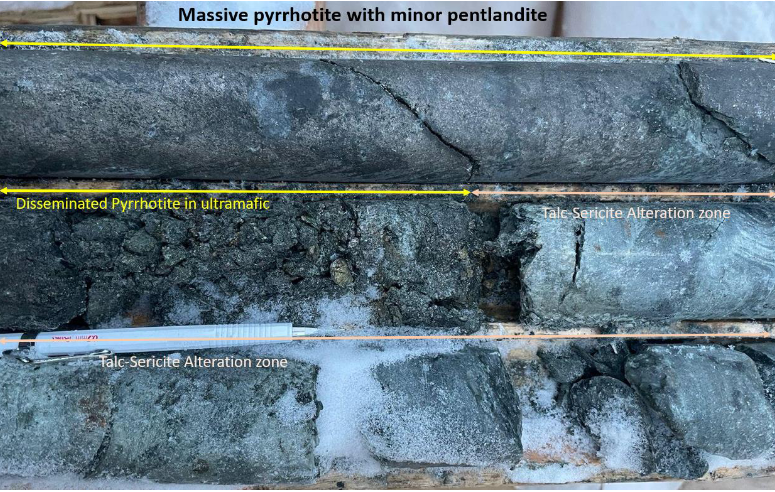 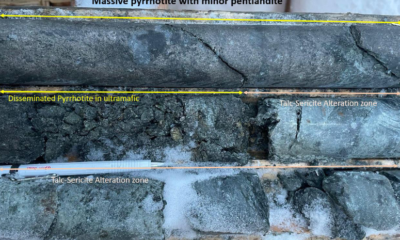