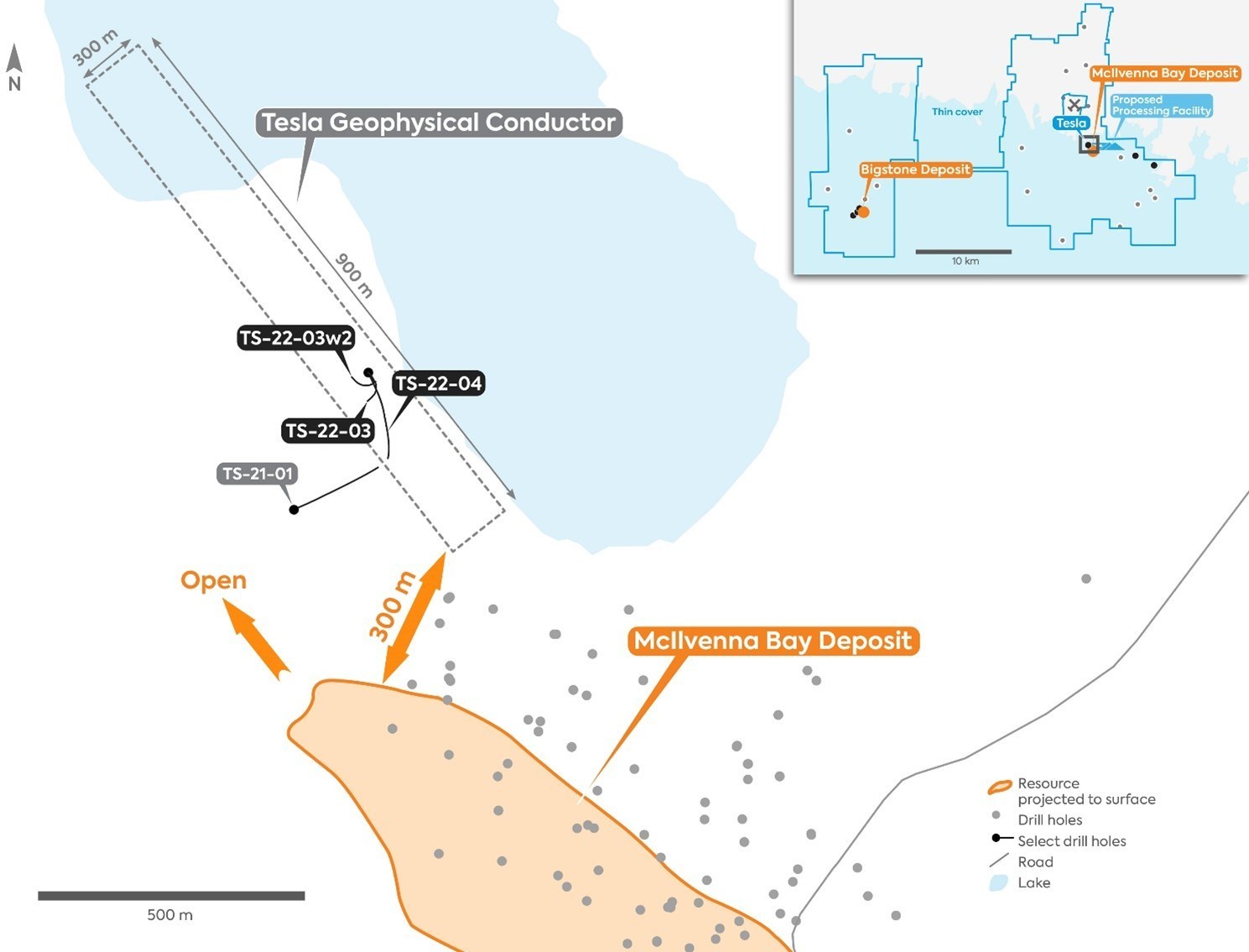 Foran Mining (TSXV:FOM) has announced additional results from ongoing drilling at its recently discovered Tesla Zone on the McIlvenna Bay Project in Saskatchewan. The results include the remaining intercepts from the initial discovery hole and initial assays from a wedge hole testing up-dip potential.

Dan Myerson, Foran Mining Executive Chairman & CEO, commented in a press release: “To achieve these success rates and intercept these robust zones, at such an early stage in a new discovery, is truly remarkable. These results demonstrate the growing potential at the near-mine newly discovered Tesla Zone, and further illustrates the rarity of this tremendous scalable discovery. Additionally, and what is even more exciting, is that we have encountered high-temperature alterations at Tesla, which could correlate with higher-grade gold and copper values, similar to other base and precious metal deposits within the Flin Flon Terrane. Our exploration team and strategy are working, and we are successfully unlocking this prolific district on our path towards building Canada’s next great mining camp, we look forward to sharing more exciting exploration results later this year, throughout 2023, and beyond.”

The complete assay results for the Tesla Zone discovery hole (TS-22-03) have been received, and the company has created a significant expansion of the mineralized intervals. Foran also received results for the first wedge hole (TS-22-03w2) which were completed as follow-up on the discovery. This wedge hole intersected the Tesla mineralization to the north of the original drill hole.

Since the initial discovery of mineralization in the Tesla Zone, the Company has continued with follow up drilling to better understand the controls on the mineralization and the potential geometry of the zone. To date, one wedge (TS-21-03w2) has been completed from the original discovery hole and a second hole (TS-22-04) has been drilled from surface from the same drill pad, oriented to obtain a larger spacing of the intersections along the mineralized horizon. Both holes appear to have intersected the Tesla Zone.

TS-22-04 was completed from surface from the same drill pad at a shallower angle than the original hole in an attempt to obtain a spread of the intersections along the mineralized horizon. The hole intersected the mineralized horizon approximately 100m up-dip from the discovery hole and approximately 200m away from TS-22-03w2, where it encountered a zone of significant alteration and several zones of disseminated and fracture fill sulphide mineralization, indicating that the intersection lies on the periphery of the mineralization. Assays are pending from the laboratory, but it is currently interpreted that this drill hole intersected the upper margin of the Tesla Zone which is consistent with the geophysics model and helps to confirm the northeast dipping geometry of the mineralization.

Geophysical surveys outline a conductor with potential dimensions of ~900m (strike) by 300m (depth) associated with the Tesla Zone (Figure 1). The results herein confirm that this conductor is, in part at least, a well mineralized zone of copper and zinc sulphides. In order to properly test the conductor, given its geometry and location adjacent to the shoreline, future drill holes will need to be completed from Hanson Lake. An application is being finalized for a winter exploration permit that will allow for a large winter drill program to be completed targeting expansion of the Tesla zone.

Additional follow-up drilling at Tesla is planned for later in the year after the winter freeze. Foran’s helicopter-supported 7,000m summer drill program is currently underway at the Marconi Prospect located on the Bigstone Property, 25km west of McIlvenna Bay. It is currently anticipated that the summer program will continue into the fall and also include further testing of the Flinty Prospect, located 7km to the southeast of McIlvenna Bay, and other regional target areas in the Hanson Lake District as the Company continues to build on its exploration pipeline to support the potential development of a central milling facility envisioned for the McIlvenna Bay deposit.