Luminex Resources Corp. [LR-TSXV; LUMIF-OTCQX] reported drill results from four holes at the Cuyes West structure and from three holes at the Ruiz structure. At Cuyes West, Ecuador, the current drilling has confirmed the strike length of the structure is in excess of 300 metres, and it has been mapped at surface for more than 500 metres. The drill intersection in hole CU22-12, the deepest so far, indicates that it has a vertical extent of at least 250 metres. The western edge of the Cuyes West structure is approximately 300 metres from the Camp deposit.

Marshall Koval, CEO and Director commented: “We are extremely pleased with the results coming in from our step-out drilling at Cuyes West. The mineralized structure is taking shape after the positive results from the first nine holes. The six additional pending holes, including the visual core logging on hole CU22-12 has the geological team optimistic about future success at Cuyes West. Outside of Cuyes West, we also have five holes pending at Camp. The team has planned a 2023 drill program to continue expanding Cuyes West and Camp. Given that the 2021 PEA did not include the Cuyes West discovery, the team looks forward to seeing its impact.”

Holes CU22-08 and CU22-09 may represent an area between higher grade and thicker shoots, but nonetheless demonstrate the continuity of the mineralized structure.

The emerging Cuyes West structure is similar to the Camp deposit and contains multiple structures into which rhyolite dikes have been emplaced. Mineralization typically occurs in and along the contacts of these structures. Both deposits are interpreted to be hosted in large scale “ring-fractures” centred around the Los Cuyes Diatreme.

At Cuyes West and Camp, the gold-bearing mineralization style is quite recognizable, with pyrite and sphalerite breccias, veins and disseminations, often with marcasite and rhodochrosite, and rarely other sulphides. Drilling has been ongoing at Cuyes West with step-outs based on logged mineralization. Geological logging of hole CU22- 12, a 50-metre, near-vertical step-out on hole CU22-05 is of particular note, as it contains a seven-metre intercept resembling the five-metre intercept cut in hole CU22-05 from 277 metres: five metres grading 29.43 g/t gold and 86.5 g/t silver (30.47 g/t AuEq).

At the Ruiz structure, the results of a fan of three shallow holes drilled from the southwest to test the upper part of Ruiz intersected a consistent gold bearing structure, as shown in Figure 3, with results listed in Table 1. Hole RZ22-01 also contained a 22-metre intercept grading 0.36 g/t gold and 26.8 g/t silver (0.68g/t Au Eq) as disseminated pyrite and sphalerite mineralization in a diatreme host rock, resembling the Los Cuyes deposit. This area will be the focus of future surface mapping to better define the diatreme body. The interpretation of the intersection of the Cuyes West and Ruiz structures is developing as drilling in this area continues.

Luminex Resources is focused on gold and copper projects in Ecuador. Luminex’s inferred and indicated mineral resources are located at the Condor Gold-Copper project in Zamora-Chinchipe Province, southeast Ecuador. Luminex also holds a large and highly prospective land package in Ecuador, including the Pegasus and Orquideas projects, which are being co-developed with Anglo American and JOGMEC, respectively. 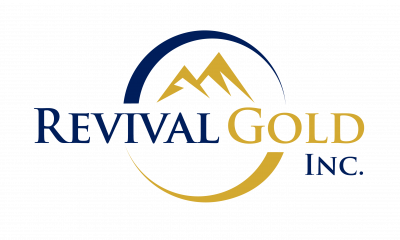