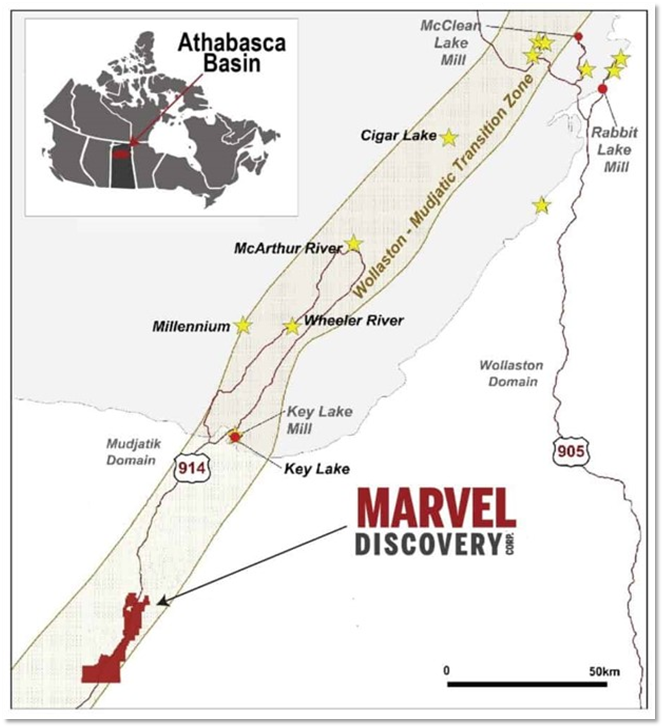 VANCOUVER, BC / ACCESSWIRE / June 2, 2022 / Marvel Discovery Corp. (TSX-V:MARV)(FRA:O4T)(OTCQB:MARVF); (“Marvel” or the “Company”) is pleased to announce completion of an airborne fixed wing magnetic survey over the KLR and Walker Uranium Project (“the Property”) in the Athabasca Basin. Marvel entered into an option agreement to acquire two (“KLR” and “Walker”) large strategically located land packages within the Wollaston-Mudjactic Transition Zone (“WMTZ”) of the eastern Athabasca Basin (see press release dated March 29, 2022. The WMTZ hosts the highest-grade uranium mines in the world including (Figure 1):

The airborne magnetic survey covered the former Walker Creek portion of the KLR Property which consists of 10,595 hectares. The survey covered 100m spacings in an east-west configuration for a total of 1,230 line-km. The purpose of the survey was to delineate and map subsurface features, identified in previous programs and which are associated with faulting, conductive lineaments, and radioactive occurrences. The Company has commissioned an interpretation of the survey, which will be integrated with historical datasets, with the intention of defining diamond drill targets.

The Walker portion of the KLR Uranium Project package is contiguous to Fission 3.0 Hobo Lake uranium properties. Hosted within WMTZ, the Walker Property lies along the Key Lake Shear Zone and hosts 10 uranium showings and multiple unexplored EM targets (Figure 2). Both properties are easily accessible by highway. In addition, the Company has already completed 32.3 line-km of ground magnetics survey on the Highway North claim blocks within the Key Lake ground.

“We are now moving fast. We have done an extensive amount of work preparing for our next phase of exploration with boots on the ground to define drill targets. We have multiple unexplored uranium occurrences on the property intimately related to structure, and as we know structure plays an extremely important key role in providing uranium mineralization pathways and traps. The corridor along the Key Lake Shear Zone represents a tremendous opportunity in mimicking the success of basement-hosted uranium deposits found on the western side of the Athabasca Basin like NexGen Energy‘s Arrow Deposit. We look forward to mobilizing crews shortly once datasets have been analyzed.” stated Karim Rayani, President & Chief Executive Officer, Director.

Figure 1. Location of the KLR Uranium Project in the WMTZ Zone.

In Saskatchewan, uranium deposits have been discovered at, above, and up to 300m below, the Athabasca Group unconformity within basement rocks. Mineralization can occur hundreds of meters into the basement or can be up to 100m above, in Athabasca Group sandstone. Typically, uranium is present as uraninite/pitchblende that occurs as veins and semi-massive to massive replacement bodies. Mineralization is also spatially associated with steeply-dipping, graphitic basement structures and may have been remobilized during successive structural reactivation events. Such structures can be important fluid pathways as well as structural or chemical traps for mineralization as reactivation events have likely introduced further uranium into mineralized zones and provided a means for remobilization (Jefferson, et al. 2007) (Figure 3).

Both Properties straddle the Key Lake Fault Zone, an important corridor for structurally controlled Athabasca Basin type uranium deposits. The Arrow Deposit, owned by NexGen Energy lies along a similar structural corridor as the Marvel properties. The Arrow Deposit1, which has undergone a Positive Feasibility Study with robust economics contains Probable Reserves of 239.6 million lbs of U3O8 at an average of 2.37% U3O8 and Measured and Indicated Resources of 256.7 million lbs at an average grade of 3.1% U3O8. The Arrow Deposit is the largest undeveloped uranium deposit in Canada.

The technical content of this news release has been reviewed and approved by Mike Kilbourne, P.Geo., who is a Qualified Person as defined by National Instrument 43-101, Standards of Disclosure for Mineral Projects. The QP has not completed sufficient work to verify the historic information on the Properties, particularly regarding historical exploration, neighbouring companies, and government geological work. The information provides an indication of the exploration potential of the property but may not be representative of expected results.

Margaret Lake Diamonds Inc. (TSXV: DIA) is a Vancouver-based junior mineral exploration company that holds an 18.5% interest in the
The post Margaret Lake… 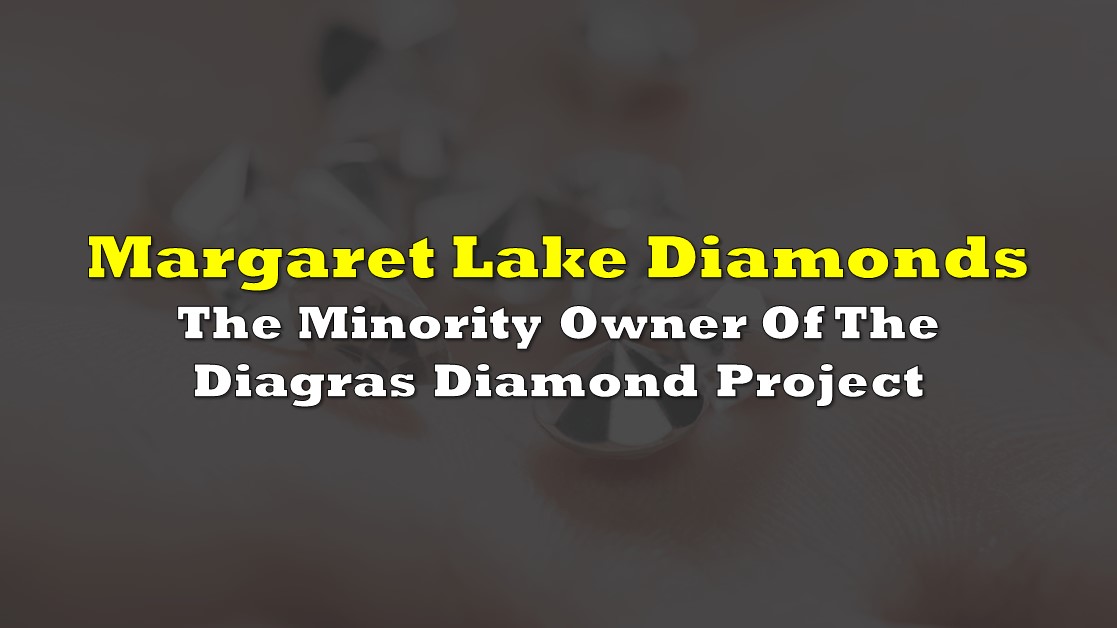 BMO: IAMGOLD Has A Funding Gap 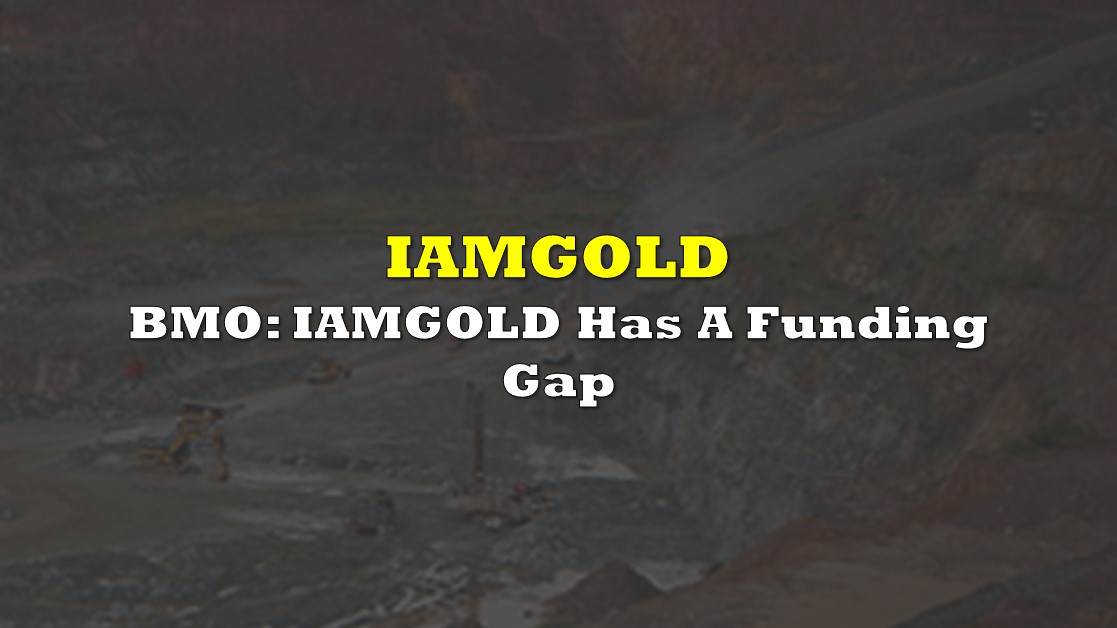