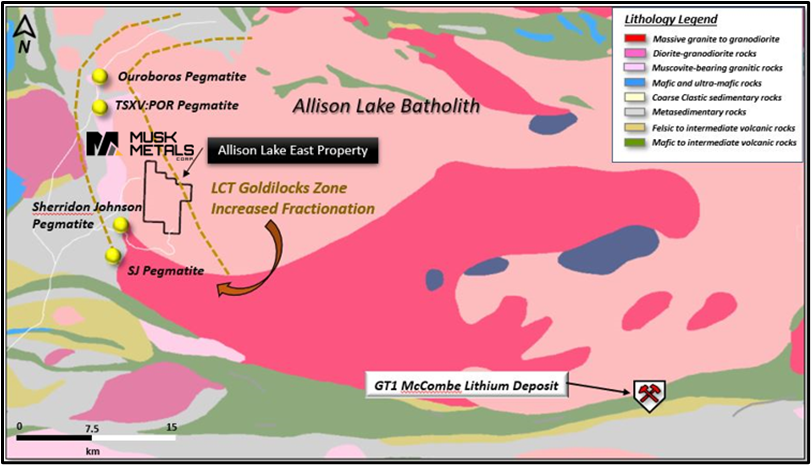 This is Musk’s third lithium project and the Allison Lake East Property proximal to multiple mapped pegmatites is also situated 45 km northwest of the McCombe Lithium Deposit with an unclassified and non-compliant resource of 2.08 Mt averaging 1.3% Li2O (MDI 52J13NE00004). The McCombe Lithium Deposit has recently been optioned by Green Technology Metals as part of their Root-Seymour lithium asset which totals 12,022 hectares in the southeastern portion of the Allison Lake Batholith. Green Technology Metals has also acquired 6,968 additional hectares in their Allison Lithium Project asset which lies contiguous to Musk’s land package.

Musk Metals CEO and Director, Nader Vatanchi states, “We are actively moving exploration forward on all three of our highly prospective, Canadian lithium and battery metals projects. The Allison Lake East claims are situated in what has quickly become a recognized lithium and rare-earth metals district following large land acquisitions by Green Technology Metals. Recent field work by GT1 has provided evidence that the Allison Lake Batholith is living up to its expectations as one of the largest fertile peraluminous multiphase intrusions in northwestern Ontario which is highly prospective for LCT-type pegmatites. Musk is currently planning a 2022 work program to establish high priority targets and sampling for pegmatite occurrences beginning with this high-resolution airborne survey.”

F.W. Breaks, the renowned Ontario Geological Survey geologist responsible for the discovery of Avalon’s Separation Rapids lithium deposit and instrumental in the early development of the ‘Electric Avenue’ which is home to Frontier Lithium‘s PAK and Spark deposits described the Allison Lake batholith as the largest known peraluminous granitic body in northwestern Ontario. Breaks concluded that, “the Allison Lake batholith represents an important new exploration target for rare-element mineralization and is the largest such granite thus far documented in Ontario. This area has high potential for further discoveries of rare-element mineralization that occur in exocontact, metasedimentary-hosted pegmatites or as internal pegmatites within the parent granite”. The Root Bay pluton which is host to the McCombe lithium deposit of 2.08 Mt @ 1.3% Li2O (OGS OFR 6160) and is also an S-type peraluminous granite which appears genetically linked to the Allison Lake batholith (Breaks et al., 2003, OFR 6099).

The technical content of this news release has been reviewed and approved by Mike Kilbourne, P. Geo., who is an independent Qualified Person (QP) as defined in National Instrument 43-101, Standards of Disclosure for Mineral Projects.

The QP and the Company has not completed sufficient work to verify the historic information on the Allison Lake East Property, particularly regarding historical exploration, neighboring companies, and government geological work.

The Canadian Securities Exchange (operated by CNSX Markets Inc.) has neither approved nor disapproved of the contents or accuracy of this press release. 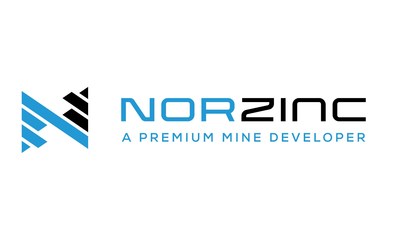 NexGen Files Management Information Circular in Connection with Annual General and Special Meeting of Shareholders
PR Newswire
VANCOUVER, BC, May 19, 2022 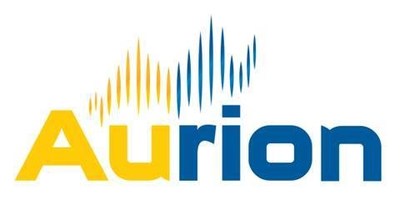 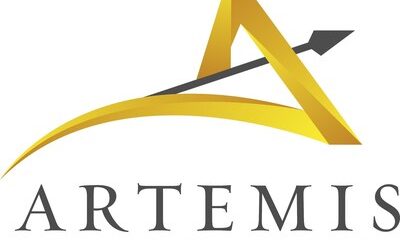