TORONTO, May 24, 2022 (GLOBE NEWSWIRE) — Lithium Ionic Corp. (TSXV: LTH) (“Lithium Ionic” or the “Company”) is pleased to announce that the Company’s common shares will commence trading on the TSX Venture Exchange (the “TSXV”) at the opening of market on Tuesday, May 24, 2022 under the symbol “LTH”.

Blake Hylands, Chief Executive Officer of Lithium Ionic, comments, “We are very excited to commence trading on the TSX Venture Exchange. We look forward to presenting great results in the coming weeks and months. Our Itinga Lithium project is well situated directly between the CBL Lithium Mining operation to the northwest and Sigma Lithium’s project to the southeast. Trenching and diamond drilling has already commenced on the Itinga project, and our team has already identified good grade lithium mineralization in trenches. The initial trench exposed 8.8 meters grading 1.46% Li2O including 5.8 meters grading 1.82% Li2O.”

Presently the Company is conducting geochemical surveys, geophysical surveys, trenching and diamond drilling on the Itinga Project. The Company holds seven licences in the area. Area 1 is located adjacent to the CBL lithium operation which has been in production since 1993 (Figure 1) Assays have been received from the initial trench, located approximately 800 meters southeast of the CBL Lithium mining operation. The trench exposed a zone extending 8.8 meters grading 1.46% Li2O including 5.8 meters grading 1.82% Li2O. See Figure 2 below.

Lithium Ionic is a publicly-traded company which owns a 100% ownership interest in the Itinga lithium project in Brazil (the “Itinga Project” or the “Project”).

The Itinga Project is located in Minas Gerais State (MG), Brazil. The Project comprises five mineral licenses covering more than 1,300 hectares in the prolific Aracuai lithium province. A portion of the Project occurs immediately south of the CBL lithium mine and plant, Brazil’s only lithium producer, and immediately north of the large Barreiro and Xuxa lithium deposits of Sigma Lithium Corp.

The Project area has excellent infrastructure, including access to hydroelectrical grid power, water, a commercial port, highways and communities. Lithium mineralization (spodumene, lepidolite, petalite) occurs within a halo of pegmatite dikes and apophyses that occur within the rocks surrounding Neoproterozoic granitic intrusions. Mineralization within the mineralized province and the distribution of the mineralized pegmatites is controlled by a complex and crosscutting system of northeast and northwest oriented faults that were exploited by the dikes. Mineralized structures have been identified in two areas within the Project and the remainder of the Project area remains to be explored.

The technical information in this news release has been prepared by Carlos Costa, Vice President Exploration of Lithium Ionic and David Gower, a director of Lithium Ionic, and both are “qualified persons” as defined in NI 43-101.

Neither the TSXV nor its Regulation Services Provider (as that term is defined in the policies of the TSXV) accepts responsibility for the adequacy or accuracy of this press release.

NexGen Announces Voting Results from its 2022 Annual Meeting of Shareholders 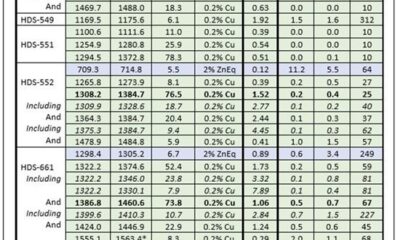 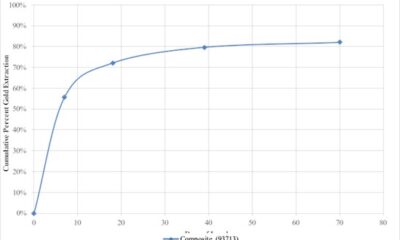 Eastplats Announces Changes to the Board of Directors

THE COURT ORDERS THE PARTIES TO FILE THEIR CASE MANAGEMENT REPORT ON JUNE 27, 2022