TORONTO, Aug. 2, 2022 /CNW/ – Karora Resources Inc. (TSX: KRR) (OTCQX: KRRGF) (“Karora” or the “Corporation”) is pleased to announce drill results that confirm the consistency of the Western Flanks Main shear mineralization up to 150 metres below the current Mineral Resource. The Western Flanks is Beta Hunt’s largest zone and these results provide confidence for the continued expansion of Karora’s resource base. In addition to extending the Main Shear mineralization, drilling has also outlined significant footwall mineralization which is not included in the current Mineral Resource.

Intersection highlights from both the Western Flanks Deeps and infill ongoing underground diamond drill program are listed below1.:

Paul Andre Huet, Chairman & CEO, commented: “I am pleased with the latest set of drill results from Beta Hunt’s Western Flanks zone which continue to demonstrate the Mineral Resource growth potential of the mine.

Today’s announced results successfully reinforced the two main objectives of the Western Flanks drill program by extending the gold mineralized zone by 150 metres at depth, as demonstrated with an intercept of 13.6 g/t over 5.3 metres, and infill drilling demonstrated the potential to upgrade the current Mineral Resource, including a result of 5.9 g/t over 5.1 metres.

Western Flanks is currently the largest known shear system at Beta Hunt and the continued growth of the zone is encouraging for both near term mining potential and extension of the life of mine. Beyond Western Flanks, the potential for additional gold Mineral Resources in drilling at A Zone North, Fletcher, Gamma and the newly discovered Sorrenson Zone underscores our goal of expanding the multiple shear zones currently defined at the underground operation.”

From May 1, 2022 to June 30, 2022, a total of 55 gold resource definition and exploration holes were drilled at Beta Hunt for 12,685 metres. Gold drilling focused on extending and infilling at Western Flanks and the Larkin Zone. Nickel drilling was limited to the Beta Block targeting the 25C (south of the 30C) and testing of the interpreted 44C trough west of the Western Flanks, with an update to be provided once all results are received and interpreted, expected later in 3Q 2022.

Significant drilling results and their location over the period May 1 to July 23, 2022 are shown in Figure 1 and detailed in Table 1. Results for the Larkin Zone were previously reported in the Karora news release date July 19, 2022.

Western Flanks Deeps: Drilling has been designed to support the Karora growth plan by upgrading and extending the current Mineral Resource. As part of the current program, drilling tested the down-dip continuation of the gold mineralization below the central portion of the deposit, up to 150 metres below the existing resource. Significant results returned to date from this drilling are highlighted below:

Results show strong mineralization in the targeted main shear zone position up to 150 metres below the current resource and confirm the strength of the Western Flanks gold system which remains open at depth. The Main Shear Zone now extends over 350 metres down-dip. In addition to the Main Shear mineralization, drilling has also highlighted new footwall mineralization not previously included in any resource model.

Western Flanks Resource Definition: Infill drilling was dominated by results received for Western Flanks Central with some results from the southern end of the deposit. Results generally support and, in some cases, have upgraded the current Mineral Resource. Significant results are listed below:

Gold drilling results from infill nickel drill holes targeting the 25C and 30C in the Beta Block were also received. These holes were highlighted by 12.6 g/t over 2.4 metres (estimated true width) within the Larkin Zone. Larkin results were previously reported in Karora news release, July 19, 2022.

The disclosure of scientific and technical information contained in this news release has been reviewed and approved by Stephen Devlin, FAusIMM, Group Geologist, Karora Resources Inc., a Qualified Person for the purposes of NI 43-101.

At Beta Hunt all drill core sampling is conducted by Karora personnel. Samples for gold analysis are shipped to SGS Mineral Services of Kalgoorlie for preparation and assaying by 50 gram fire assay analytical method. All gold diamond drilling samples submitted for assay include at least one blank and one Certified Reference Material (“CRM”) per batch, plus one CRM or blank every 20 samples. In samples with observed visible gold mineralization, a coarse blank is inserted after the visible gold mineralization to serve as both a coarse flush to prevent contamination of subsequent samples and a test for gold smearing from one sample to the next which may have resulted from inadequate cleaning of the crusher and pulveriser. The lab is also required to undertake a minimum of 1 in 20 wet screens on pulverised samples to ensure a minimum 90% passing at -75µm. Samples for nickel analysis are shipped to SGS Australia Mineral Services of Kalgoorlie for preparation. Pulps are then shipped to Perth for assaying. The analytical technique is ICP41Q, a four acid digest ICP-AES package. Assays recorded above the upper detection limit (25,000ppm Ni) are re-analyzed using the same technique with a greater dilution (ICP43B). All samples submitted for nickel assay include at least one Certified Reference Material (CRM) per batch, with a minimum of one CRM per 20 samples. Where problems have been identified in QAQC checks, Karora personnel and the SGS laboratory staff have actively pursued and corrected the issues as standard procedure.

Karora is focused on increasing gold production to a targeted range of 185,000-205,000 ounces by 2024 at its integrated Beta Hunt Gold Mine and Higginsville Gold Operations (“HGO”) in Western Australia. The Higginsville treatment facility is a low-cost 1.6 Mtpa processing plant, which is fed at capacity from Karora’s underground Beta Hunt mine and Higginsville mines. Karora recently acquired the 1.0 Mtpa Lakewood Mill in Western Australia. At Beta Hunt, a robust gold Mineral Resource and Reserve are hosted in multiple gold shears, with gold intersections along a 4 km strike length remaining open in multiple directions. HGO has a substantial Mineral gold Resource and Reserve and prospective land package totaling approximately 1,900 square kilometers. The Corporation also owns the high grade Spargos Reward project, which came into production in 2021. Karora has a strong Board and management team focused on delivering shareholder value and responsible mining, as demonstrated by Karora’s commitment to reducing emissions across its operations. Karora’s common shares trade on the TSX under the symbol KRR and also trade on the OTCQX market under the symbol KRRGF.

This news release contains “forward-looking information” including without limitation statements relating to production guidance and the potential of the Beta Hunt Mine, Higginsville Gold Operation, the Aquarius Project and the Spargos Gold Project, the commencement of mining at the Spargos Gold Project and the completion of the resource estimate. 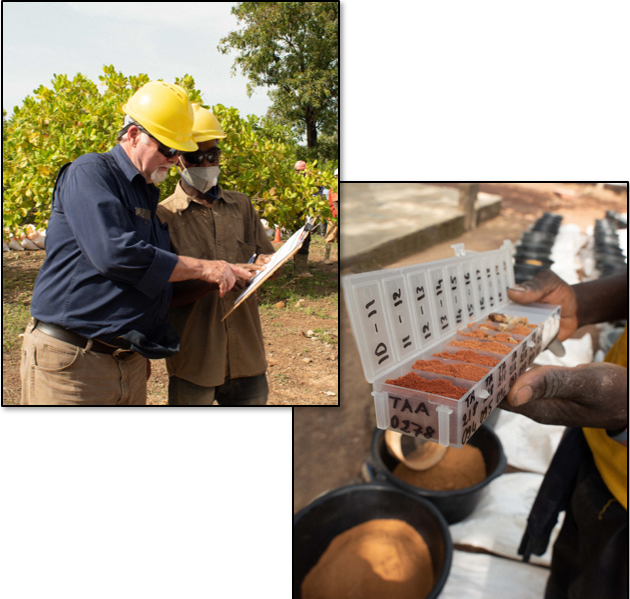 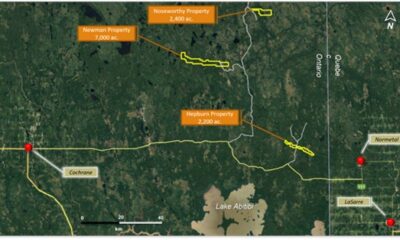 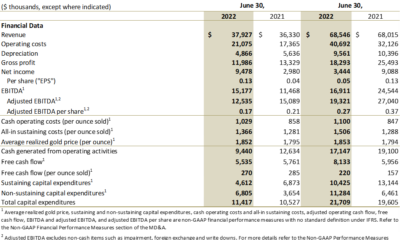 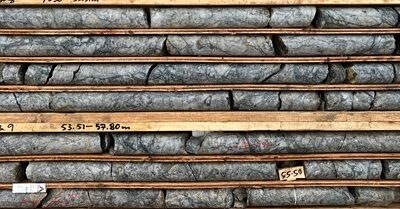 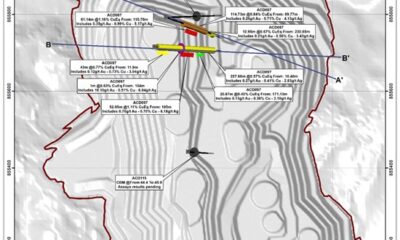