VANCOUVER, British Columbia, May 10, 2022 (GLOBE NEWSWIRE) — Aton Resources Inc. (AAN: TSX-V) (“Aton” or the “Company”) is very pleased to update investors on the latest assay results from the Phase 2 diamond drilling programme at its advanced Rodruin gold exploration project. Rodruin is located in the Company’s 100% owned Abu Marawat Concession (“Abu Marawat” or the “Concession”), in the Eastern Desert of Egypt.

“To say that we are happy with these latest drilling results from Rodruin would frankly be a bit of an understatement” said Tonno Vahk, Interim CEO. “The sulphide intersection from hole ROD-071 is by some distance the best intersection Aton has ever drilled in Egypt, and is hugely encouraging for the deeper sulphide potential at Rodruin. The mineralisation is hosted in very strongly altered sediments, associated with significant copper and zinc sulphides, and appears to be the fresh unweathered precursor to the high grade mineralisation that we intersected in the discovery hole ROP-003 at Aladdin’s Hill in 2018. Everything that we are seeing is backing up our long held belief that the Rodruin deposit comprises zones of bulk mineralisation, containing discrete very high grade zones. There are at least two distinct mineralisation styles at Rodruin – the first hosted in sulphidic carbonates, which weather to gossans, and a second style of coarse gold bearing mineralisation hosted in heavily altered sediments. The identification of high grade primary sulphide-rich altered sediment hosted mineralisation at depth is very important, and indicates the potential for Rodruin to become a really significant sized deposit. The mineralisation at Rodruin is rather unusual, but its association with silver, zinc and copper indicates a polymetallic association that is similar to what we see at the Abu Marawat and Hamama deposits, and it is our belief that while apparently quite different, these three deposits are all genetically related. Rodruin is clearly structurally complex, but we are very much moving in the right direction with the identification of the high grade sulphide mineralisation, and we also continue to be very encouraged by the identification of coarse visible gold in holes which we are currently drilling at Aladdin’s Hill.”

After the completion of hole ROD-069 the drill rig was converted over to its standard steep hole configuration, and holes ROD-070 and ROD-071 (Figure 2) were drilled to follow up on the primary carbonate-hosted mineralisation intersected in RC hole ROP-050 (61m grading 1.55 g/t Au and 8.9 g/t Ag, from 111m, see news release dated January 29, 2019). Additionally, the vertical RC hole ROP-048 was re-entered and deepened, and re-numbered as hole ROD-048. Collar and survey details of these holes are provided in Table 1.

All 3 drillholes were drilled on the north-south 552450E section at Rodruin (Figure 3). Hole ROD-070 was drilled to test above the mineralised carbonate intercepted in RC hole ROP-050, whereas holes ROP-048 and ROD-071 were designed to test under this zone. Hole ROD-074 and ROD-075 have also been subsequently completed on this section, and assay results from these 2 holes are pending. Hole ROD-048 intersected a wide zone of heavily sulphidic carbonate, similar to that identified in RC hole ROP-050, whereas neither ROD-070 nor ROD-071 intersected this carbonate unit. ROD-071 intersected wide zones of heavily quartz-sericite-pyrite (“phyllic”) altered rocks (Figure 3).

Hole ROD-071 returned an intersection of 88.6m grading 5.76 g/t Au, 42.0 g/t Ag, 0.31% Cu and 2.40% Zn from 117.2m depth, including a bonanza grade interval from 138.1m, grading 39.4 g/t Au, 261.7 g/t Ag, 0.84% Cu and 3.55% Zn over 9.9m. All the assays from this intersection are provided in Appendix A. This polymetallic mineralisation is associated with a unit of dark grey, highly altered and siliceous rock, consisting primarily of quartz, sericite and sulphide and sulphosalt minerals. All original texture in the rock has been destroyed, but this unit is interpreted as consisting of very heavily altered sedimentary rocks. The mineralised interval is not believed to represent true thickness, but the orientation of the mineralised zone is not yet determined.

The mineralised interval is strongly sulphidic, carrying approximately 10% pyrite, and up to 20% very pale grey sphalerite in places, with locally very high concentrations (Figure 4). The highest bonanza grade intersection is notably elevated in both copper and zinc (Appendix A), and there appears to be a good correlation between copper with the highest grades of gold (up to 140.5 g/t, between 140.1-142.1m) and silver (up to 1105 g/t, over the same interval). It is noted that the strongest gold mineralisation appears to be associated with an increase in the level of silicification of the rock, as well as copper. It is also noted that coarse visible gold is typically associated with copper and lead/arsenic oxide minerals from the near-surface Aladdin’s Hill zone in drill core and outcrop, eg. in hole ROD-055 (see news release dated March 1, 2022).

The heavily phyllic altered unit that hosts the mineralised intersection is fault-bounded to both the south and the north, and also above by the South Ridge Thrust (“SRT”), a prominent structural feature which outcrops along the south side of the South Ridge and which dips to the north at about 40°. Hole ROD-071 intersected a separate sequence of heavily foliated quartz-sericite-pyrite rock above the SRT, which also returned a mineralised intersection grading 1.20 g/t Au and 23.2 g/t Ag over 16.4m, from 58.9m down hole on its northern faulted margin.

The regional stratigraphy consists of a sequence of predominantly tuffogenic sedimentary rocks (slates and tuffogenic sandstones), and carbonate-silica-sulphide(±talc) rocks, of undetermined origin, which host much of the gossanous mineralisation that outcrops over wide areas of the South Ridge at Rodruin. Mapping of this stratigraphy indicates that it has been heavily folded and faulted, as well as being cut by at least 2 shallow north-dipping structures – the SRT and the UT. The UT, which is roughly parallel to and controls the mountain slope on the northern flank of the South Ridge (Figure 3), appears to be a significant structure, and outcrops to the northwest of and bounds the main mineralised area at Rodruin. Its hangingwall sequence appears to consist predominantly of a series of unmineralised carbonate altered sediments. It is likely that the mineralised sequence in the footwall of the UT, which is exposed at surface on the South Ridge at Rodruin, continues to the northwest, and could be continuous at very shallow depths beneath the hangingwall sequence of rocks above the UT.

Aton believes that there is potential to identify very significant volumes of additional mineralisation at Rodruin, as the current drilling continues to indicate that it is effectively open in all directions, at depth and along strike, as well as there being potential for further blind mineralisation under the UT. The identification of the high grade primary polymetallic sulphide mineralisation associated with the phyllic altered sediments at depth is particularly significant.

The current diamond drilling programme at Rodruin was designed with the objective of testing and quantifying the potential near surface open pittable resources at Rodruin, as well as testing the deeper primary mineralisation identified during the Phase 1 RC drilling programme. The original programme has now been extended beyond its original planned meterage. Additional drilling (holes ROD-074 and ROD-075, Figure 3) has intersected further Cu-Zn sulphide mineralisation at depth, and Aton will continue to release new drill results as the assays become available.

Drill core was logged by Aton geologists, and marked up for cutting and sampling at the Rodruin core farm. Samples were typically selected over nominal 1m intervals, but as determined by the logged lithologies. The core was half-cut by Aton staff at the onsite Rodruin sample preparation facility.

The split half-core samples were collected and bagged up in cloth bags, weighed and crushed to -4mm onsite, and split to a nominal c. 250-500g sample size. The coarse crushed reject samples are retained onsite at the Rodruin sample prep facility.

The c. 250-500g dried, crushed and split samples were shipped to ALS Minerals sample preparation laboratory at Marsa Alam, Egypt where they were pulverised to a size fraction of better than 85% passing 75 microns. From this pulverised material a further sub-sample was split off with a nominal c. 50g size, which was shipped on to ALS Minerals at Rosia Montana, Romania for analysis.

Aton Resources Inc. (AAN: TSX-V) is focused on its 100% owned Abu Marawat Concession (“Abu Marawat”), located in Egypt’s Arabian-Nubian Shield, approximately 200 km north of Centamin’s world-class Sukari gold mine. Aton has identified numerous gold and base metal exploration targets at Abu Marawat, including the Hamama deposit in the west, the Abu Marawat deposit in the northeast, and the advanced Rodruin exploration prospect in the south of the Concession. Two historic British gold mines are also located on the Concession at Sir Bakis and Semna. Aton has identified several distinct geological trends within Abu Marawat, which display potential for the development of a variety of styles of precious and base metal mineralisation. Abu Marawat is 447.7 km2 in size and is located in an area of excellent infrastructure; a four-lane highway, a 220kV power line, and a water pipeline are in close proximity, as are the international airports at Hurghada and Luxor.

For further information regarding Aton Resources Inc., please visit us at www.atonresources.com or contact: 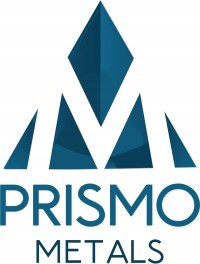 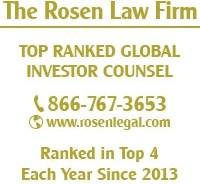