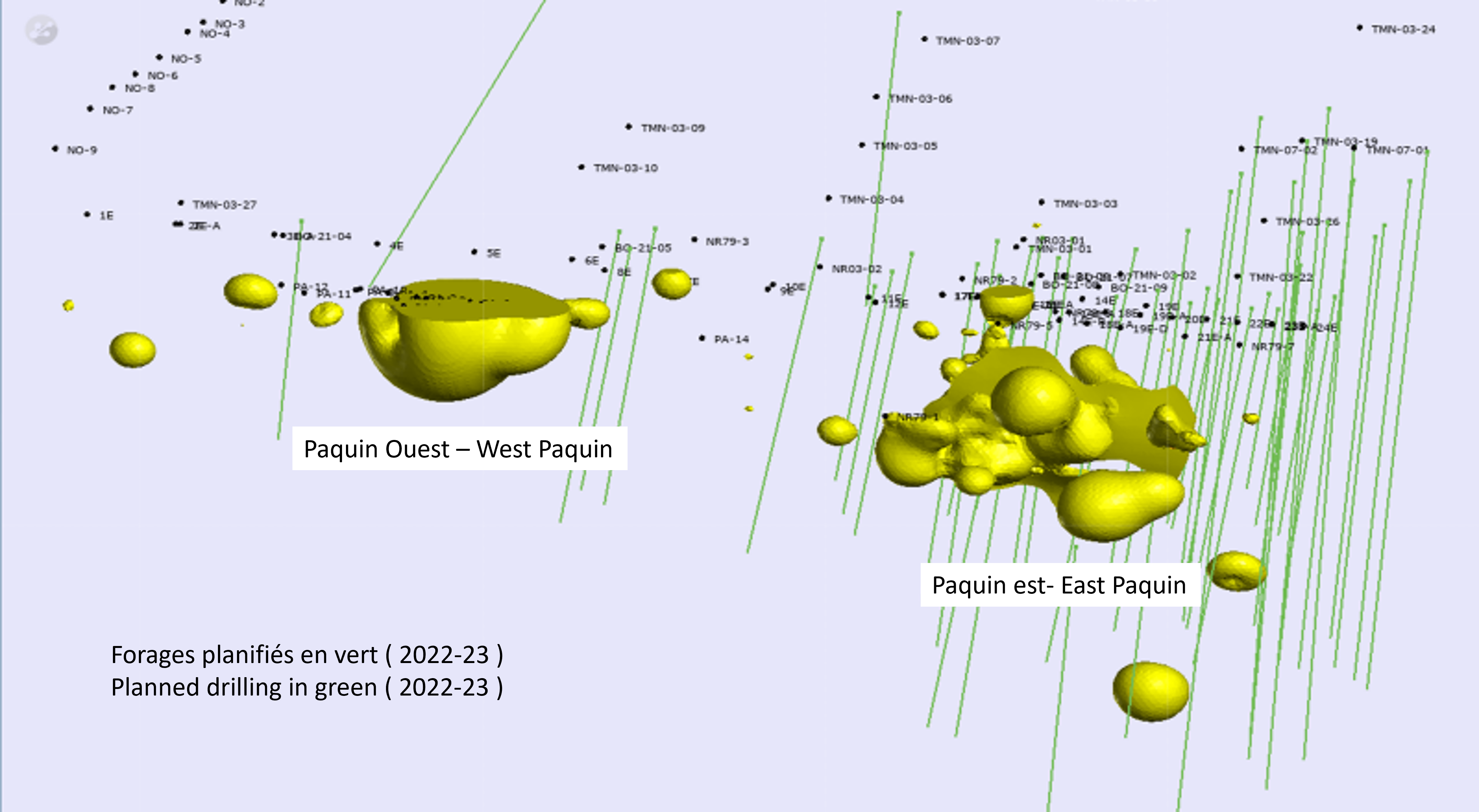 MONTRÉAL, Sept. 22, 2022 (GLOBE NEWSWIRE) — Bullion Gold Resources Corp. (TSX-V: BGD) (“Bullion Gold” or the “Corporation”) announces the start of a drilling campaign of at least 1,000 meters on the Bousquet project. The drilling program will focus on the Paquin East showing. The targets determined using 3D modeling and geophysical inversion performed by GoldSpot Discoveries will aim to test the potential lateral and depth extensions of the Paquin East zone.

“We are very happy to relaunch drilling on Bousquet. The project is located in the heart of one of the best mining camps in the world and could reveal interesting potential given the first results published at the beginning of the year (16.96 g/t Au over 9 meters – see press release of January 31, 2022). said Mr. Jonathan Hamel, President and Chief Executive Officer of the Company.

Five gold showings, Decoeur, Paquin Est and Paquin Ouest, CB 1 and Joannes, were discovered during the first exploration work (1932 to 1945) on the property. They are located within a 2.5-kilometer hydrothermal gold system in a shear zone parallel to the Cadillac-Larder Lake Fault approximately one km south of it. These showings probably formed in the same episode of mineralization within regional east-west trending faults. 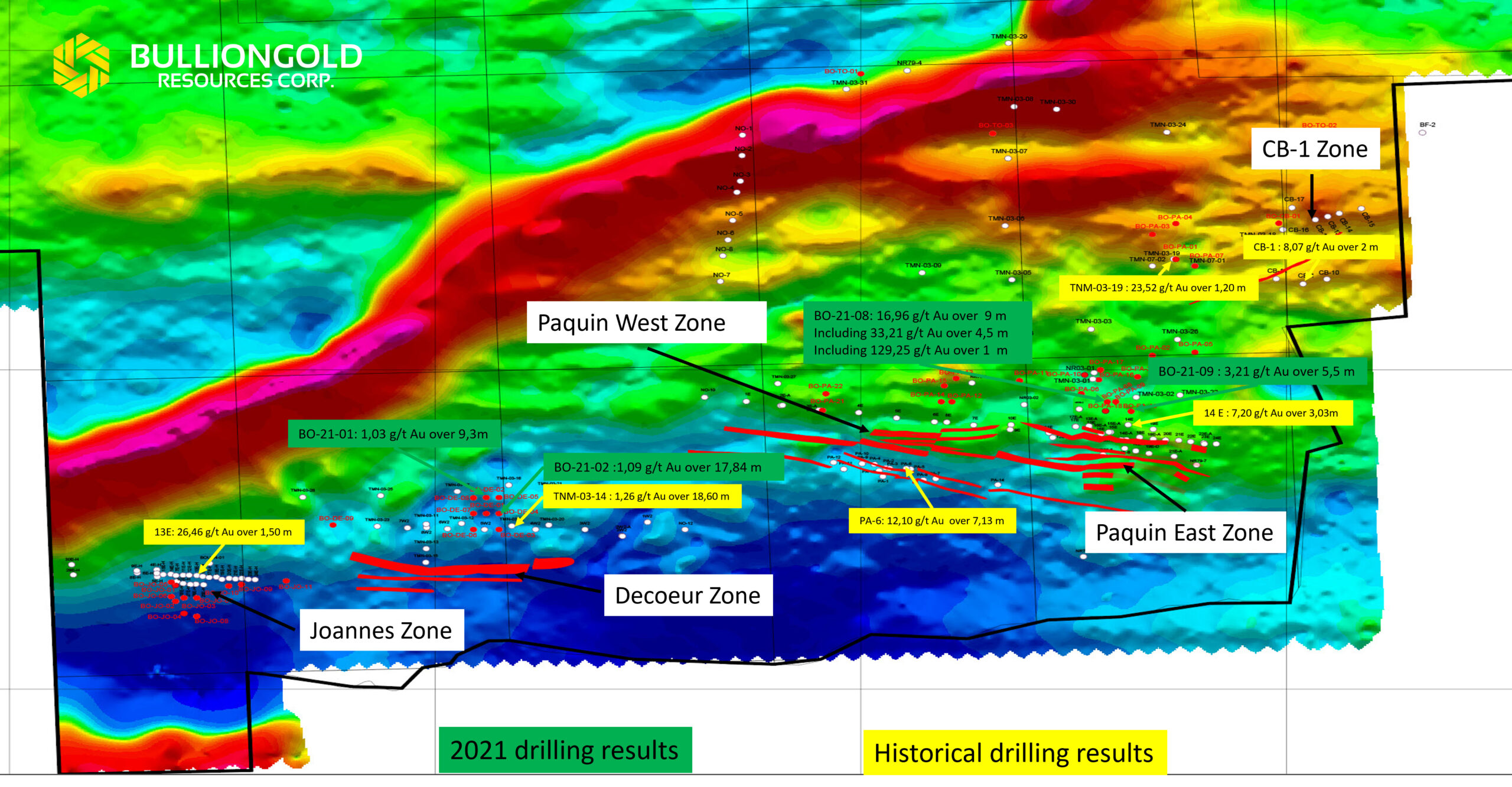 The deepest gold intersection on the property was on the Paquin showing at a vertical depth of 325 m where 23.52 g/t Au over 1.2 m was intersected (GM 61411). High-grade gold mineralization at depth is known from nearby mining operations. For example, grades of 38.1 g/t Au over four m were found at a vertical depth of 1,600 m at the Westwood mine (IAMGOLD), 14.8 g/t Au over 4.9 m at the 1,335 m level at the Lapa mine (Agnico Eagle). Recent drilling at the former O’Brien mine by Radisson intersected 24.22 g/t Au over three meters at 900 meters depth. Longitudinal sections of historical drilling show that all the showings of this powerful gold system are open at depth and future drilling will verify their continuity at depth.

Located 30 km east of Rouyn-Noranda, the Bousquet project is composed of 97 cells for an area of ​​approximately 2,675 hectares. The property extends over nearly 7 km along the Cadillac Fault. An ENE gold corridor of more than 3.5 km long including the main gold showings confirmed by drilling is located south of this fault. The world-renowned Cadillac-Larder Lake fault is one of the most prolific gold-bearing faults in Canada. More than 100M ounces of gold have been produced historically in its immediate environment. Still today, several gold deposits in production are associated with it such as Lapa, Canadian Malartic, La Ronde, Goldex, Sigma and Lamaque.

The Bousquet property is underlain by metasedimentary rocks of the Cadillac, Timiskaming and Pontiac groups and volcanic and intrusive flows of the Piché group. The Cadillac mining camp is mainly characterized by three types of mineralization related to distinct auriferous geological contexts: auriferous massive sulphide lenses (Bousquet 2 and La Ronde mines), gold-rich polymetallic veins (Doyon and Mouska mines) and auriferous veins associated with EW oriented regional faults (Lapa deposit). The property is 100% owned by the Corporation.

This press release was read and approved by Gilles Laverdière, P.Geo., director, and Qualified Person under National Instrument 43-101.

Bullion Gold is involved in the identification, exploration, and development of viable mineral properties in the Province Quebec and British Columbia. For more information on the Corporation, visit www.bulliongold.ca 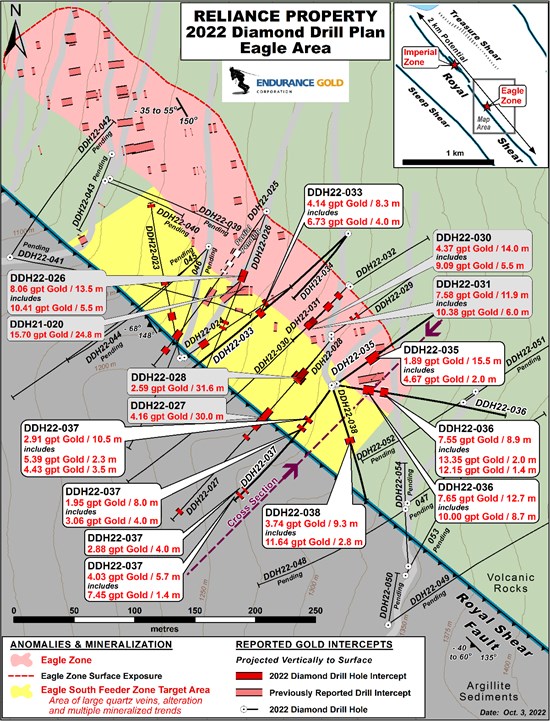 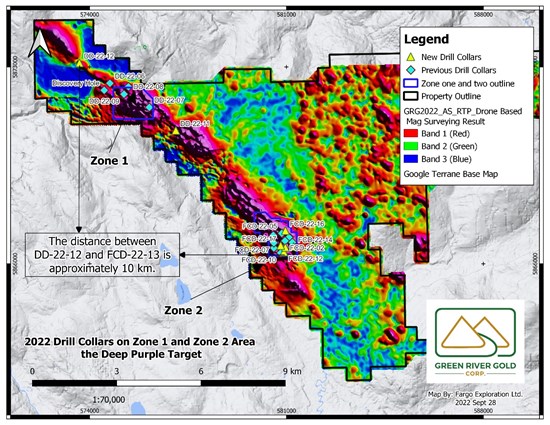 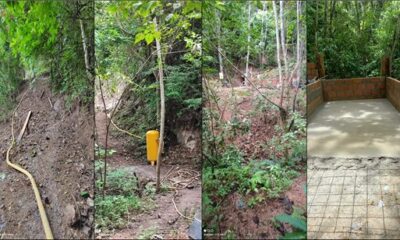 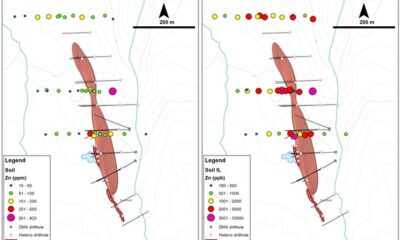