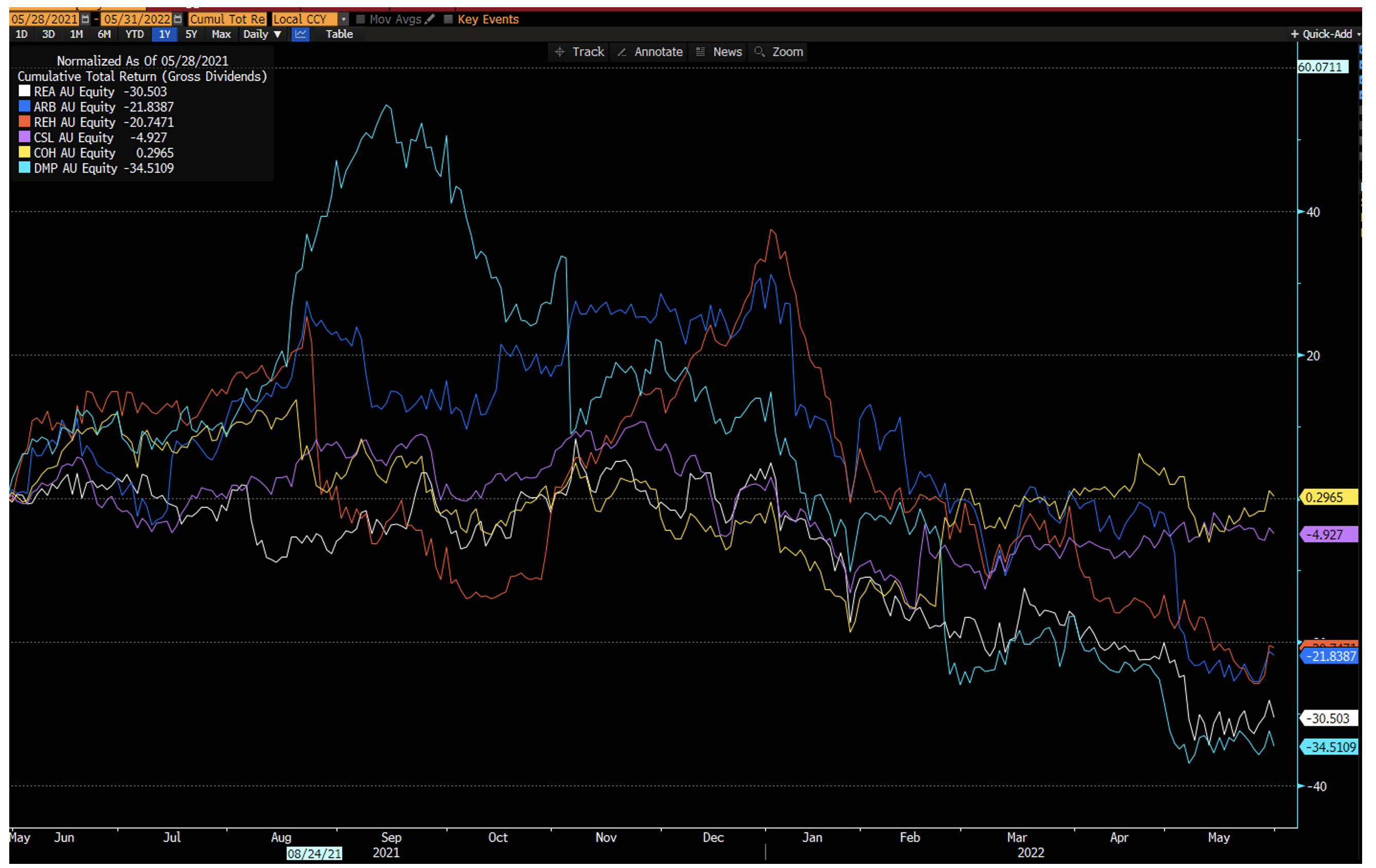 Most economists are forecasting a domestic and global economic slowdown. According to the UCLA Anderson Forecast, economic obstacles, including the Russia–Ukraine war, China’s COVID lockdowns, supply chain bottlenecks and labor shortages, and the consequent inflationary pressures on both finished goods and raw materials are well known, and in some cases becoming entrenched.

Meanwhile, very high airfare prices as well as restricted seat capacity means international travel is still only at 60 per cent of its pre-pandemic level. This in turn limits the ability of immigration to alleviate labor supply restrictions, which are in turn putting upward pressure on salaries.

Expectations of a rapid decline in economic growth are fueled by, 1) gentle reminders by consumer facing companies that demand has dropped – remember a very high proportion of US economic growth is driven by consumption, 2) rising interest rates, and higher fuel and utility prices, which act like a tax on consumers, and 3) a slowdown in housing and associated wealth effects.

Nevertheless, and even though parts of the US economy are rapidly slowing, a recession in the next 12 months is unlikely according to Edward Leamer, who holds the UCLA’s Chauncey J. Medberry Chair in Management, is a Professor in Economics & Statistics, and a Director of UCLA Anderson Forecast.

The US Federal Reserve’s challenge to rein in inflation has just become that bit more challenging.

Initially, as central banks raise rates, slowing consumer spending and business investment, ought to moderate demand, bringing it back into some semblance of equilibrium with supply and reduce demand-driven price pressures. Ideally, a simultaneous repair of the supply chain bottlenecks – including a return of immigration – occurs. This is the soft-landing scenario the US Fed, and most investors, hope for.

Of course. The risk of recession is rising. If global economic shocks continue, inflationary pressures will remain. If immigration doesn’t start accelerating, inflation pressures will remain. And if the Fed tightens too quickly, it could lead to a recession.For Australia there is also the issue of mining’s shrinking share of GDP (less than 10 per cent of GDP in the last quarter) amid the twin tidal waves of ESG and decarbonisation. The lower expert revenue will drain productivity and require much gap-filling by the labor government.

A lot can go wrong but remember even the worst-case scenario of a recession is officially just two quarters of negative growth. A mild recession, from which a recovery quickly emerges, could be the ideal time to take advantage of weak share prices.

And keep in mind, while the risk of a recession is higher now than last year, nobody is forecasting one.

As Figure 1. Shows, the persistent fears of further hikes in rates, a recession and a hard landing, has meant even some higher quality companies have experienced sharp sell-offs, particularly in the last six months.

All of these influences are already well known to markets, which is why equities and bonds have sold off, in some cases materially.

We should of course now be less concerned with what is already factored into prices and instead focus on what is not. P/E compression has now fully reflected the jump in rates.  And a decline in the ‘E’ of the P/E ratio is very likely for some businesses, particularly those exposed to discretionary consumption. But there are many businesses that will continue to grow their earnings at 20, 30 and even 40 per cent per year.

Find those, and with a long enough time frame, you will do just fine, even if there is an economic storm. We frequently refer specifically to investing in quality companies with virtually certain growth. To tar all companies with the recessionary downgrade brush is potentially as risky as ignoring the fact Buffett invested US$51 billion in equities in the first quarter. Remember to be greedy when others are fearful!