Wall Street had a very positive session overnight, with the S&P 500 rising 1.10%, the Nasdaq increasing 1.70%, and the Dow Jones by 0.50%. Amazon was a notable outperformer, with a dovish Jerome Powell and pent-up FOMO demand snapping its multi-day losing streak.

Early Asian markets have diverged though, with some perhaps eyeing the after-hours Nasdaq futures, which have declined by 0.60% this morning. That is likely why the Kospi and Taiex have fallen by 1.20% in early trading. Japan returns to work today, with the Nikkei playing some catch-up to the past few days, falling 0.90% this morning.

Hong Kong has also fallen by 1.0% this morning, pointing to a soft start for mainland China which opens shortly. With President’s Xi and Trump trading barbs in the United Nations overnight, and an uncertain resolution to the ByteDance TikTok saga, geopolitical seem set to weigh on China stock markets, at least initially.

Robust Australian data, a lively Wall Street session and a forecast RBA rate cut by Westpac this morning, have combined to lift Australian markets firmly. The ASX 200 and All Ordinaries are higher by 1.60% thus far. The Commonwealth Bank Manufacturing and Services Flash PMI’s for September rose to 55.5 and 50.0 respectively, well above expectations. The Victorian lockdown has not dampened Australian recovery expectations. Australian equities are likely to be also boosted by Westpac forecasting the Reserve Bank of Australia will cut rates once again in October.

The early divergence likely reflects a lack of hard data this week, leaving second-tier drivers such as futures markets, and the ever-present headline risk, to drive short-term direction. Once things settle down, we expect Asia to recoup early losses and rise over the course of the session.

The United Kingdom, German, France and Eurozone Flash PMI’s for September will be more closely watched than usual today. Manufacturing should remain broadly unchanged in expansionary territory, but nervousness over the resurgence of Covid-19 could dampen domestic consumption. 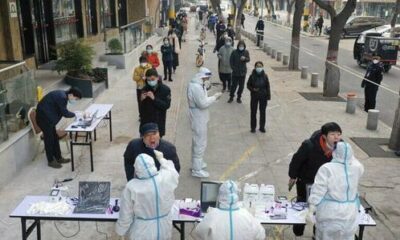