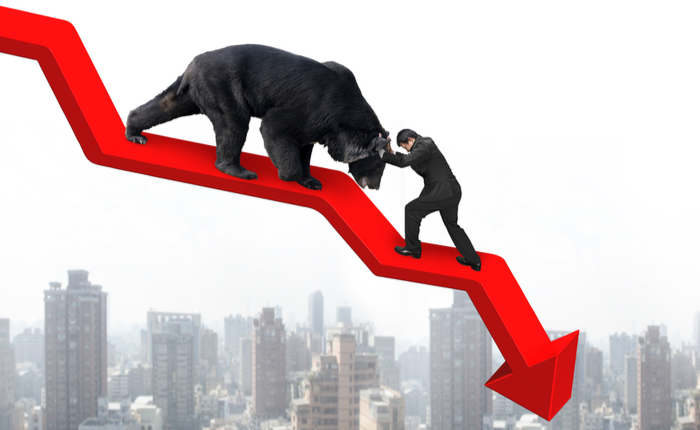 After Yesterday’s “Head-Fake”, Stifel Says Wait For These 5 Signs To BTFD

US equity markets weakened from the moment cash trading closed yesterday, weakening overnight and puking at the open, erasing a large chunk of the unprecedented rampage higher in stocks yesterday afternoon (driven by put-sellers) before dip-buyers jumped in.

Nomura’s Charlie McElligott said that this morning so far is what happens after the “burn out” of part of that Dealer “short hedge” cover, in conjunction with the lost “bid” from the client short-covering hyperactivity.

And now to make things even spicier, the rally off the selloff lows yesterday on the US Equities Index has PERVERSELY brought us back to levels where Dealers are back near  “max short Gamma” in SPX and IWM (QQQ however a touch away from “max vs spot”).

But, SpotGamma warns, prices will remain unstable until implied volatility declines & puts are removed and does not expect either of these variables to shift significantly until after Wednesdays FOMC.

So, what everyone wants to know is – when to BTFD?!

Stifel’s Barry Bannister warned in a note this morning that yesterday was a “head-fake”, and says there are five (5) signs we need to see for a (probably late-1Q 2022) major equity index low to occur and the correction to end, but none are in the offing at this writing:

1. The Fed would have to turn more dovish (Hard to see before the first rate increase!), because such a dovish turn would likely lower the 10Y TIPS real (after-inflation) yield (Bloomberg USGGT10Y) which has been pressuring Growth stock P/E ratios much more than for Value; fading inflation (due to weaker growth and dollar strength, in our view) with a sticky nominal 10Y Treasury yield is our expectation for the peak of the 10Y TIPS yield, which we do not believe has occurred

2. The U.S. PMI Manufacturing index would have to bottom, which we doubt occurs before the end of 1Q22. with the capitulatory Mar-2022 low print for the PMI Mfg. index (Bloomberg NAPMPMI) potentially occurring Apr-1,2022;

…we note that the PMI index year-over-year change correlates with or leads year-to-year S&P 500 price, EPS and U.S. Industrial Production

3. Global M2 money supply growth would have to decisively bottom (and the dollar top), which is unlikely to occur until China s currency (CNY) weakens; we believe the next ‘shoe to drop’ is China s currency slipping from a strong 6.33 per $1 (having been supported up to now by a strong but likely peaking China current account balance) to around 6.75 per S1; China is 37% of global money supply (Bloomberg .GLMOSUPP) in dollar terms and a weaker Chinese yuan would send the dollar up and growth in global money supply in dollar terms down, tightening U.S. financial conditions (Bloomberg GSUSFCI) and lowering the P/E ratio for the S&P 500

4. S&P 500 quarterly EPS “beats” minus “misses” will have to bottom, but the beats-minus-misses difference has faded since the end of a stellar string for EPS through 1st half 2021; when EPS beats minus misses are under pressure, in this case falling below the long-term trend, investors in the S&P 500 must leam to live with diminished policy support (i.e.. correction risk) while also being subject to a lessening of the year/year change in S&P 500 price

5. Ukraine will have to be settled in a way that does not diminish U.S, living standards (I.e., living standards as measured by U.S. personal disposable income after subtracting energy and food costs), but that is far from certain; in many ways it appears to us that Russian President Putin is ‘playing (hard power) chess” while the West is “playing checkers.” such as NATO moving troops to Eastern Europe while leaving Ukraine exposed; in our view. Russia only has designs on eastern Ukraine (not Eastern European NATO members) and our assessment is that Russia has the non-dollar reserves, power over EU energy flows, popular support in Russia and firepower to accomplish their goal of a USSR-style buffer zone separating them from the West

Bannister reminds the bulls of Stein’s law: “If something cannot go on forever it will stop” (including Post-COVID policy settings and liquidity-fueled market exuberance) noting that he sees S&P 500 downside to 4,200 in the short-term.

Finally, however, Nomura’s Charlie McElligott warns that Powell will be perceived as incrementally hawkish in his commentary on Financial Conditions…

…which is obviously a “downside risk” for the Equities response.

FREE WHELAN: The more things change, the more they stay the same…

Our guy’s come along way from serving frosties at Glenorie RSL, but people don’t change. And neither do market indicators. … Read More
The post FREE… 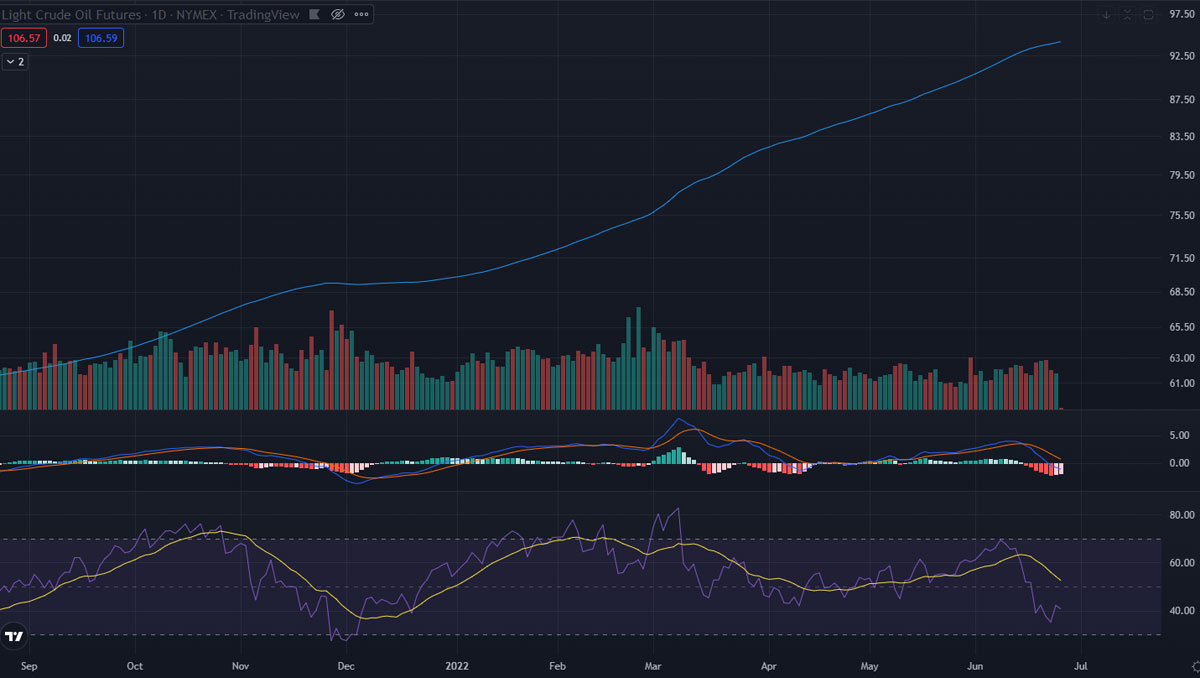 When bad news is good news

After the very sharp sell-off in the share market, the recent rally is indicative of a mood where bad news is good news. Specifically, the recognised slowdown… 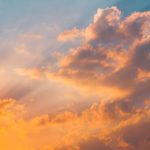 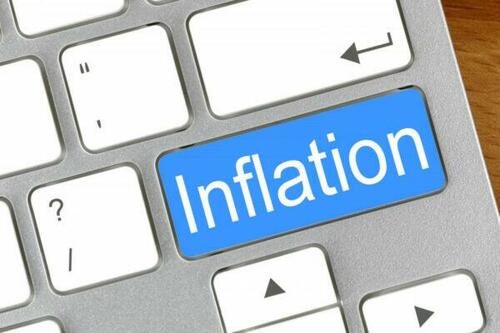 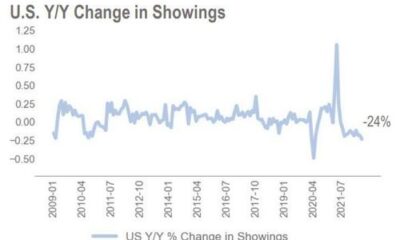 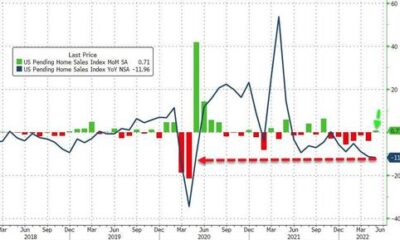 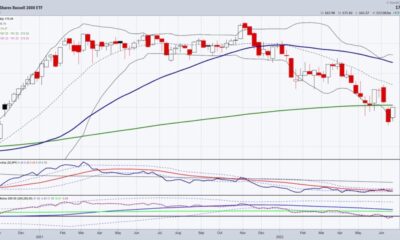 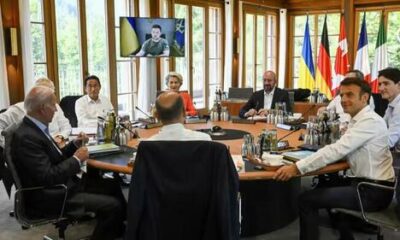 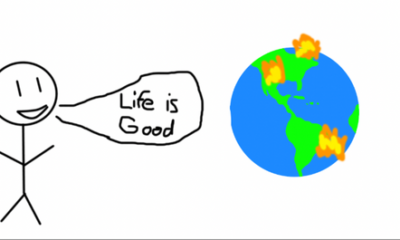 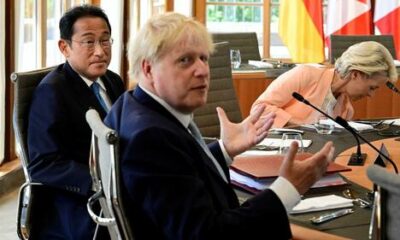 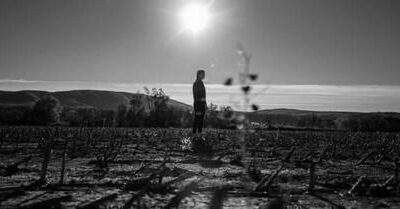 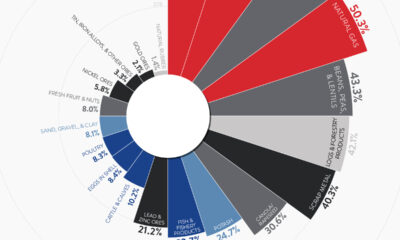