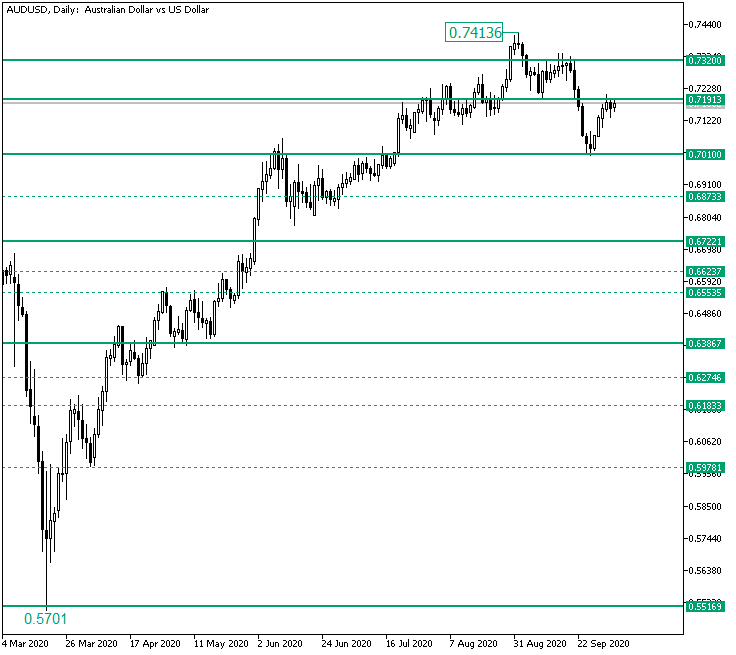 The Australian versus the US dollar currency pair slipped under the 0.7193 level and looks like it has difficulties in regaining it. Could this be a bearish sign?

The appreciation that started from the 0.5701 low advanced until the 0.7413 high. However, after falling beneath 0.7320, the price began a descending movement, as the bullish attempt to validate 0.7191 as support failed.

The bullish missed effort left the bears with enough confidence to be able to break 0.7191. After they succeded in this direction, they extended the fall until the 0.7010 old resistance level.

At this point, the market participants could expect that, as it turned to support, 0.7010 is ready to fuel the resumption of the rise. However, on October the 2nd, the market printed a hanging man, a pattern that usually signals a change of direction, from bullish to bearish, or, at least, a pause of the appreciation.

However, bullish advancement seems to have stopped in its tracks, as after reaching the midpoint, at 0.7209, it dropped under 0.7170 instead of validating it as support.