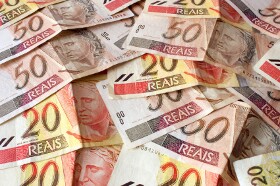 The Brazilian real weakened against multiple currency rivals in the middle of the trading week, driven mostly by higher-than-expected inflation last month. Investors are also keeping an eye on monetary policy as the central bank is anticipated to leave interest rates at historic lows. Despite being one of the worst-performing currencies in foreign exchange markets, the real has rebounded more than 4% against the US dollar over the last month.

In November, the consumer price index (CPI) rose 0.89%, up from 0.86% in October. This marked the third consecutive increase in price inflation. The CPI surged to an annualized rate of 4.31% last month, which is the highest level in nearly a year. It was also higher than the market forecast of 4.2%.

Earlier this week, the government reported that automobile production weakened, rising just 0.7% in November. This is down from the 7.4% spike in October. New car registrations, however, increased by 4.6% last month.

Traders will be homing in on the December monetary policy meeting. Market observers do not think officials will move on interest rates, leaving the benchmark rate at 2%. Still, this remains the lowest rate on record.

At the end of last month’s policy meeting, officials warned that inflation is running higher than initially projected. It is unclear if policymakers will tighten policy should inflation run higher next year. The Committee did note that current economic conditions require continued monetary and fiscal stimulus.

In the third quarter, Brazil’s gross domestic product (GDP) expanded at an all-time high of 7.7%, up from a record 9.6% collapse in the second quarter. The economy witnessed tremendous growth in construction, manufacturing, mining, and utilities. This might play a factor in the central bank’s near-term decision-making.

The second wave of COVID-19 seems to have hit the South American country. The nation had made progress, with some days reporting zero confirmed cases. However, the number of single-day infections has surged to as high as 51,000 on Tuesday. In total, Brazil has reported 6.67 million coronavirus cases, with a death toll of 178,000.