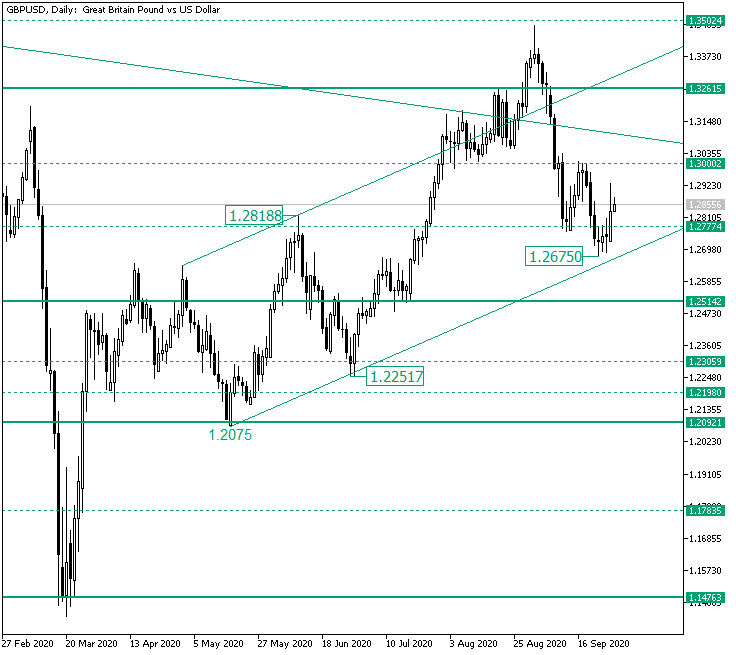 The Great Britain pound versus the US dollar currency pair seems to have shifted the course. Is this the real thing, or it’s just the bears preparing a new depreciation?

After the rally started by the confirmation of 1.1476 as support, the price sprang an ascending movement that stopped near the 1.3502 intermediary level.

However, shortly after, the price dropped under the area it had just conquered, an area defined by the 1.3261 level, the descending trendline, and the upper line of the ascending channel.

This led to a bearish movement that — as of writing — extended to as low as 1.2675. This bearish advancement came into being after the failed bullish attempt to start a sustainable rally from the 1.2777 intermediary level — as the rally halted at 1.3000, thus handing the ball to the bars.

But the bulls seem to be reluctant, attempting a comeback after rotating from the 1.2675 low and sending the price above 1.2777.

On the other hand, considering the convincing bearish profile, any rise towards 1.3000 may be seen as a bearish opportunity. Also, if the price falls under 1.2777, then the bears could continue the trip to 1.2514.

However, following the consolidation phase beneath the pierced 1.2675 level — which was a bearish attempt to secure it as resistance — that failed, the price printed an upward leg, etching the 1.2930 high.