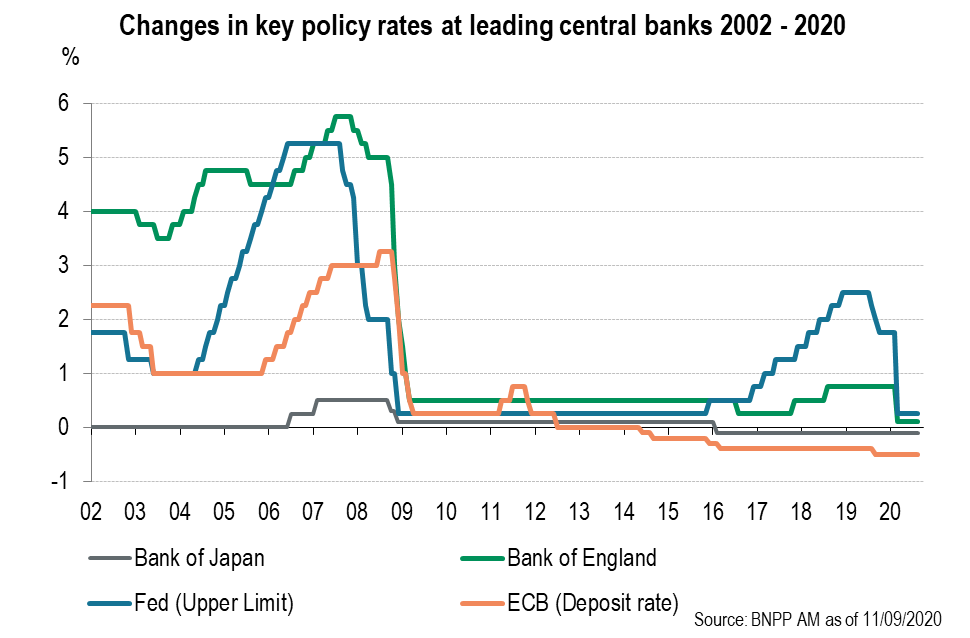 As expected, the European Central Bank’s governing council did not adjust its monetary stance at the September policy meeting – that is, key ECB interest rates, the various asset purchase programmes and the forward guidance on interest rates and asset purchases were all left unchanged.

Nor was there any particular indication from policymakers of an intention to deliver further stimulus in December – for example via an expansion of the multibillion euro envelope of asset purchases under the Pandemic Emergency Purchase Programme (PEPP).

In fact, it would seem that the governing council is still debating whether it will definitely deliver all the asset purchases already announced.

After the meeting, President Christine Lagarde was only prepared to say that it is ‘very likely’ that the full PEPP envelope will be used.

Euro appreciation gets no mention

As discussed in our extensive preview of the latest ECB meeting, the significant appreciation of the euro’s nominal effective exchange rate in recent months potentially has implications for the macroeconomic outlook for the eurozone, depressing activity and likely leading to weaker import prices.

President Lagarde said the ECB would “carefully assess incoming information, including developments in the exchange rate, with regard to its implications for the medium-term inflation outlook”.

With inflation in the eurozone already far below the ECB’s target, it is difficult to be sanguine about this further source of disinflation.

On the premise that currencies are more sensitive to differentials in short-term interest rates, the natural tool to respond to an appreciation of the euro would be a cut in the deposit rate.

As the graph of the week shows, the ECB has the lowest key policy rate among the major developed economy central banks.

Is the deposit rate as low as it can get?

The ECB’s problem is that the deposit rate may already be close to the lower bound, or a related concept called the reversal rate – the point at which cuts in the policy rate become counterproductive and contractionary via the banking channel.

It also has to be borne in mind that the reversal rate (and hence the lower bound) rises over time – that is, negative rates become more painful for banks as time passes unless mitigating measures such as tiering are employed.

The ECB’s inaction may mean the governing council believes that the deposit rate is close to the lower bound. After all, while the COVID-19 pandemic led to the largest negative economic shock in living memory, the deposit rate was left unchanged.

As we noted previously, even if the ECB has reached this conclusion, it is unlikely that it would announce this view to the market because the result would likely be a counterproductive tightening in financial conditions as any expectations of further cuts were removed from pricing.

We now expect the council to try to talk the euro down, using verbal intervention and perhaps highlighting its willingness to cut the deposit rate in the future.