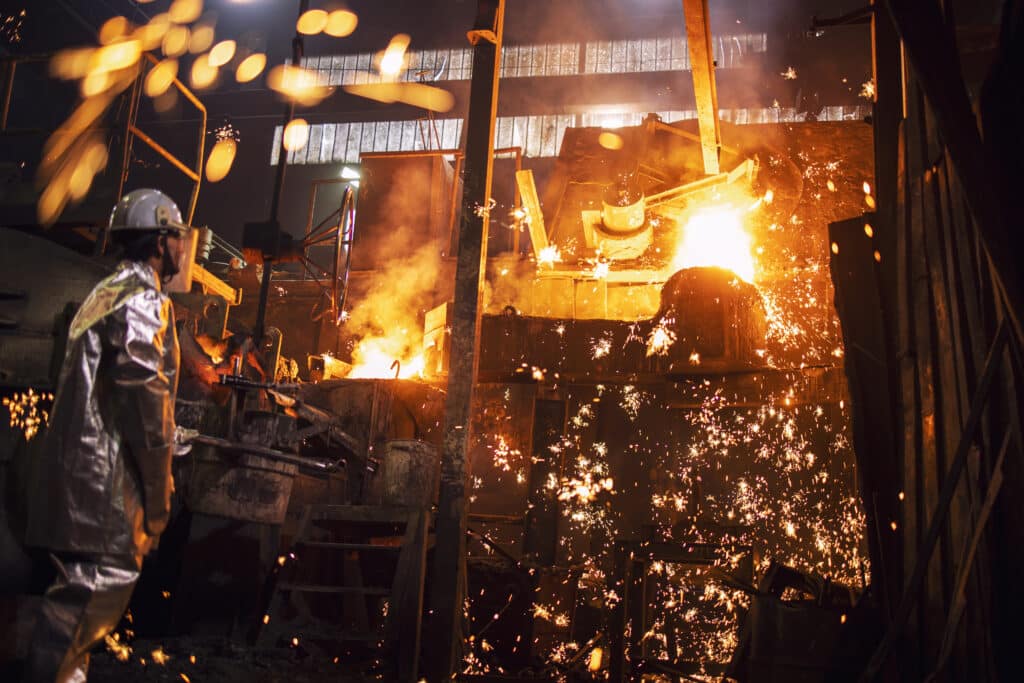 Is it all doom and gloom for Chinese steel manufacturing? It’s hard to tell at the moment. Indeed, China finds itself in a precarious place financially. What’s more, a sizable section of global financial and stock analysts have predicted the crises will only get worse as the country prepares to face its toughest winter yet.

But that is only half the story. A financial downward spiral hit the Chinese economy hard. Among the most widely hit industries are its steel and iron ore sectors. The present crisis started about a year ago. That’s when a leading Chinese property developer, Evergrande, announced that it could no longer support some $300 billion in liabilities.

While that alone was enough to set off a panic, the Chinese authorities’ reaction time only worsened the situation. A few months ago, the Chinese government announced a fresh fiscal stimulus. However, many experts say it was too little too late. The country’s industries were already reeling from a fresh COVID-19 outbreak, frequent power cuts, and the Ukraine invasion.

What can’t be argued is that China no longer appears like the global powerhouse it was just a year ago. Now global media, like this article in Forbes, say that “what China is experiencing is a textbook illustration of how a financial crisis unfolds.”

Steel and other commodity markets are constantly shifting. Get all of the latest updates with MetalMiner’s weekly newsletter.

With every passing day, the Chinese economy gets weaker. And despite last-minute infrastructure spending by the government, they may not achieve their real economic growth rate goal of 5.5%.

The Chinese steel industry and those companies supplying it with raw materials like iron ore now face a bleak future. As they head into the second half of the year, the steel manufacturing industry’s profitability has already dropped massively. In fact, less than 20% of companies announced a profit in July. When compared with the 80% who enjoyed profitability before March, it’s easy to see the grim outlook. In recently released forecasts, only about five of the 25 domestically listed steel companies estimated a rise in their profits for the first half of the year.

China is not only one of the world’s biggest steel manufacturers but also its biggest steel consumer. It took the mantle of the largest steel producer back in 1996, but production reached a record 1.07 billion tons as recently as 2020. Despite these impressive numbers, domestic companies account for around 95% of Chinese steel consumption. Without them, the steel simply has nowhere to go.

At present, China’s steel production capacity is 1.2 billion tons a year, with annual consumption hovering around 1 billion tons. However, a lack of interest from real estate developers after the real estate crisis has caused many projects to shut down, reducing steel uptake. After all, real estate and auto manufacturing are some of the biggest steel consumers in the country. Meanwhile, around 29% of Chinese real estate companies claim to be nearing bankruptcy.

Are you under pressure to generate steel cost savings? Make sure you are following these five best practices.

Does Chinese Steel Have Nowhere to Go But Down?

When the world’s biggest staple in steel manufacturing, China Baowu Steel Group, issued a warning at an internal meeting over the “great challenges” presented by tumbling sales, falling prices, and declining profitability, it raised a lot of red flags. In response, Chinese officials continue to try solution after solution.

Along with the fiscal stimulus, the government also set up a US $3 billion (20 billion yuan) state-owned China Mineral Resources Group. The aim was to jockey itself into a bargaining position in the world steel manufacturing market. This market remains dominated by four mining giants: Rio Tinto Group, BHP Group, Fortescue Metals Group, and Vale.

So, is 2022 the end of Chinese steel? According to a major section of analysts, the answer is “yes.” These men and women feel that China’s demand for steel has peaked, and all that remains is a slow downward spiral.

But with China’s financial crisis, the Politburo, China’s chief policy-making body, is still fumbling over various counter-measures to their steel manufacturing woes For example, it recently said that local and provincial governments should take the lead in dealing with financial strains, which many see as just another example of “passing the buck.”

The MetalMiner Annual Outlook consolidates our 12-month view to provide buying organizations with a complete understanding of the fundamental factors driving prices. Get a detailed forecast to help source metals for 2023, with expected average prices, support and resistance levels, and more.