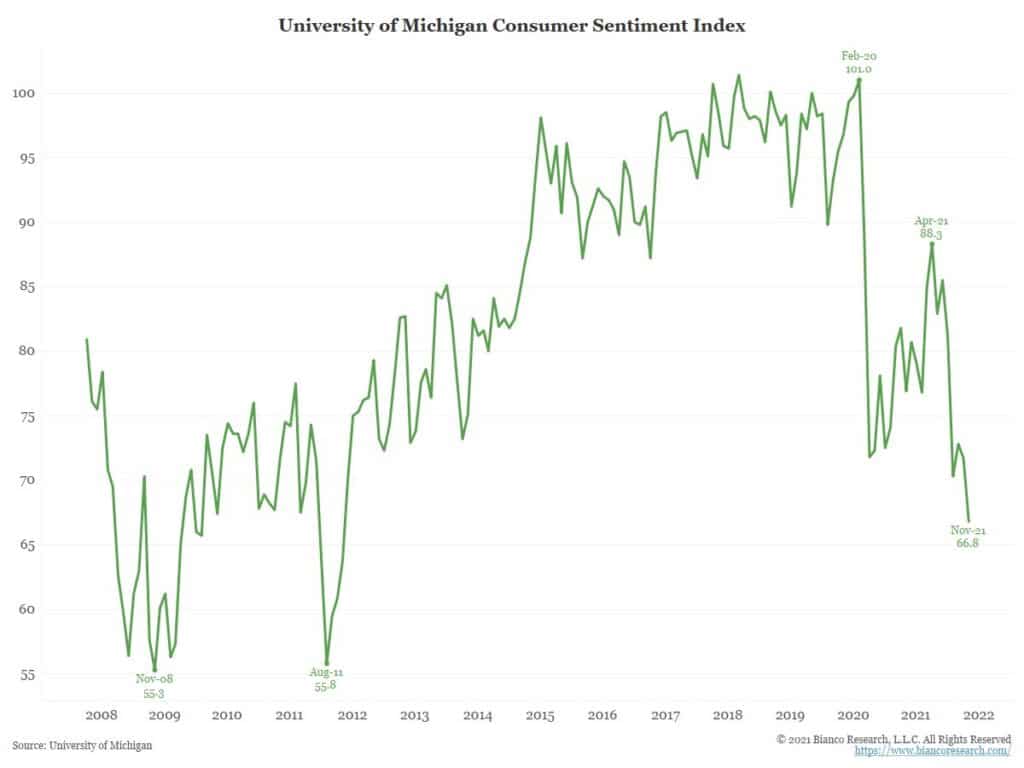 The latest University of Michigan Consumer Sentiment Survey fell sharply to a new 10-year low. Despite dour consumer sentiment, investor sentiment is optimistic. Stocks rallied on Friday despite little news and light volume. Given the recent spate of weak volume, it doesn’t take much to move markets. Likely some of the impetus is coming from the options markets which seem to be increasingly the marginal driver of stock prices. With options expiration occurring on Thursday, we should prepare for the possibility of significant swings this week.

Market Stalls Ahead Of Options Expiration

Unlike recent weeks, this past week saw the market begin to consolidate recent gains ahead of options expiration next Friday. However, as we discussed previously, pullbacks have occurred with regularity. Interestingly, as noted by the vertical lines in the chart below, these pullbacks occur near option expirations.

Given the options expire next week, is there more volatility coming? Maybe. As noted in the chart above, the MACD signal is very close to triggering a short-term “sell” signal from an elevated level, and the market remains very overbought.

Does this mean the market will experience a significant contraction? A pullback to the short-term moving averages would not be surprising and would encompass about a 3-4% drawdown.

What would cause such a correction? I don’t know. However, we are entering the mutual fund distribution season where fund managers need to distribution capital gains, dividends, and interest. Given that most funds are carrying very low cash levels, they will likely have to sell holdings to make those distributions.

However, the good news is that a pullback would set the market up for the traditional end-of-year “Santa Claus” rally.

The University of Michigan Consumer Sentiment Survey fell more than expected to 62.8. The one-year inflation expectation ticked up from 4.8% to 4.9%. The report states: “Consumer sentiment fell in early November to its lowest level in a decade due to an escalating inflation rate and the growing belief among consumers that no effective policies have yet been developed to reduce the damage from surging inflation.”

The BLS reports there are now 10.438 million job openings, slightly better than forecasts of 10.30 million. The two graphs below show the extreme imbalance between the number of job openings and the unemployment rate. The ratio of the two in the bottom graph is at 20-year highs. The “quits” rate rose from 2.9% to 3%, another sign of a robust labor market. Our latest article, What a Rate Hike in 2022 Might Mean for “Stonks“, discusses how the labor market is much healthier than the Fed believes.

Rivian vs Ford and Gm

Rivian (RIVN) is the latest company to benefit from the electric vehicle stock craze. Its stock went public on Wednesday and now has a market cap of over $100 billion. We thought it would be helpful to compare RIVN to Ford and GM for proper context. Keep in mind, both Ford and GM, have numerous electric vehicles for sale and more models in the pipeline.

Speculative investors are putting the cart well ahead of the horse. They seem enamored with new entrants without contemplating established automakers with extensive financial and manufacturing means competitive electric vehicles for sale.

JNJ is Splitting Into Two

Johnson and Johnson (J&J) will split into two companies, separating consumer health goods from its medical devices and prescription drug businesses. The split will occur within the next two years. Shares of JNJ are up on the news. We currently hold a 1.5% of JNJ in the Equity Model. (Rumor is the two new companies will just be called Johnson)

The chart below, courtesy of Charlie Bilello, compares IBM’s market cap to its buybacks and declining shares outstanding. Over the last 20 years, IBM has repurchased $132 billion worth of its shares. Its current market cap is now only $113 billion. Simply, they threw away a lot of money. Imagine what its market cap would be had they invested the $132 billion into other companies or projects that would boost earnings?

Yield Curves Are Starting to Invert

An inversion in the 2-year/10-year U.S. Treasury yield curve is frequently a precursor for a recession and accordingly well followed by investors. Other parts of the yield curve can give us hints about the future shape of the 2-year/10-year curve. For instance, the graph below shows the 20-year/30-year yield curve. It is currently inverted by about five basis points, having flattened by nearly 30bps in the last year. While not a precursor for a recession necessarily, it does warn the entire curve is flattening.  The last time the 20-year/30-year curve was inverted was in the period leading up to and during the financial crisis.