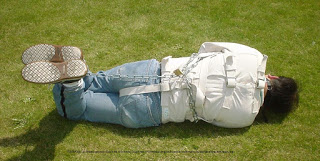 Writing for the Brookings Up Front blog, Stuart Butler and Timothy Higashi urge fiscal policymakers to look beyond the current crisis. Extraordinary short-term spending is justified, they agree, but, they urge that “we also need to put in place – ideally as part of ongoing stimulus measures – procedures that will help policymakers and the public to prepare for the less urgent but equally important task of managing the future fiscal and economic threats from today’s emergency actions.”

They are right that we need better long-term fiscal rules to avoid long-term budget chaos. Even more importantly, we need good rules to avoid premature austerity that could slow the recovery, as happened half-way through the rebound from the 2008 financial crisis. But just what should the rules look like?

Above all, in my view, any such rules must not become a fiscal straitjacket that would impair our prosperity for years to come. The once-popular notion of a balanced budget amendment is a classic example of what we do not need. A rule requiring annual budget balance would be profoundly procyclical. It would require cutting expenditures when tax revenues fell during a slump, and in boom times, it would put no real constraint on tax giveaways like the 2017 Tax Cuts and Jobs Act.

No one seems to be pushing a balanced budget amendment now, but some ideas that are floating around would not be much better. One example is the Enzi-Whitehouse plan (S.2765), which Butler and Higashi are a good deal warmer toward than I am. As I read it, the central pillar of the Enzi-Whitehouse plan is a hard cap on the debt-to-GDP ratio that could be overcome only by a supermajority. Unless the bill were very carefully crafted, it would become a de-facto balanced budget requirement as soon as the debt ceiling were reached, which it inevitably would be. If the current draft of the bill contains safeguards to keep that from happening, I can’t spot them in the text.

In any event, as I have explained at length elsewhere, the debt ratio is the wrong target. If we want a rule that is sustainable while managing taxes and spending without prolonging expansions or deepening recessions it should focus on the primary structural balance (PSB) of the budget, not the debt ratio.

The primary structural balance differs from the ordinary way of measuring the federal deficit or surplus in two ways:

Targeting the primary structural balance would not mean letting the debt go crazy. Taking into account variables like the economy’s long-run rate of growth relative to market interest rates, the PSB target could be set to hold the debt ratio steady, if that is what policymakers wanted, or to allow it to gradually grow or decrease along a controlled path.

This slideshow gives details the math behind the choice of targets. For example, under conditions that that prevailed as of 2019, a PSB of -1.36 percent of GDP (that is, a small primary structural deficit) would have held the debt ratio constant while maintaining cyclical neutrality. Any smaller deficit would be enough to ensure that the debt ratio would gradually decrease. An actual primary structural surplus would not be necessary.

Once established, the PSB target would apply year-in, year-out, with one exception: In unusually severe downturns, as in 2008 and 2020, the Fed may find it necessary to cut its policy interest rate all the way to zero, or functionally close to it. When that happens, conventional monetary policy loses its power. Any further stimulus to aggregate demand then requires the Fed and the Treasury to cooperate in the conduct of quasi-fiscal policies such as quantitative easing and direct loans to businesses and government entities. The PSB target should be automatically suspended under those conditions to make such policy coordination between fiscal and monetary authorities possible.

It is hard to know exactly where the budget balance, debt ratio, and interest rates will stand when we finally begin to emerge from the COVID crisis. However, it is about as certain as such things get that nominal interest rates on the federal debt will remain below the rate of inflation for the foreseeable future, as has been the case consistently since the turn of the century. (Again, this slideshow provides details.) If so, it will be possible for the U.S. economy to continue to operate at a moderate primary structural deficit with no danger of an “exploding debt” scenario.

Does a primary structural balance target sound too wonky to implement? It is not. Rules of that kind have been successfully implemented in countries like Swedenand Chile.They have not always worked perfectly – what human institution does? – but U.S. policymakers could learn a lot from studying those countries’ experiences.

One further consideration deserves a mention: Any fiscal policy rules that are implemented should not only be cyclically neutral, but neutral with respect to the size of government. Conservatives instead often propose that such rules should place a constraint on the overall size of government. The Republican Study Committee is the latest to revive the idea of capping the size of the federal government as a percentage of GDP.

Any such constraint would be a mistake. In reality, there is little evidence to support the idea that small government is necessarily good government. On the contrary, the available evidence, as I read it, shows that the key to freedom and prosperity is not the size but the quality of government, as defined by things as the rule of law, protection of property rights, and government integrity. To the extent that the size of government matters at all, countries with larger government revenues and expenditures tend to be be freer and more prosperous. (See here and here for my earlier analysis to that effect. New data confirm those findings.)

Of course, the optimal size of government will remain a subject of debate as long as we have a republic, and that is as it should be. The point I would like to make here is that whether one thinks the government as a whole is too large, too small, or just right, that issue should be separate from the debate over the proper size of the annual federal deficit or the accumulated debt. It has no place in the formulation of fiscal policy rules.

The bottom line: Butler and Higashi are right that we need to think now about the long-term fiscal consequences of emergency spending to deal with the COVID crisis. But in doing so, we must avoid putting ourselves in a fiscal straitjacket that would unwisely constrain future policy.