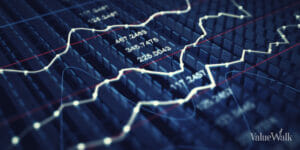 Several stocks hit limits down or up due to technical issues that were fixed after a few minutes. The explanation of how the erroneous trades will be reset has yet to be announced. In the meantime, the equity indexes are off their lows but still down modestly after the first hour, with the S&P still above 4,000, the Dow above 33,500, and the NASDAQ above 11,300.

On the earnings front, 3M (NYSE:MMM) reported a beat on the top and a miss on the bottom and guided down their 2023 forecast. The stock is down 6.2% today, 6% YTD. General Electric (NYSE:GE) reported beats top and bottom but is down 0.9% today, yet up 19.2% YTD. Despite problems in the housing market, DR Horton reported strong beats top and bottom, is up 1.8% this morning, and +7.5% YTD.

On the economic front, both the Manufacturing PMI and Services PMI came in somewhat stronger than forecast but both remained below 50, a sign of contraction. CNBC reported their “Rapid Update” from a select group of Wall Street economists with a sobering outlook: The Quarterly GDP forecast was for 2.58% in 4Q22 falling to 0.19% in 1Q23, -0.05% in 2Q’23, 0.28% in 3Q’23 and 0.26% in 4Q’23. This is much more of a slowdown than equities currently reflect.

On a positive note, the same survey saw Core PCE forecast dropping from 4.8% in 2022 to 3.2% in ’23 and 2.3% in 2024, which if reasonably accurate should allow the Fed to temper their tight monetary policy. The market was not influenced by these forecasts, with equity indexes flat by 10 am.

Interest rates had spiked several basis points on the open but are now lower on the day. Gold did a similar move; down on the open, now higher. Energy prices are modestly lower. Stocks are still having a very strong January and earnings are not disappointing overall.

The next big milestone besides the majority of earnings yet to come, remains the Fed increase next Wednesday.

A mattress-reviewing website is seeking study participants willing to get paid $1,000 to eat cheese snacks before going to sleep. Sleep Junkie announced it is seeking five “dairy dreamers” for a study that seeks to address the commonly held belief that consuming cheese or other dairy products before bed leads to nightmares. Source:UPI. See the full story here.