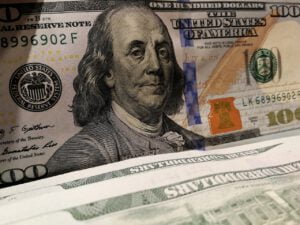 Tolerance For Above-Average Inflation Is Dangerous

With rates kept near zero by the Federal Reserve for quite some time, the Chairman has changed language around being flexible in managing inflation. The current election cycle poses a serious risk that can only be solved by making some very politically unpopular actions in the near future. America’s new tolerance for above-average inflation is dangerous.

Federal Reserve Chairman Jay Powell is advocating a policy for tolerance of higher-than-average inflation rates for short periods of time. The language may have changed, but actions did not. The Fed has kept rates near zero for a while now. What did change is the language concerning “flexibility” as it relates to one of the two mandates for the Federal Reserve. Once upon a time, managing inflation was the only real mandate of the Federal Reserve. Powell suggests the Fed would only tolerate heightened levels of inflation for a short period of time. However, economists think it will be easy to control inflation once the genie is out of the bottle. Additionally, the Fed did not specify how long this period of tolerance would be nor how high they would allow inflation to climb in order to achieve an “average” inflation rate of around 2%.

Compounding the issue, people have been forced to stay home, not work, not generate revenue to support their businesses or families, and in return, the U.S. government gave many people money through one program or another. The question is, how are we going to normalize the economy, minimize the economic pain of this debt, and how can families prepare for the potential consequences of all of this?

Real Intelligence, LLC President Jeffrey Mount explains how inflation—even a 1% increase—wreaks havoc with the economy, people’s investments, and savings, and how taxes muddle the situation.

“The trap we are currently finding ourselves in is a serious one that can only be solved by making some very politically unpopular actions in the near future,” Mount said.

Jeff has been active in the financial services business for the last 25 years. His unique skill set includes sales, sales coaching, strategy, and client service modeling. In 2008, he created a very unique training program, which is now called the Essential Family Office, that has helped financial consultants achieve significant growth of their assets under management and in a more scalable format. On average, these consultants saw an annual increase of $28 million in new assets under management in the first year upon completion of the training.

The post Fed’s Tolerance for Above-Average Inflation Will Have Chilling Affect on Investors appeared first on ValueWalk.