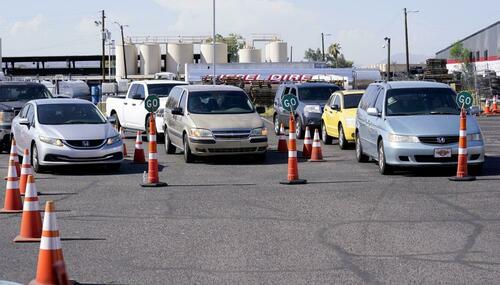 Despite US unemployment approaching multi-decade lows, food banks across the country are working overtime as inflation has forced many to turn to charity in order to feed their families.

As overall CPI has soared to a 40-year high of 9.1%, skyrocketing food and energy prices in particular are squeezing tapped-out consumers, along with rapidly rising rents and an end to federal COVID-19 relief.

Looking at this another way, an adjusted “misery index” – which combines US labor force participation with CPI – hasn’t been this high since the early 1980s.

Which brings us back to food lines. As AP reports: “The food banks, which had started to see some relief as people returned to work after pandemic shutdowns, are struggling to meet the latest need even as federal programs provide less food to distribute, grocery store donations wane and cash gifts don’t go nearly as far.”

Tomasina John was among hundreds of families lined up in several lanes of cars that went around the block one recent day outside St. Mary’s Food Bank in Phoenix. John said her family had never visited a food bank before because her husband had easily supported her and their four children with his construction work.

“But it’s really impossible to get by now without some help,” said John, who traveled with a neighbor to share gas costs as they idled under a scorching desert sun. “The prices are way too high.” -AP

According to the report, “the same scene is repeated across the nation,” while food bank workers are predicting a ‘rough summer’ keeping ahead of demand.

“It does not look like it’s going to get better overnight,” said Katie Fitzgerald, president and chief operating officer for the national food bank network Feeding America. “Demand is really making the supply challenges complex.“

More than 900 families line up at the distribution center every weekday for an emergency government food box stuffed with goods such as canned beans, peanut butter and rice, said Brown. St. Mary’s adds products purchased with cash donations, as well as food provided by local supermarkets like bread, carrots and pork chops for a combined package worth about $75. -AP

At the Alameda County Community Food Bank in Northern California, distribution has risen sharply after hitting a pandemic low at the beginning of the year – increasing from 890 households to 1,410 households on the third Friday in June, according to marketing director Michael Altfest.

Houston’s food bank – the largest in the US – saw a peak of 1 million pounds of food per day, up from around 500,000 pounds per day before the pandemic, according to spokeswoman Paula Murphy.

“A lot of these are people who are working and did OK during the pandemic and maybe even saw their wages go up,” said Michael Flood, CEO for the Los Angeles Regional Food Bank. “This issue with inflation came on pretty suddenly.“

And according to Alameda County Food Bank’s Michael Altfest, as many as 10% of the people now seeking food are first timers, while a growing number of people are showing up on foot rather than in cars.

And as Fitzgerald pointed to, supply chain issues are also becoming a problem – something echoed by Altfest.

“We used to reorder when our inventory dropped to three weeks’ worth, now we reorder up to six weeks out,” he said, adding that the food bank has already ordered food for Thanksgiving.

“The prices of food are so high and they’re going up higher every day,” said Diane Martinez, who lined up one recent morning on foot in Los Angeles, adding “I’m so glad that they’re able to help us.” 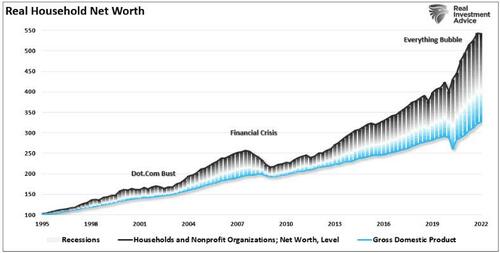