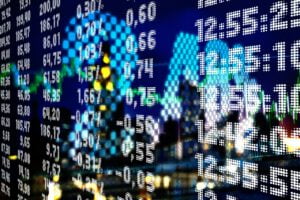 September 24, 2020 Update: Credit Suisse analysts say the FTSE 100 Index appears to be building a top, and they expect renewed underperformance. If the index falls below 5778 and 5765, it would confirm that the recovery from March is over. They see support at the 50% retracement of the March to June up move at 5705 and the May low of 5661.

Below that level, they see 5515 as possible at the 61.8% Fibonacci retracement. If that level breaks too, then they believe the entire March to June uptrend could be fully retraced. Only if the index rises above 6089 or 6124 do they think it’s likely that the index will shift into a sideways range.

“The UK remains in a relentless downtrend relative to Global Developed Equities, which remains our base case, and we look for the trend to extend freshly lower,” Credit Suisse analysts wrote in a recent report.

Powell’s new policy is based on average inflation targeting, and his announcement was as expected. U.S. stocks surged after his speech despite weak economic data that revealed first-time jobless claims remained above 1 million.

Meanwhile, the FTSE 100 remained lackluster, initially flipping into the green after the Fed chairman’s Jackson Hole speech but then moving back into the red before the market closed for the day.

FTSE 100 Index: What is it and how can you invest?

Whenever we read or talk about international stock markets, the name ‘footsie’ or FTSE 100 index (INDEXFTSE:UKX) pops up again and again. It’s an index is managed by the Financial Times Stock Exchange (FTSE) Group, which is a subsidiary of the London Stock Exchange Group. The FTSE 100 index was created in January 1984 with a base value of 1,000 points. As of April 24, the index is at 5808.08, meaning its constituents have grown nearly six times in valuation.

The index represents about 80% of the total market cap of the London Stock Exchange, which is one of the world’s largest stock exchanges. It includes large companies based in the UK as well as many others headquartered outside the country.

The index value is calculated in real time and is published every 15 seconds. The FTSE Group adds or removes constituents in the index once every quarter depending on their market capitalization, liquidity, and other factors. The readjustments typically take place on the Wednesday following the first Friday in March, June, September, and December.

Investors can gain exposure to the FTSE 100 index and its constituents easily through exchange-traded funds (ETFs). However, there aren’t any FTSE 100 ETFs trading on American stock exchanges. Some footsie constituents have their American Depository Receipts (ADRs) listed on the US exchanges, which you can buy.

The post FTSE 100 Index may be forming a top appeared first on ValueWalk.