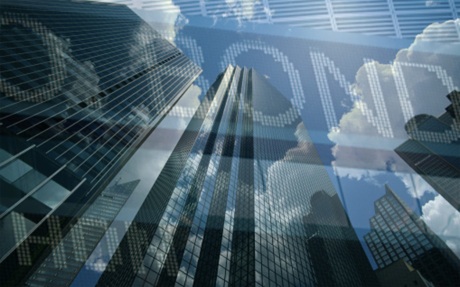 The Federal Open Market Committee (FOMC) has increased the target interest rate by 3.75 percentage points since March 17, 2022. In this post we examine how corporate bond market functioning has evolved along with the changes in monetary policy through the lens of the U.S. Corporate Bond Market Distress Index (CMDI). We compare this evolution to the 2015 tightening cycle for context on how bond market conditions have evolved as rates increase. The overall CMDI has deteriorated but remains close to historical medians. The investment-grade CMDI index has deteriorated more than the high-yield, driven by low levels of primary market issuance.

What’s new with the CMDI?

Financial markets have been moving in response to changes in interest rates, and market commentators and the Federal Reserve’s November 2022 Financial Stability Report have noted strained market conditions. Since the FOMC began increasing the target range for the federal funds rate on March 17, the CMDI has risen from 0.13 to 0.27, representing a change from the 13th percentile to modestly above the historical median of bond market conditions. Looking into the different types of corporate bonds by default risk, the high-yield (HY) index remains just below the historical median, but the investment-grade (IG) index is in the top quintile, indicating strains in market functioning.  Increases in the CMDI are consistent with liquidity strains in other debt markets where policy uncertainty for interest-rate-sensitive securities is associated with reduced liquidity. Heightened policy rate uncertainty makes intermediation in debt securities markets risky as positions held even for a short period of time may fluctuate in value substantially.

While prices inform the CMDI, it measures market functioning, not market values. A change in the prospects for the economy may lower bond prices as default probabilities increase. But market functioning may go up or go down, as other parts of the index change, such as bid-ask spreads, default-adjusted spreads, and conditions for bonds that don’t trade. So, changes in the CMDI do not necessarily forecast future bond prices. Instead, the CMDI matters for understanding the functioning of the capital markets that provide debt to fund the real economy.

Unlike other market functioning measures, the CMDI characterizes jointly the ease of access to primary credit market issuance and the ease with which that issuance can be re-traded in secondary markets. In particular, the CMDI includes measures of issuance volume, as compared to both “normal” issuance volumes for the week of the year and to the anticipated amount of debt that will be rolled over in the near future. As we can see in the chart below, these issuance measures have been particularly strained in the IG market due to record-high issuance in 2020 and 2021, which also reduced the amount of debt outstanding that would mature in the next year. That is, the current slowdown in issuance appears to be payback for the market exuberance over the prior two years rather than a breakdown in primary market access for high-quality borrowers.

Over the course of this year, the FOMC has tightened monetary policy at a historically rapid pace. It is thus instructive to compare the evolution of the CMDI over the current tightening cycle to the previous cycle that began in December 2015. The chart below shows that, despite the extraordinary pace of monetary policy tightening in 2022, increases in the CMDI over the course of the year remain relatively small. Indeed, despite the 2022 increases in the CMDI, it remains below its starting point at the beginning of the 2015 cycle, when the CMDI stood at 0.41, closer to the historical 75th percentile. Furthermore, despite monetary policy tightening by 225 basis points since late June, the market-level CMDI has stayed roughly constant and remains below the historical 65th percentile.

Turning to the evolution of the IG CMDI around monetary policy tightening, the next chart shows that the increases in the IG CMDI since the start of the current tightening cycle have been relatively modest. However, the IG CMDI deteriorated rapidly in early 2022, rising from the historical 5th to the historical 65th percentile in the space of eight weeks, likely reflecting the elevated geopolitical uncertainty stemming from the Russian invasion of Ukraine. As we discussed in our prior Liberty Street Economics post, that deterioration was driven by both primary and secondary market metrics. Overall, the IG CMDI has trended sideways recently, with the 2022 peak not substantially above that observed in the 2015 tightening cycle.

All quiet on the corporate bond front?

Although changes in the geopolitical environment and global monetary policy tightening over the course of 2022 have resulted in some deterioration in market functioning, the CMDI remains close to historical levels, with greater signs of potential stress for higher quality borrowers. Going forward, it will be important to monitor how quickly the IG and the HY indices start normalizing. Historically, the IG index has normalized more quickly following stress events and the peak of monetary policy tightening cycles than the HY index. Normalizations in the HY index going forward that are not accompanied by (faster) normalizations in the IG index could be concerning.

Nina Boyarchenko is the head of Macrofinance Studies in the Federal Reserve Bank of New York’s Research and Statistics Group.

Richard K. Crump is a financial research advisor in Macrofinance Studies in the Federal Reserve Bank of New York’s Research and Statistics Group.

Anna Kovner is the director of Financial Stability Policy Research in the Bank’s Research and Statistics Group.

Or Shachar is a financial research economist in Capital Markets Studies in the Federal Reserve Bank of New York’s Research and Statistics Group.